Bugatti reveals its most powerful supercar yet: The $10 million Centodieci 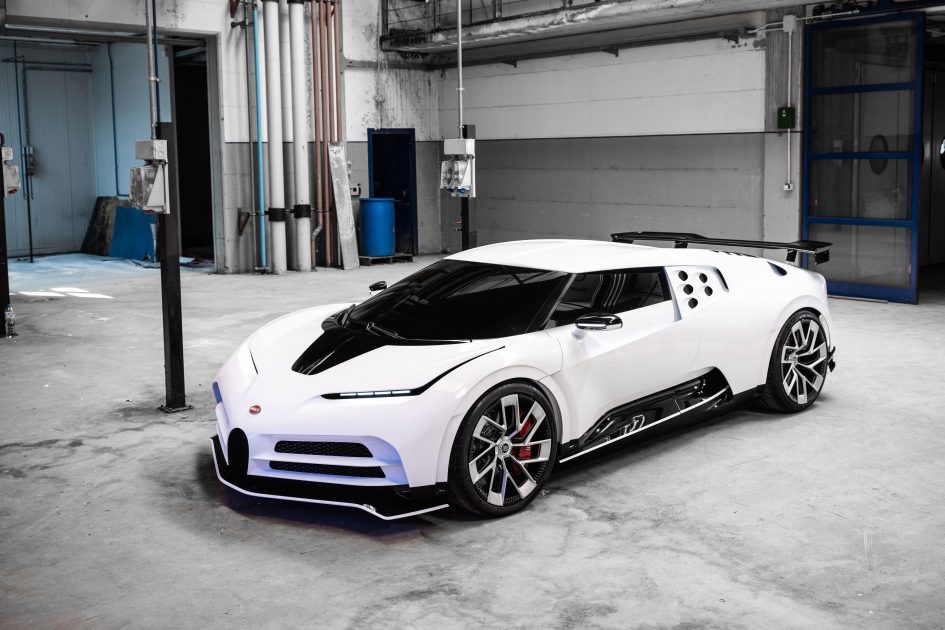 Bugatti debuted its most powerful supercar at Pebble Beach on Friday: a $10 million,1,600 horsepower throwback to the ’90s that sprints from 0 to 62 mph in 2.4 seconds.

It pays tribute to the EB110, the company’s famous supercar of the 1990s. The La Voiture Noire, which literally translates to the black car, and a white Centodieci are both on display at “The Quail: A Motorsports Gathering” car show in Monterey, California, on Friday.

“With the Centodieci we pay homage to the EB110 super sports car which was built in the 1990s and is very much a part of our tradition-steeped history,” Bugatti President Stephan Winkelmann said in a press release. The EB110 is the only Bugatti produced under former Italian owner Romano Artioli at a factory in Campogalliano, Italy, and not at the company’s famous chateau in Molsheim, France.

It’s about 44 pounds lighter than the Chiron. Bugatti did that with a lot of carbon fiber. The car’s windshield wipers and stabilizers both use the material, creating a power-to-weight ratio of just 2.5 pounds per horsepower. With more than 200 pounds of downforce, Bugatti said it corners like the Bugatti Divo — a car built for cornering.

The Centodieci’s design echoes the EB110’s with familiar styling cues like the five circular air intakes toward the back of the car. Bugatti also designed all-new LED headlights to further evoke the Italian wedge shape of the previous car.

“The challenge was not to allow oneself to be captivated too much by the design of the historic vehicle and work solely in retrospect, but instead to create a modern interpretation of the shape and technology of that time,” said Achim Anscheidt, head designer at Bugatti.

The car’s white color is also no coincidence.

“With the communication paint finish in white, we’re demonstrating a powerful contrast with the La Voiture Noire – the black car just presented in March: two completely opposing yet related forces, like yin and yang,” said Winkelmann.

Bugatti made only one La Voiture Noire, which already has a buyer even though the car won’t be ready for at least 2½ years. It plans to build 10 Centodiecis, which will cost roughly $10 million after taxes.

Bugatti’s output is generally very limited, with the company producing just 70 cars a year. It only plans to make 500 of its Chiron supercar, and more than 400 of those were already spoken for as of April, according to the company.