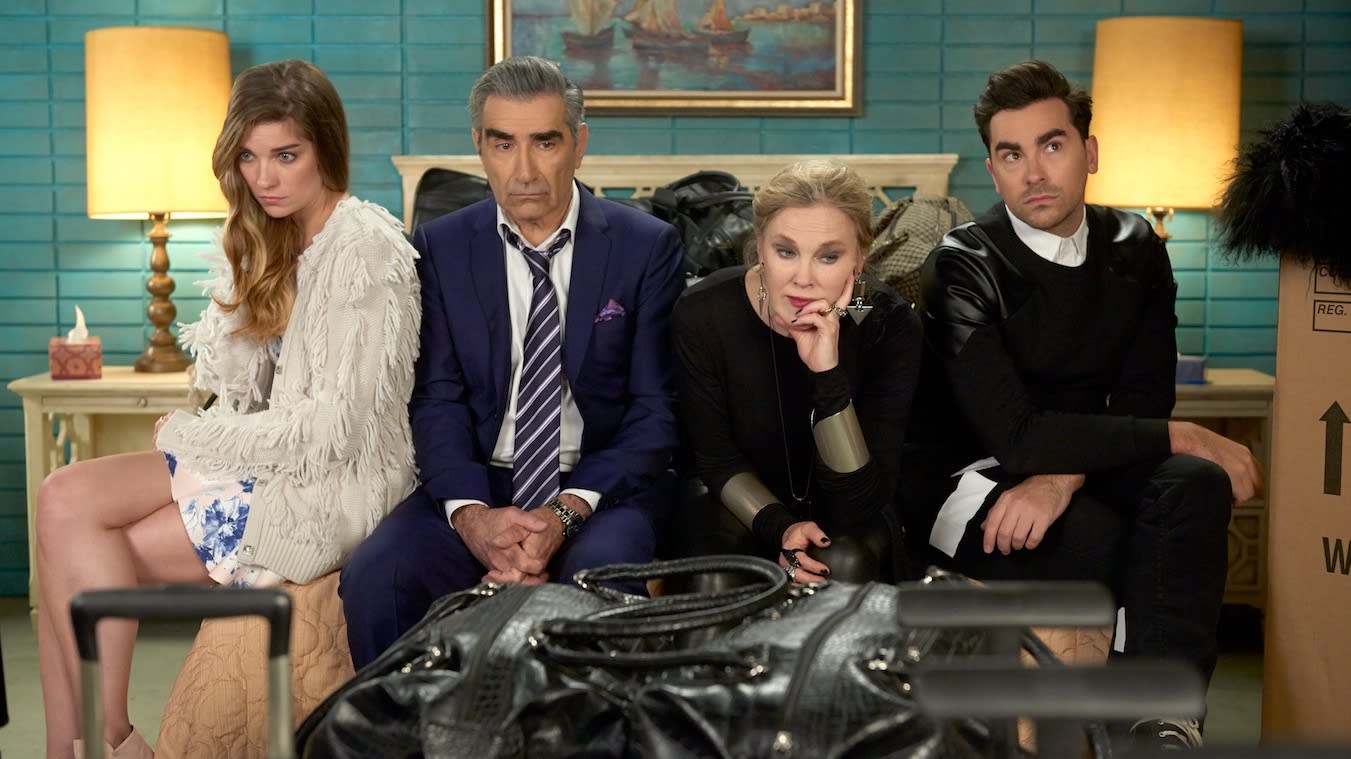 Regina King stars as Angela Abar aka Sister Night in HBO’s “Watchmen.”HBOHeading into the Primetime Emmy Awards ceremony on Sunday night, it may seem like the biggest competition will be between HBO and Netflix.The two networks have the most nominations this year and have battled it out for the most wins over the last few years. HBO remains the reigning champion in that regard.Still, the dogfight between HBO and Netflix is part of a much larger trend in the TV awards circuit: subscription-based services are creating more Emmy Award-nominated and -winning content.In 2020, a disproportionate number of nominees do not require cable or satellite TV to be watched. Of the nearly 600 nominations for both the Creative Arts Emmys and the Primetime Emmys, 385 are held by 12 streaming or premium cable networks.On the other hand, 25 traditional cable networks account for the 208 remaining nominations.Netflix leads the pack with a record 160 nominations. The streaming service snagged nods for its drama shows “Ozark,” “The Crown” “Unbelievable,” and “Unorthodox,” as well as for its comedies “Dead to Me” and “The Kominsky Method,” as well as its competition series “Nailed It.”HBO, which held the previous record last year with 137 nominations, scored 107 nods this year, including 26 for its limited series “Watchmen,” the most of any TV show this year. Streaming services new and old also raked in nominations this year. Amazon Prime Video’s “Marvelous Mrs. Maisel” earned another 20 nods this year and Disney+, which launched in November, scored 19 total nominations including one for best drama series for “The Mandalorian.” Apple TV+, also a first-time nominee, garnered 18 nominations and Quibi tallied 10.To be sure, there are must-see shows on cable. NBC’s “The Good Place,” Pop TV’s “Schitt’s Creek” and AMC’s “Better Call Saul” all secured nominations for this year’s ceremony.”Chidi Sees the Time-Knife” Episode 312 — Pictured: (l-r) Kristen Bell as Eleanor, William Jackson Harper as Chidi, D’Arcy Carden as Janet, Manny Jacinto as Jason, Jameela Jamil as TehaniNBC | NBCUniversal | Getty ImagesNBC tallied 47 total nominations, ABC earned 36, FX garnered 33 and CBS scored 23. Emmy nominations and wins for cable TV shows have shrunk in recent years. While there are breakout programs on these networks and stalwart shows, like NBC’s “Saturday Night Live,” many of the programs that once raked in nominations and wins either ended or aren’t generating the same buzz that they used to.Last year, premium services dominated the primetime telecast, winning 21 out of the 27 awards presented. Some analysts have attributed the decline in cable nominations and wins to the strict broadcast standards that censor obscene, indecent and profane content. Premium services like HBO, Netflix and Prime Video don’t have to follow as many rules.Cable TV is also beholden to both audiences and advertisers. The majority of advertisers don’t want their products or services presented alongside inappropriate language or explicit sex scenes.Streaming services and premium cable networks only need to please their audiences. If subscribers like a show, they’ll continue to pay a monthly fee to watch them.Netflix, HBO and Amazon have also been known to give their content creators more latitude when it comes to storytelling and shell out more money for multi-year contracts.Netflix, in particular, has been keen to scoop up talent. In the last decade it has signed deals with Guillermo del Toro (“Shape of Water”), Ryan Murphy (“Glee”), Shonda Rhimes (“Grey’s Anatomy”) and D.B. Weiss and David Benioff (“Game of Thrones”).Amazon, too, spent $150 million for a five-year contract with the showrunners of HBO’s “Westworld.” New entrants into the space, Apple TV+, Disney+ and even Quibi, have only further proven that quality content can be found without a cable subscription.Annie Murphy, Eugene Levy, Catherine O’Hara and Dan Levy star in “Schitt’s Creek.”Pop TVThat being said, both “Schitt’s Creek” and “The Good Place” are strong contenders in the comedy category this year and could upset “The Marvelous Mrs. Maisel,” which has snagged a number of trophies in years’ past.Last year, Prime Video snatched up awards in this category for Phoebe Waller-Bridge’s “Fleabag.” Notably, both “Schitt’s Creek” and “The Good Place” are shows that ended this year and will not be around for future Emmy Awards.Jodie Comer from the BBC’s “Killing Eve” won the prize for best performance by a lead actress in a drama series. She is nominated again this year, but faces some competition from Olivia Colman, who got a nod for her turn as Queen Elizabeth in Netflix’s “The Crown.”HBO’s “Watchmen” will be hard to beat in the limited-series category, however.The 72nd Emmy Awards will air at 8 p.m. ET on ABC. Here’s the full list of primetime Emmy nominees.Disclosure: Comcast is the parent company of NBCUniversal and CNBC.