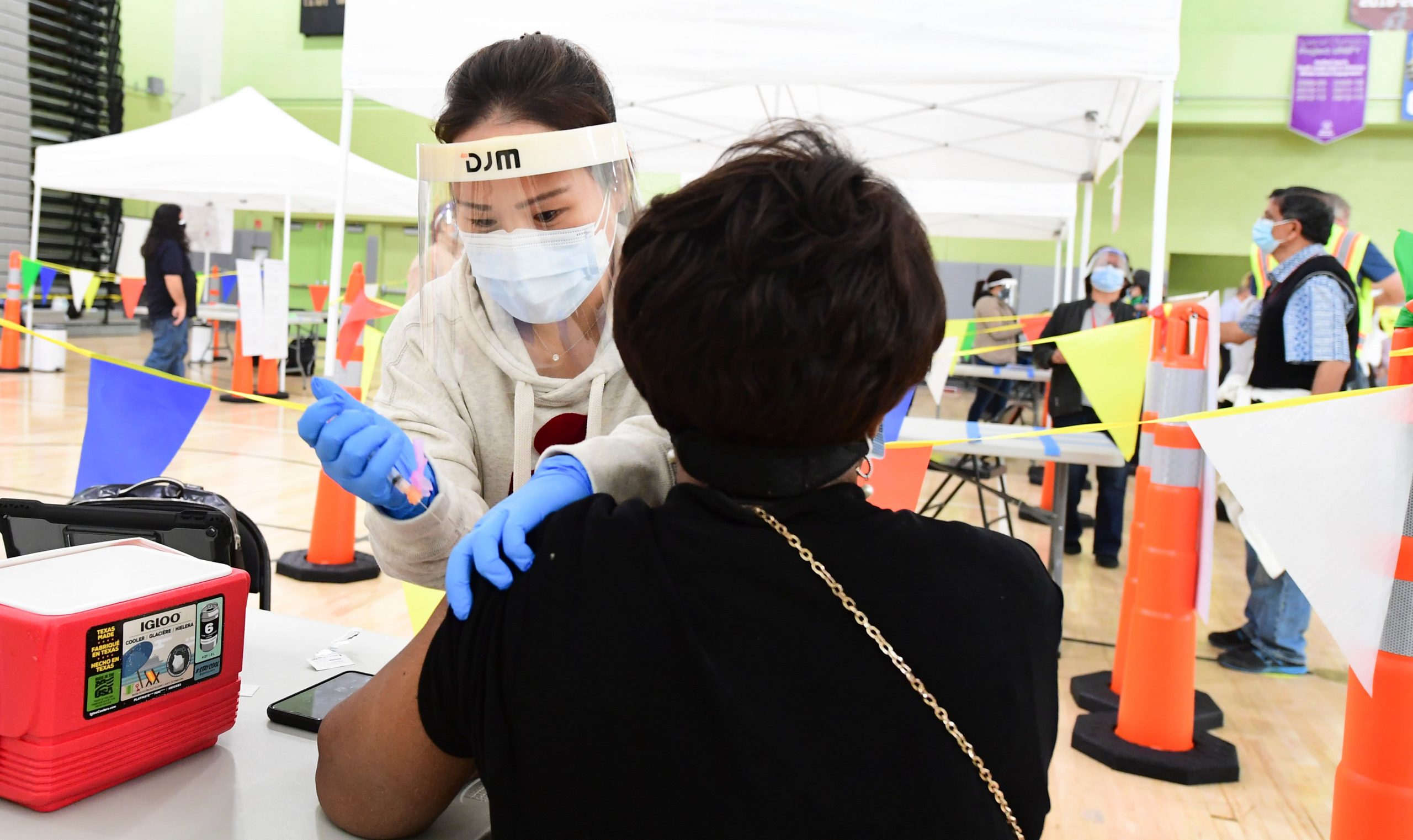 Carolyn Fowler of the Los Angeles Unified School District (LAUSD) receives her Covid-19 vaccination at a site opened today by the Los Angeles Unified School District (LAUSD) for LAUSD employees on February 17, 2021 in Los Angeles.Frederic J. Brown | AFP | Getty ImagesThe Centers for Disease Control and Prevention on Friday published new data listing the most common side effects Americans reported after receiving shots of Pfizer’s or Moderna’s Covid-19 vaccines.The data is based on submissions to the agency’s text messaging system v-safe and the Vaccine Adverse Event Reporting System, a national vaccine safety surveillance program. The analysis used data from the first month of vaccinations, between Dec. 14 and Jan. 13., when there were more than 13.7 million doses administered.The CDC said there were 6,994 reports of so-called adverse events after vaccination, including 6,354 that were classified as “non-serious” and 640 as “serious,” which included 113 deaths. The median age of vaccine recipients was 42, according to the VAERS data, and the majority of adverse events occurred in women.The most common side effects after getting the vaccines were headache, fatigue and dizziness, followed by chills and nausea. The CDC said people also reported muscle aches, fever, joint pain and pain at the injection site.For the Pfizer vaccine, reactions were more frequent after the second dose than the first, according to the v-safe data. The CDC said the reported rate of fever and chills was more than four times higher after the second dose than after the first.Most frequently reported side effects (VAERS)HeadacheFatigueDizzinessChillsNauseaThere were 46 reports of anaphylaxis, a severe and potentially life-threatening allergic reaction, from those who received Pfizer’s vaccine and 16 cases for those who received Moderna’s, according to the CDC. The agency said the occurrence of the reaction is in the range of those reported for the influenza vaccine.Out of the 113 deaths reported, two-thirds occurred in long-term care facilities, the agency said.Medical experts say side effects to vaccines are common and are actually an indication the shots are working as intended. Many physicians are advising the public to brace for some stronger-than-usual side effects from the Covid-19 shots, especially after the second dose.Both Pfizer and Moderna have acknowledged that their vaccines could induce side effects that are similar to symptoms associated with mild Covid-19, such as muscle pain, chills and headache. While the side effects may be unpleasant, physicians say the vaccines are safe.The CDC recommends talking to a doctor about taking over-the-counter medicine if one experiences pain or discomfort after getting the shots.

Watch NASA’s rover Perseverance after landing on Mars
Coca-Cola Zero Sugar will be the company’s biggest source of growth in 2021, CEO says
To Top
error: Content is protected !!
Top