“The charts, in a completely contrarian way as interpreted by Carley Garner, suggest that a lot of people are anticipating a more lenient Fed,” the “Mad Money” host said. “And I don’t think the Fed will go there unless the economy gets substantially worse from here, although that’s always a possibility given the big-picture data has gotten a heck of a lot weaker over the past few months.”

Speculators are banking on one or two rate cuts this year, Garner says. The futures market is forecasting that Fed Chair Jerome Powell will begin reducing the benchmark rate — currently between 2.25% and 2.5% — to 2% in the next six months, Cramer added.

A futures recording just shy of current levels would mean that investors expect the Fed to maintain its current monetary fiscal policy, Cramer said. The index shows an 80% chance of at least one rate cut, while a handful of traders are expecting as many as three, he said.

Attempting to game the Fed tends to leave investors “disappointed,” Cramer said. Garner contends that the Fed may institute a multi-year pause, he said. It’s important to be aware that there’s a powerful ceiling of resistance between current levels and levels that would indicate rate cuts.

A futures and options broker, Garner is the author of “Higher Probability Commodity Trading.”

“If Garner’s right, the December futures contract should drift back to where it was trading at the beginning of the year,” Cramer said. “Remember, right now this thing is baking in more than one rate cut and that seems way too optimistic for here.” 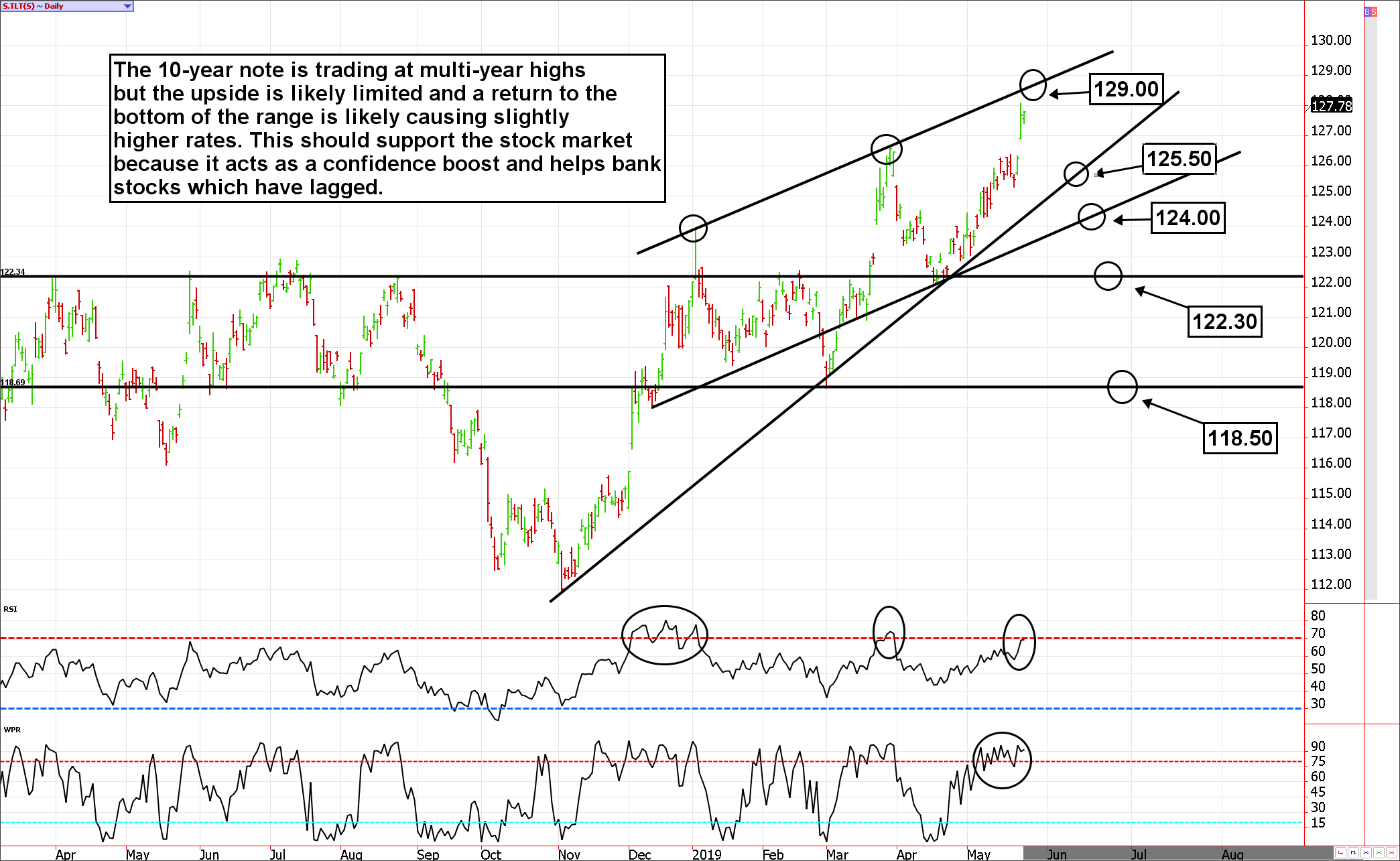 The long-term bond ETF has a “powerful” ceiling of resistance at $129 and Garner thinks it could slip below $125 and potentially as low as $118 if it fails to hold, Cramer said.

“As far as Garner’s concerned, this chart is bad news for the bulls,” he said. “It suggests that treasury prices are poised to go back down, meaning yields will go up, meaning more rate cuts might not be on the menu.”

Speculators are expecting the economy to get worse in order to trigger the Fed to cut rates, but the weekly chart of the S&P 500 is not showing evidence that that could happen, according to Garner. 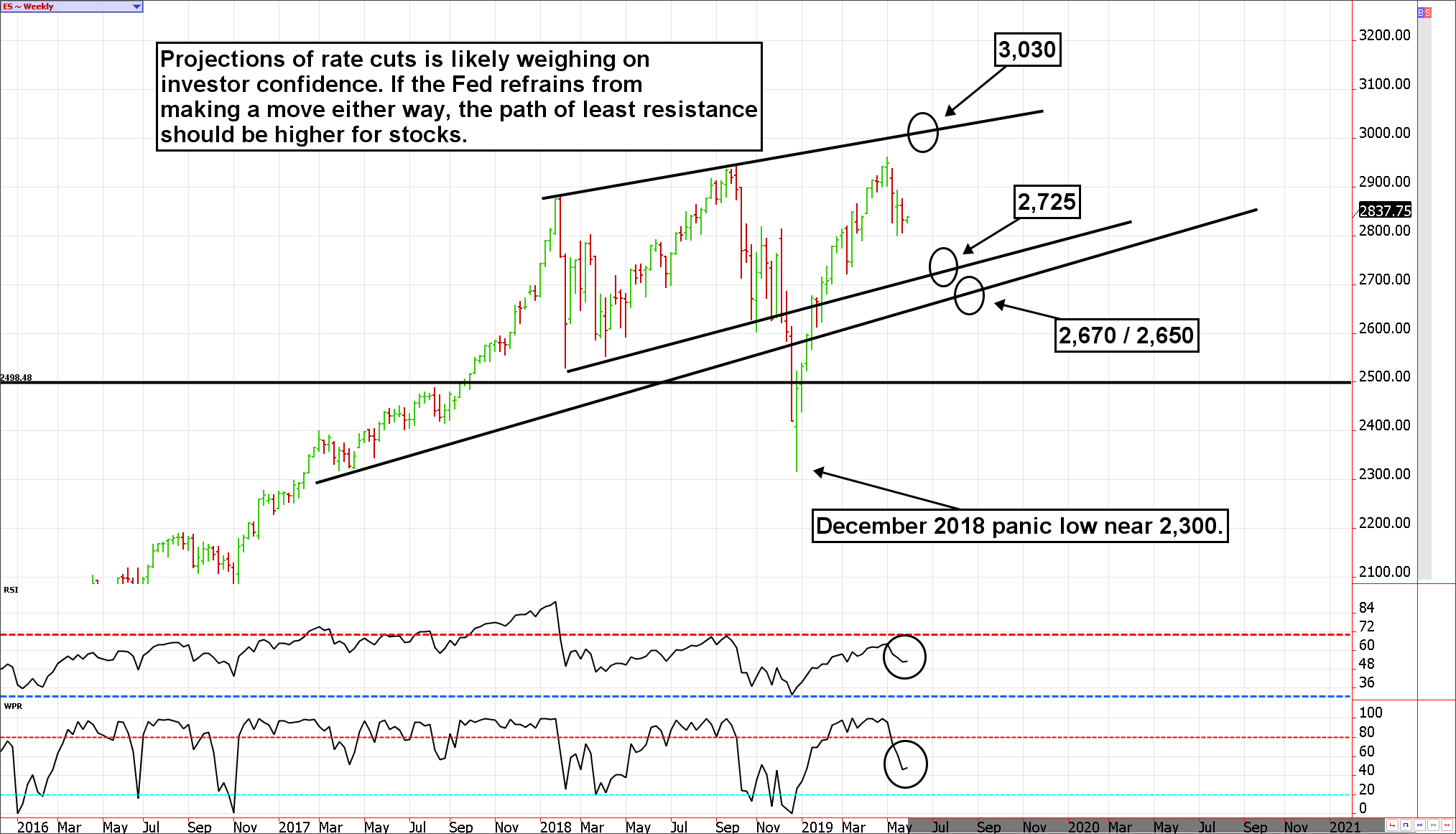 If the index were to be tested at 2,725 and even slide to about 2,650, she argues that would open a buying opportunity.

“If she’s right about the Fed, then she thinks the path of least resistance for stocks will be higher, as investors regain their confidence,” Cramer said. “Garner wouldn’t be surprised if the S&P can work its way to 3,030, nirvana, which is why she thinks any pullback to the 2,600s would mean that you have to sit there and buy, buy, buy.”

WHO recognizes workplace ‘burnout’ as an occupational phenomenon
The US economy may be ‘on the verge of a significant slowdown’
To Top
error: Content is protected !!
Top