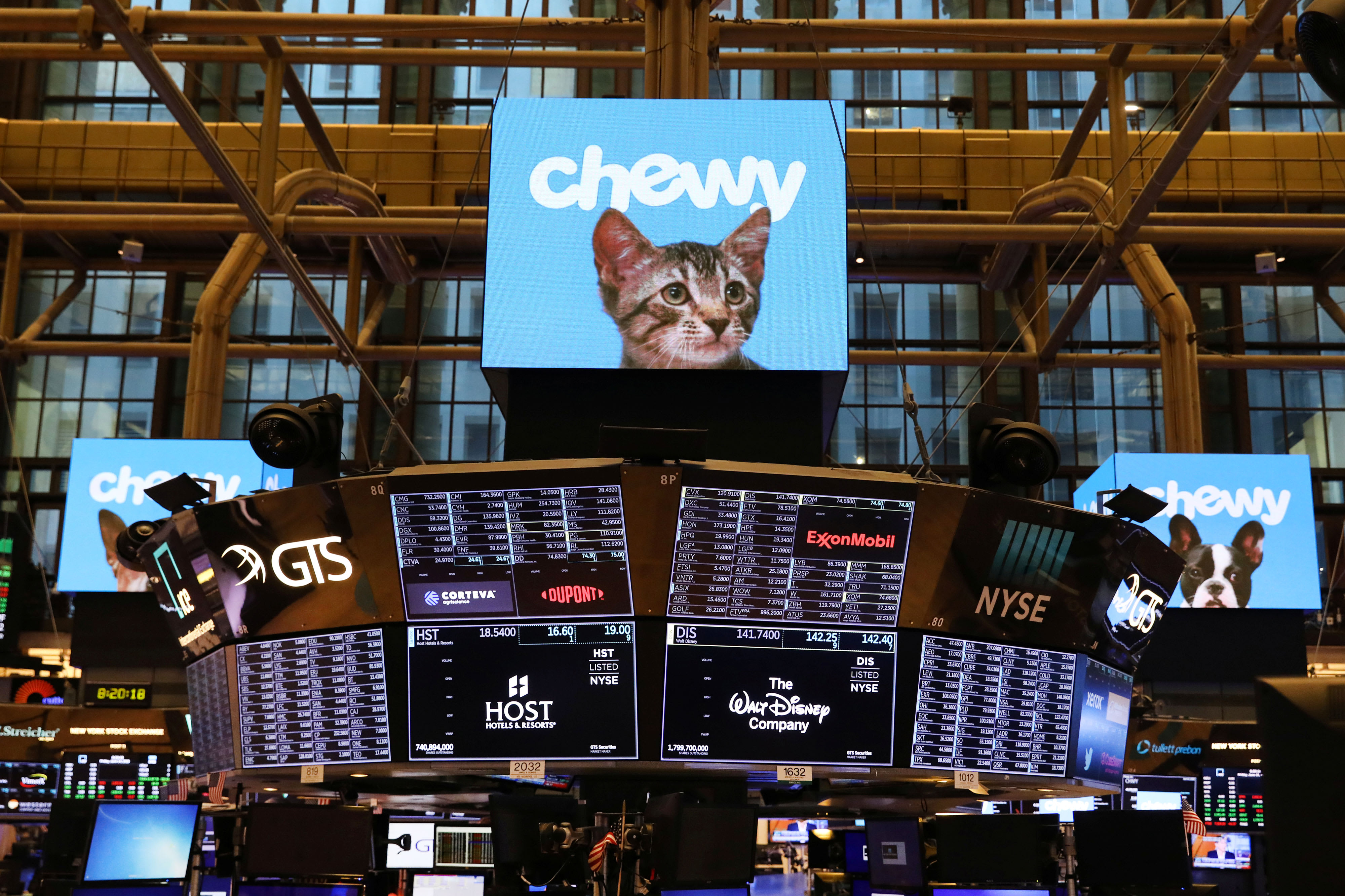 Chewy shares fell 2% in extended trading Tuesday despite reporting a narrower-than-expected second quarter loss.The pet food and product retailer posted net sales of $1.15 billion, topping estimates of $1.13 billion, according to a survey of analysts by Refinitiv. Sales also grew 43% from last year.The company’s second quarter loss widened to $82.9 million, or 21 cents a share, compared with a loss of $63.1 million, or 16 cents a share, in the year-ago period. However, stripping out the impact of stock-based compensation, Chewy posted an adjusted loss of 10 cents a share, beating estimates by a cent.Chewy raised its fiscal year revenue forecast to between $4.75 billion and $4.80 billion, compared with estimates of $4.73 billion. For the third quarter, revenue will be in the range of $1.19 billion to $1.21 billion, which is better than $1.17 billion in revenue analysts expected.”I’d point out the fact that we’re playing in a very large market size, $70 billion. I’d also point to the fact that it’s the early days for e-commerce. [The company is] 14% penetrated but we believe this number could be 25% or 30% in the next few years,” said CEO Sumit Singh on CNBC’s “Closing Bell” Tuesday.The company also reported 12 million active customers, a 39% increase year over year. Its auto-ship customers, which receive recurring shipments from the company, represent 69% of its sales.Singh also emphasized that its net sales per active customer was $352 in the latest period.”On average in the U.S., active pet spend per household is $700 or $800 … so we’re capturing 40% of that share of wallet,” he said.As of Tuesday close, shares of the company have risen 37.5% since its initial public offering in June. The company has a market value of $12 billion.