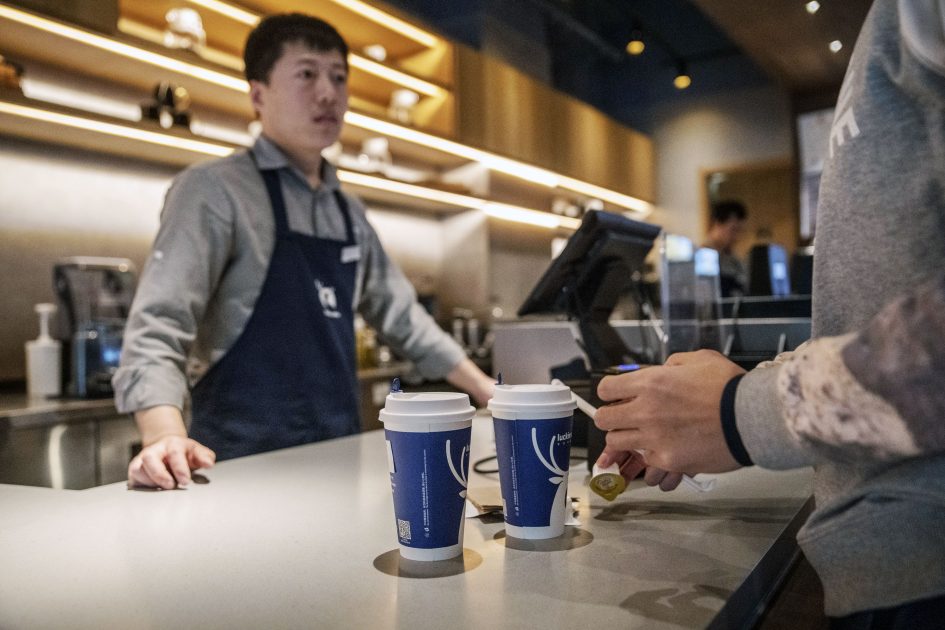 “The founders of our business are used to using technology and disrupting industries,” CFO Reinout Schakel said in a “Squawk Box” interview, just hours ahead of the company’s debut as a publicly traded stock on the Nasdaq.

Schakel said Luckin’s founders “looked at the transaction of coffee and thought, ‘we can do better than this.'” Luckin was started in 2017 by Chinese entrepreneur Jenny Qian Zhiya.

Customers who want to buy Luckin brew, or any other drinks, have to make the purchases through its app, which Schakel said is more efficient and requires less waste. That also allows the company to access customer data and analyze trends in order to drive retention rates.

“What we’re trying to do is bring down the per-cup cost … with that and with that price point, we think we’re going to drive mass-market consumption,” he said. Most of the menu is about 25% cheaper than Starbucks equivalents.

Luckin is looking to become the No. 1 coffee purveyor in China by the end of the year, hoping to overtake Starbucks, which currently has 3,500 Chinese stores. The 2-year-old Luckin operates 2,370 stores across China and it’s planning on opening 2,500 additional locations this year.

In contrast to Starbucks, Schakel said, “We’re using very small stores,” allowing Luckin to cut down on costs while being “very close to our customers.” The technology and small stores make up the “new retail model,” he added. “That has fundamentally changed the cost structure in China.”

Luckin Coffee, valued at nearly $3 billion in its most recent funding round, is set to start trading Friday, after pricing its initial public offering at $17 per share late Thursday. “We have done what most people do in 15 or 20 years,” Schakel said.

Backed by Singapore’s GIC Private Limited sovereign wealth fund and U.S. money manager BlackRock, Luckin has warned about possibly seeing continuing losses in the foreseeable future. Last year, the Chinese chain recorded a net loss to shareholders of $475.4 million and total revenue of $125.27 million, according to its filing. For the first three months of 2019, it posted a net loss of $85.3 million.

However, Schakel told CNBC the impact of the trade war has been muted in China so far. “We don’t see an awful lot yet in China. Something we don’t see today. If there’s something happening around those trends, that could affect Starbucks but that’s not something we’re seeing yet.