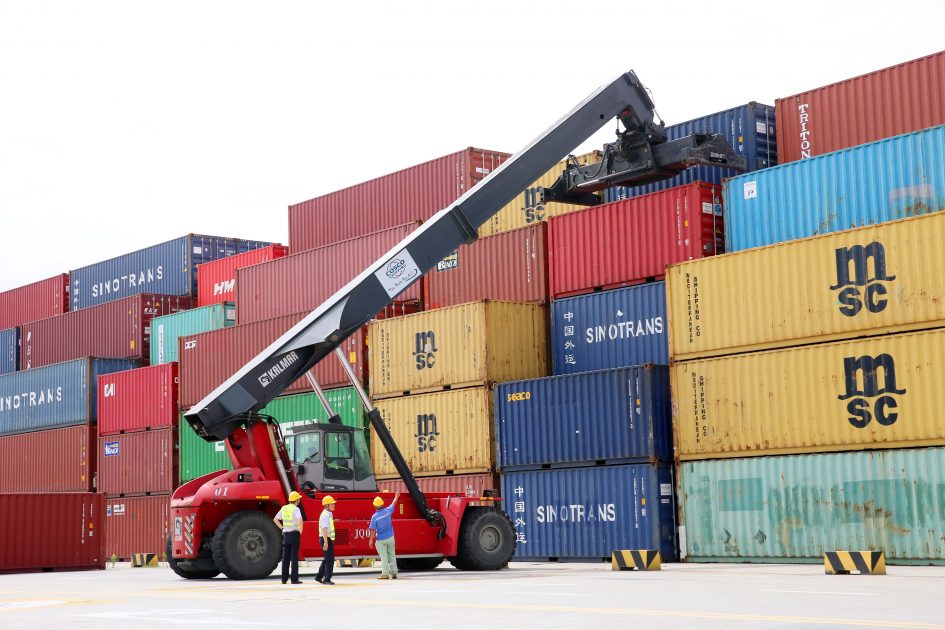 China is expected to announce on Thursday a decline in both exports and imports for the month of July amid Beijing’s escalating trade fight with Washington.

Economists polled by Reuters expect last month’s exports to fall by 2% from a year ago, and imports to decline by 8.3% compared to the same period last year. Meanwhile, China’s overall trade surplus in July is forecast to be $40 billion, according to the Reuters poll.

In June, exports from China fell 1.3% year-on-year while imports fell 7.3% over the same period, customs data showed. Trade surplus that month was $50.98 billion, according to the data.

The Chinese economy — the second largest in the world — is growing at a slower pace amid an escalating trade battle between Beijing and Washington that started as a tariff war but recently spilled into technology and currency. Last month, China said its economy grew 6.2% in the second quarter from a year ago — the weakest rate in at least 27 years.

Beijing has eased monetary policy and introduced fiscal measures such as tax cuts to boost economic activity. But growth in the Asian economic giant could slow down even more if the administration of U.S. President Donald Trump goes ahead with new elevated tariffs next month.

Following Trump’s latest tariff threat, China allowed its currency — the yuan — to weaken below an important threshold of 7 per U.S. dollar. That led the U.S. to label China a currency manipulator, which analysts have said marked another escalation in tensions between the two countries.