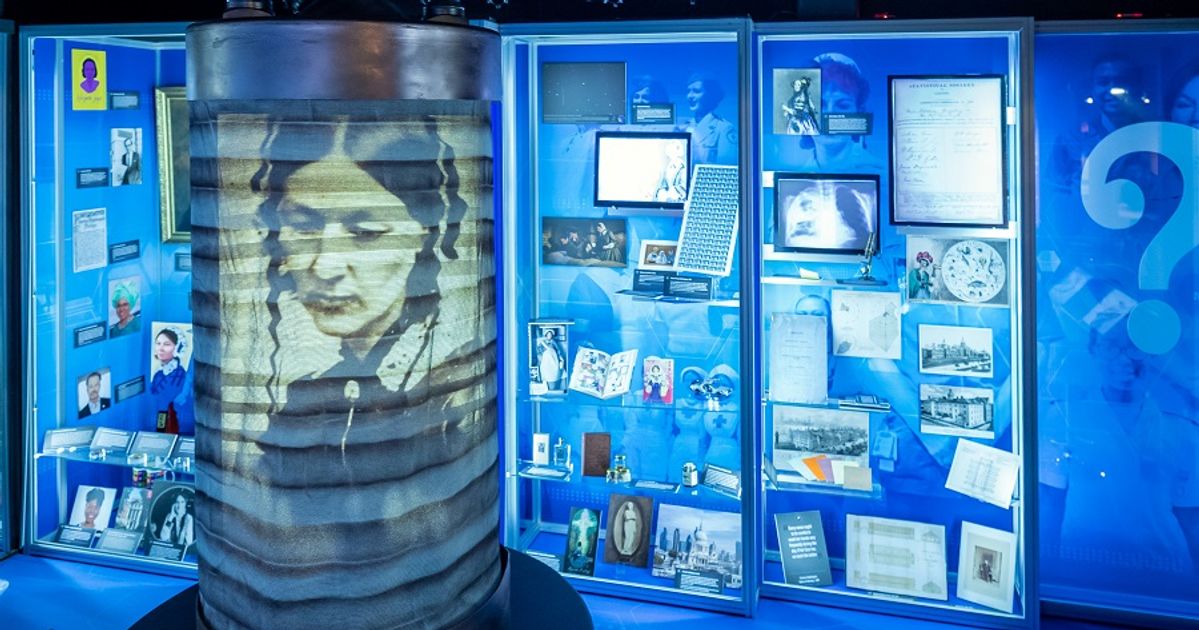 Courtesy of the Florence Nightingale Museum

Hundreds of the UK’s smaller museums are fighting to survive as the country once again enters lockdown. Prolonged closures in 2020 and sporadic reopenings during the coronavirus pandemic—with social distancing measures that have severely limited visitor capacity—have led to unsustainable financial losses for many institutions. Smaller spaces in particular have struggled to accommodate the need for social distancing and have been forced to remain closed.The day after UK prime minister Boris Johnson declared a third national lockdown in England until mid-February, the Florence Nightingale Museum, set in St Thomas’ Hospital in London, announced that it was to close indefinitely. The director of the Museums Association, Sharon Heal, tweeted: “This is a sad reflection of where we have got to and the worry is that more will follow”. Wirral Council, in the north of England, has also announced that the local Williamson Art Gallery & Museum in Birkenhead is under threat of closure. The Florence Nightingale Museum will formally shut its doors at the end of February for a restructuring of its operations and a staffing consultation “in response to the damaging and continuing effects of the pandemic”. The museum racked up substantial income losses throughout 2020 despite furloughing staff and receiving some emergency government funding. Opened in 1988 in the grounds of the hospital where Florence Nightingale established the world’s first professional training school for nurses, the Nightingale Museum is an independent charity that relies on income from visitors and philanthropy, with over half of its visitors coming from overseas. In 2019 it had 55,000 visitors and was projecting 70,000 for 2020.The museum’s closure comes after a grant of £137,230 from the government’s Culture Recovery Fund (CRF) and additional support from Art Fund, Arts Council England and the National Heritage Lottery Fund, said its director, David Green. The stark alternative after a further period of loss-making would be permanent closure and dispersal of the collections.“The money we received from CRF must be spent by March which sees us through the winter, but we have no evidence that visitor numbers will return in sufficient quantity by the summer which is why we must make a decision now regarding the next financial year,” Green says. “The next and final round of CRF will cover April to June and we have been advised it will be highly competitive. We therefore have no guarantee of getting the money and cannot risk not considering our structure now.” He adds that more than 90% of the museum’s income comes from admissions and on-site sales, with overseas visitors and schools being key audiences. A redundancy consultation has begun with staff who have been badly affected by the struggles of the past ten months, Green says. “Our workforce will potentially be moving from 11 individuals to three—enough for us to look after the collection until a time comes that we can operate sustainably.” According to figures collected by the Museums Association advocacy group, the number of UK museum redundancies provoked by Covid-19 currently stands at 3,997.Green notes the bitter irony that the closure follows Florence Nightingale’s bicentenary year and the World Health Organisation’s Year of the Nurse and Midwife in 2020. “From our own perspective, to go from the furious activity and high visitor numbers of the early months of 2020 to instant desolation was a major blow,” he says.Meanwhile, Wirral Council has proposed closing the Williamson Art Gallery & Museum in Birkenhead as part of a cost-cutting consultation with local residents, reports the Liverpool Echo newspaper. According to a council budget statement posted online, the authority needs to make savings in the region of £16.5m from 2021 to 2022, a budget gap largely caused by the cost of responding to the Covid-19 pandemic. A section entitled “options for savings” suggests a “full review of the council’s museum service provision which includes the Williamson Art Gallery & Museum”. The budget document adds: “A separate exercise would be required to establish the residual cost of maintaining any buildings mothballed by this proposal and a decision taken as to what to do with the historic collections. Retaining the collections will attract an annual maintenance cost of approximately £50,000 per annum.” Closure of the museums service across Birkenhead would save £327,500 from the council budget annually. A spokesman adds that the council is currently consulting on a range of budget options and no decisions have been made. The move has prompted local resident Corinne Witham to launch a petition urging the council to keep the Williamson Art Gallery open. “To close the Williamson would deprive many people on the Wirral of access to the arts,” says the petition, which has garnered more than 6,300 signatures. The museum, founded in 1928, houses works by artists such as Stanley Spencer, Evelyn de Morgan and Mary Fedden.

Paying it forward: McArthur Binion is using his later-in-life success to help younger artists
How will US money laundering crackdown actually impact the art market? A lawyer explains
To Top
error: Content is protected !!
Top