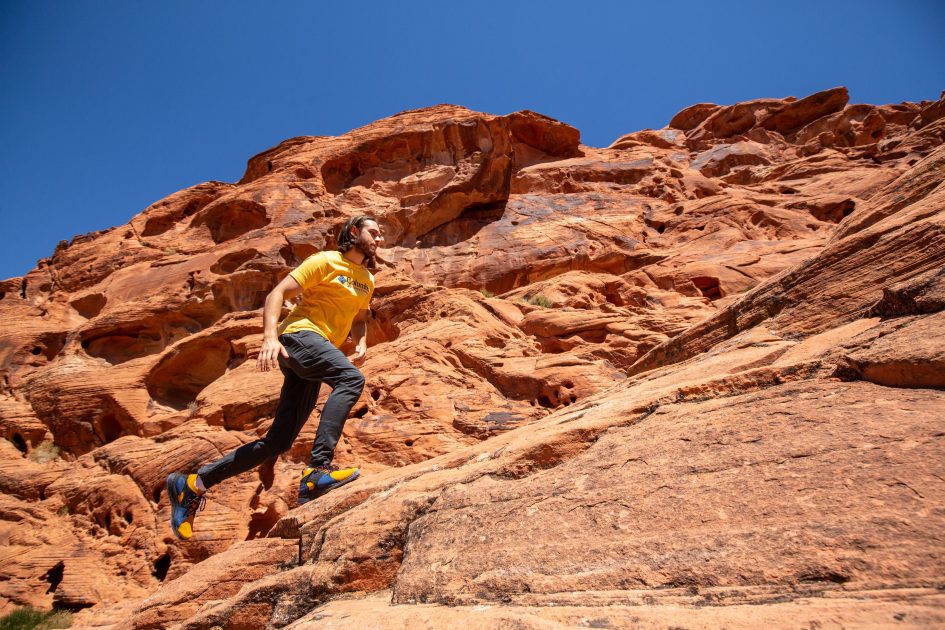 Hiking boots are no longer just reserved for the trail.

Columbia Sportswear unveiled Monday a line of sneaker-boot hybrids. It’s the outdoor apparel company’s first venture into sneaker culture, and it hopes to cash in on a growing trend of sneaker crossovers.

Columbia has typically been known for its outdoor apparel, like fleece zip-ups and bulky hiking boots. But the SH/FT collection is sleeker, with bright yellows and teals featured on sneaker-like silhouettes. The new styles might help the company get noticed by “sneaker heads” — devoted young consumers who jump on new releases. The collection also finds the sweet spot between a fashion sneaker market that has grown 9% in the past year and the hiking boot market, which is up 3%, according to data from NPD Group.

“Consumers really want to have versatile products that are not single use, that they can wear for many different activities,” said Matt Powell, sportswear expert at NPD. “The sneaker-boot trend has been around for a while, and we’re definitely seeing more blending and blurring of the lines between what’s athletic footwear and what’s fashion footwear.”

Ruppe said that aspects of the SH/FT release were inspired by sneaker unveilings that create hype. The collection was teased with a “drop,” or a release date, to generate buzz before the launch. The company also made a tactical choice to collaborate with Zedd, a DJ and record producer popular with young consumers, who could publicize the launch to his 6.2 million Instagram followers.

“We wanted to make sure were doing things with influencers, collabs, and communication that are simple and easy ways for [young audiences] to discover what we have to offer,” Ruppe said. “We definitely wanted to play into that way of thinking as opposed to traditional marketing.”

Powell said Columbia’s reputation for quality outdoor apparel will help grow interest. “They haven’t abandoned that piece of their heritage,” he said. “People still expect Columbia garments to keep them warm and dry.”

And growing interest among Generation Z to be closer to nature is also an appeal of boot/sneaker crossovers. “The affinity for the outdoors in the younger generation is part of what’s driving this trend,” Powell said. “They’re looking for versatility in the products they buy. So a shoe that can be worn on the street and in the forest is a plus for them.”

Shares of Columbia have increased 17% since January, valuing the company at $6.7 billion.