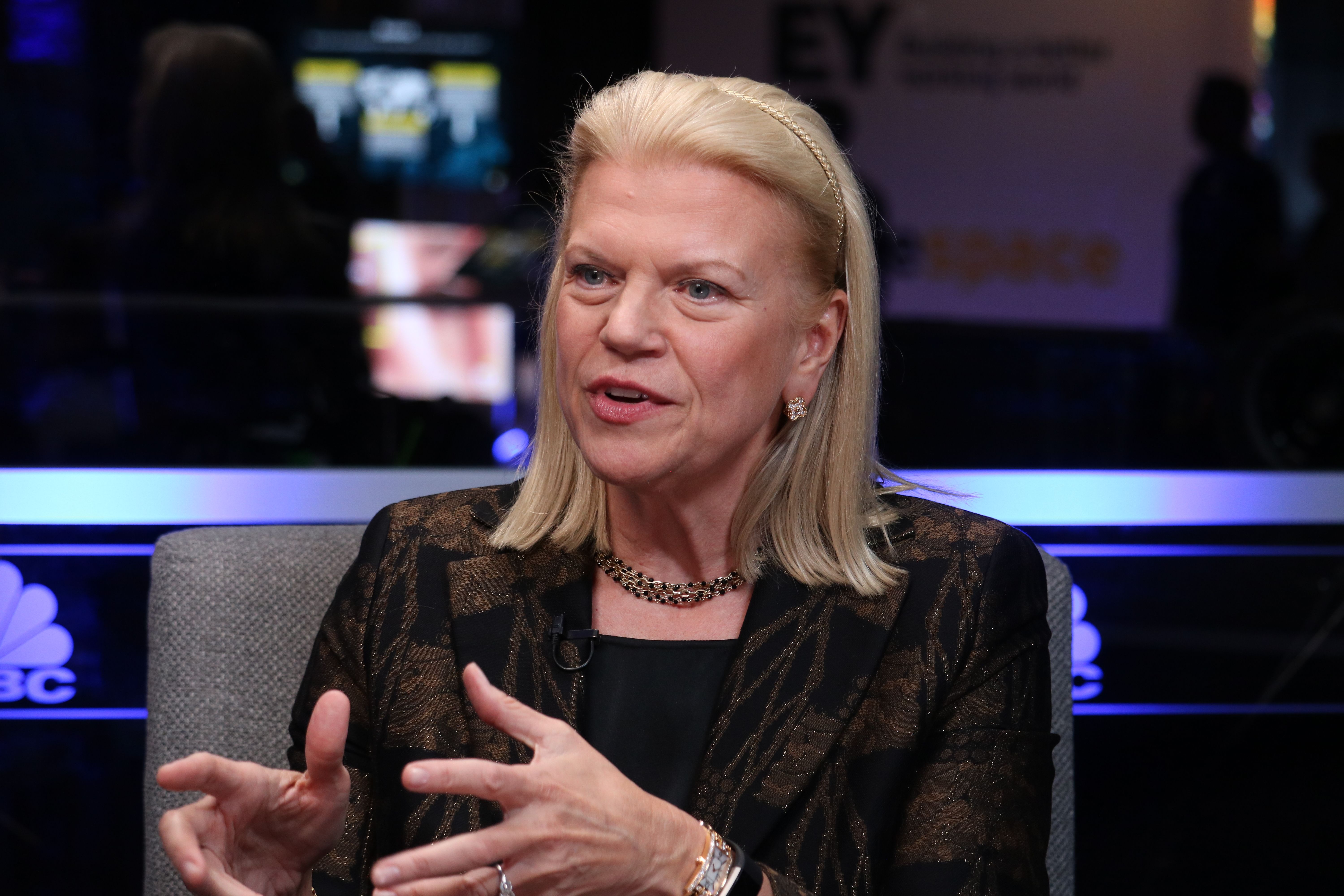 IBM CEO Ginni Rometty said Friday that corporations owe it to society and their shareholders to help prepare people for AI-driven changes to the workforce.

In a world where it is expected that artificial intelligence will impact every existing job, she said business leaders have an important social, corporate and economic responsibility to help high school students develop skills for what she called “new collar” jobs at the intersection of business and technology. Think cloud and cyber careers, she said.

“[There’s] a different paradigm that I think is going to be needed to make this an inclusive era. It is one of the things I worry the most,” Rometty said in a one-on-one interview with “Mad Money’s” Jim Cramer. “We build these technologies so I think we have a responsibility … to prepare society for these technologies.”

The interview was taped at the Pathways in Technology Early College High School in Brooklyn, New York. The school is one of a group of 200, in more than a dozen countries, that IBM has helped design in partnership with education and business institutions.

The digital transformation, commonly called the Fourth Industrial Revolution, is projected to generate $100 trillion in value over the next decade, according to the World Economic Forum. The Pathways in Technology program, or P-TECH, focuses on STEM education covering the fields of science, technology, engineering and mathematics.

“I think it’s the most ambitious and most successful program of its kind in the world,” Rometty said.

Rometty, who also serves as chair and president of the company, said the curriculum provides a six-year pipeline for students to complete high school requirements and obtain an associate degree in high-growth, “new collar” positions. The program targets youth in under-served communities that have been left behind by technology.

About 125,000 students are involved in P-TECH, which offers mentorship, internship and job opportunities so “every child can succeed,” Rometty said. There are 500 business partners in the network, including Canon, Ford and Sprint, that students can engage outside the dominant and traditional college route.

“This is an example of a new model of education … a way for this new era that kids [may] not necessarily have a college degree,” Rometty said of the program that is now in its seventh year. “I need that workforce for my company and I need society to want these technologies and not be divided over them.”

While technology is exponentially reshaping society, women and minorities are disproportionately left out. P-TECH has intentions to help establish an inclusive environment. Outside of its focuses on education and skill development, a third pillar is returnship — helping give confidence to people, especially women, who have been out of work to return to the workforce.

“That’s one of the biggest issues of pipeline to women is they leave for a reason is to pull them back in,” Rometty said. “They’re always more critical of their own skills than anyone else is.”

Aramark is in the ‘penalty box’
Game-changing data can counter Mexican tariffs
To Top
error: Content is protected !!
Top