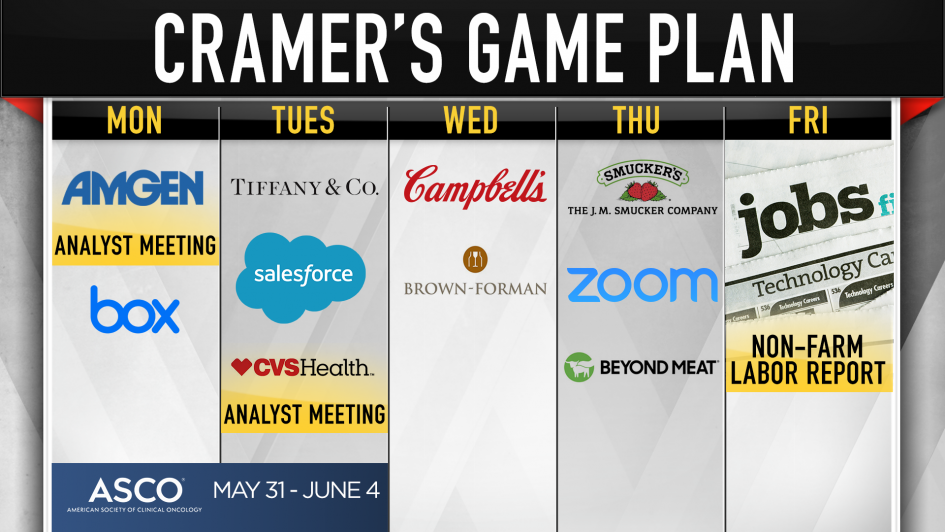 CNBC’s Jim Cramer on Friday drew a line in the sand on President Donald Trump’s attempt to negotiate trade via Twitter.

After supporting a hard-line trade stance against China, Cramer denounced the surprise 5% tariffs that Trump has threatened to slap on all imports from Mexico starting next month. The threat sent the three major U.S. indexes down between more than 1% each Friday.

“When Trump goes after the Mexican government, which has already made a bunch of concessions in the NAFTA renegotiations, it makes investors nervous [and] makes them want to sell,” the “Mad Money” host said. “It feels like there’s no plan, like anything could happen, and that’s a bad feeling because the markets hate uncertainty.”

America imported more than $346 billion of merchandise from its southern neighbor in 2018, according to the Office of the U.S. Trade Representative. Mexico is the country’s second largest trade partner, and the duties on imports could reportedly cost U.S. consumers at least $18.6 billion.

The Trump administration said the tariffs would put pressure on the Mexican government to impede the flow of undocumented asylum seekers crossing the border. Trump said he has planned a series of tax hikes over the next several months if the matter is not addressed to his satisfaction.

“If you want a strong economy and higher stock prices … the last thing you need is a president who bursts through Twitter shouting: ‘Who’s next for punishment?’ … You can’t conduct negotiations out of left field, via tweet,” Cramer said. “In an era where all that matters is who’s next for punishment … we need to be very cautious, unless we get some sort of game-changing data that shifts the whole narrative.”

Here’s what Cramer is watching in the week ahead:

Amgen: Amgen holds an analyst meeting Monday at the American Society of Clinical Oncology Conference. The conference will be “incredibly important” for the Neulasta cancer treatment maker, Cramer said.

“I think this could be make or break for Amgen’s stock, which has been a huge disappointment of late,” he said. “If they don’t come up with something novel at the conference, then I expect more pain.”

Box: The cloud-based storage company hosts a shareholder call at the end of trading Monday. Cramer said Box “fumbled the last quarter,” amid a challenging spell for the industry.

“Right now, the stock’s in the penalty box, but maybe CEO Aaron Levie can change that,” Cramer said. “Until then, too risky to own.”

Tiffany & Co.: Tiffany’s management is scheduled to report earnings before the market opens. Cramer said the luxury jewelry retailer is under better management now, but is levered to a strong American dollar. The exchange rate on overseas profits can act as a tariff in itself, he said.

“While I like Tiffany’s comeback story, this is not the kind of stock you want to own when people are worried about a slowing economy and wealthy people [are] staying home and not spending,” Cramer said.

Salesforce.com: Salesforce, a frequent bellwether of software companies, will host an earnings call after the bell. Cloud software stocks have fallen even after delivering good quarterly performances.

“Salesforce tends to go down after it reports, no matter how good the quarters are, and then it rallies for weeks on end,” he said. “I think you don’t buy the stock until post-earnings.”

CVS Health: CVS shares have been down and out, in part as a result of Amazon’s impact of Amazon on retailers, its Aetna deal and the push for “Medicare for All” from the political left, Cramer said. The pharmacy chain hosts an investor day Tuesday.

If CEO Larry Merlo can offer a good outlook, “this stock could be a coiled spring, given that it’s been more than cut in half over the past four years and it now sports an incredibly big 3.8% yield,” he said.

“Campbell is a restructuring play, and I’ll be paying close attention to what new CEO Mark Clouse, late of Pinnacle Foods, has to say,” Cramer said. “I think the story’s turning positive, although I’d like to see some serious debt paydown next.”

Brown-Forman: The Jack Daniels liquor manufacturer will report earnings results before trading begins. The company has been rocked by tariffs in the U.S.-China trade war.

“I wish the stock hadn’t run up so much going into the quarter, because it will be hard for Smucker to rally even if they deliver a good number on Thursday morning,” Cramer said.

Beyond Meat: The faux-meat producer also has its first public earnings report after the bell. Beyond Meat went public earlier this month.

Speaking to both newly listed companies, Cramer said: “These are two of the best performers from the class of 2019, and it’s hard to imagine them having much more upside … Let me put it this way: These companies will need to report unbelievable numbers to keep the spell going. … I say you should take some profits in both of them.”

Jobs report: “I don’t expect the Fed to provide any solace, so a strong jobs number with low inflation is probably the best we can hope for,” Cramer said.

WATCH: Cramer delivers his game plan for the week ahead in stock trading