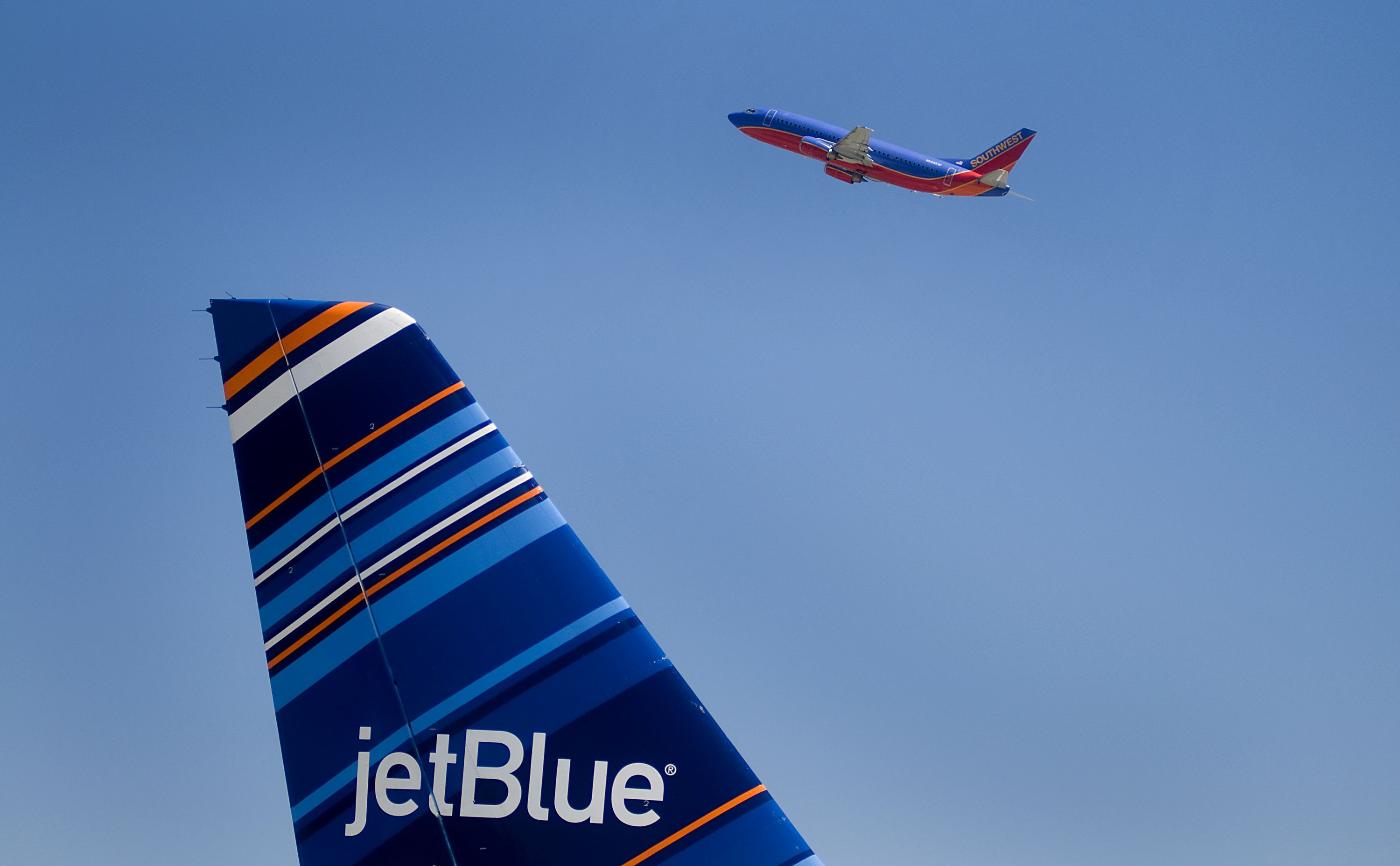 A Southwest Airlines Co. plane takes off while a JetBlue Airways Corp. jet sits on the tarmac at the San Diego International Airport in San Diego, California, U.S., on Tuesday, June 19, 2012. The airport’s one billion dollar construction project, known as “The Green Build,” is expected to be completed in 2013. Photographer: Sam Hodgson/Bloomberg via Getty Images

For all the complaints on Twitter about flight delays, airports, cramped planes and bad food, J.D. Power’s travel survey, released Wednesday, finds passengers more satisfied than ever with airline service.

“New technology investments have dramatically improved the reservation and check-in process,” said Michael Taylor, who runs J.D. Power travel practice. “Fleets are newer and travelers generally feel that they are getting great value for their money.”

The one area where carriers appear to be giving customers a better experience is with reservation and check-in systems, which have become more advanced and, for the most part, do not require travelers to interact with airline representatives.

Fifteen years ago, when airlines started introducing check-in kiosks, many customers complained the process would be slow, cumbersome and leave them frustrated. That is not the case anymore thanks to more advanced airline apps allowing customers to check in on-line and kiosks at airports that make it quicker and easier to check a bag.

J.D. Power surveyed almost 6,000 travelers between March 2018 and March 2019. Travelers still found plenty to gripe about, with the loudest complaints reserved for in-flight services. “It continues to be the lowest-ranked factor in the study, as many airlines still struggle with in-flight entertainment, connectivity, in-seat power and food service,” said Taylor.

The highest rated airlines in the survey were JetBlue and Southwest, both scoring 817 out of 1,000 points. Among the legacy carriers, Alaska airlines ranked highest with 801 points, followed by Delta with 788 points.

Bed Bath & Beyond to add 4 directors in settlement with activist trio
Microsoft purchase of Drawbridge takes it deeper into online ads
To Top
error: Content is protected !!
Top