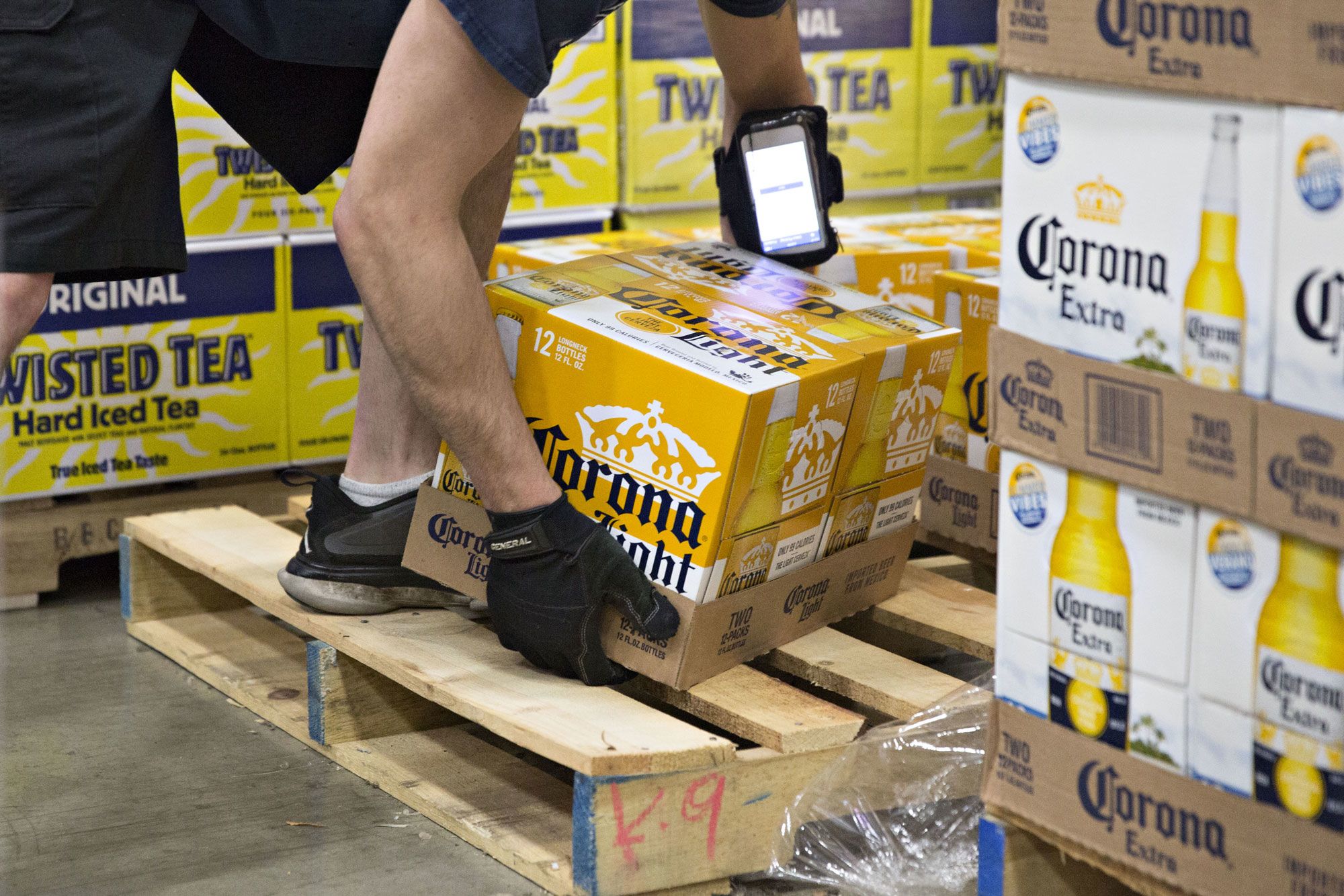 A worker stacks cases of Constellation Brands’ Corona beer for delivery at the Euclid Beverage LLC warehouse in Peru, Illinois.

Shares of Constellation Brands rose Friday after the Corona brewer reported earnings that topped Wall Street’s estimates and boosted its fiscal 2020 outlook as its beer sales continue to fuel growth.

The company’s stock, which has a market value of $38 billion, jumped by about 6% in morning trading.

U.S. consumers are increasingly shunning beer and cheap wine, according to industry research firm IWSR. Mexican imported beer, like Constellation’s Corona and Modelo brands, outperformed all other segments in the beer industry in 2018, according to IWSR data.

To adapt to changing consumer tastes, Constellation has invested in cannabis, which some users substitute for alcohol, and sold some of its lower-end wine brands to E. & J. Gallo Winery. It also launched Corona Refresca — the brand’s first non-beer beverage — nationwide in early May in a bid to attract health conscious consumers, particularly women.

Constellation reported adjusted earnings for its fiscal first quarter ended May 31 of $2.21 per share, topping Refinitiv estimates of $2.04 per share. Its adjusted earnings include a loss from its 38% stake in cannabis company Canopy Growth that reduced its earnings per share by 20 cents.

Revenue rose 2% to $2.1 billion, beating Wall Street’s expectations of $2.07 billion. Net sales of its beer brands grew by 7% during the quarter. Its Modelo Especial beer led the segment and was the top market share gainer for the entire U.S. beer category.

In late May, President Donald Trump threatened to slap tariffs on all Mexican imports, which would have put pressure on Constellation’s profits. Trump later backed down from that threat after striking a trade deal with Mexico.