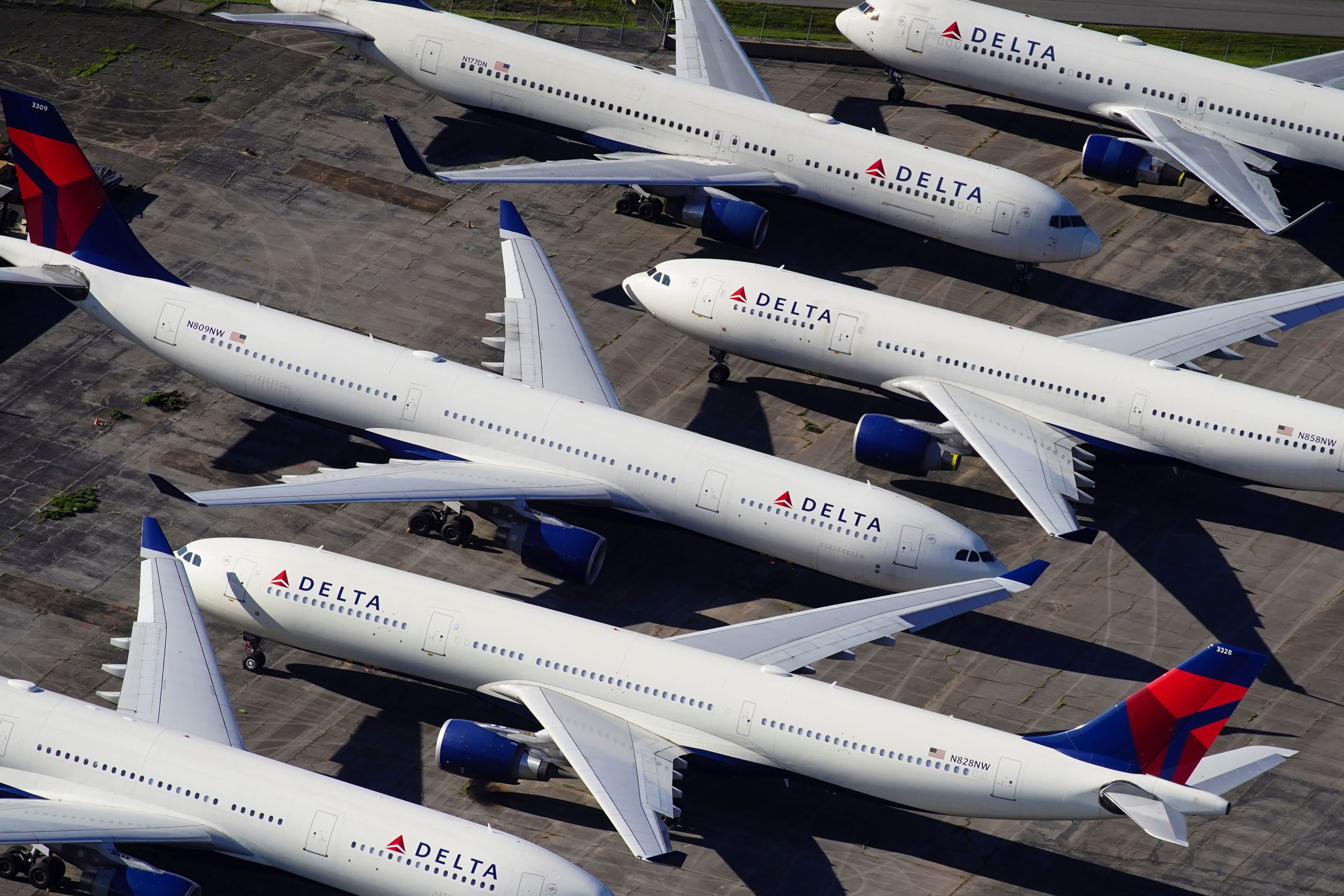 Delta Air Lines passenger planes are seen parked due to flight reductions made to slow the spread of coronavirus disease (COVID-19), at Birmingham-Shuttlesworth International Airport in Birmingham, Alabama, March 25, 2020.Elijah Nouvelage | ReutersDelta Air Lines is cutting in half the number of flights it planned to add next month as the coronavirus pandemic saps demand. The carrier on Tuesday posted a $5.7 billion net loss in the second quarter, its biggest since 2008.The Atlanta-based airline planned to add 1,000 flights a day in August but will now add just 500. Demand has softened as new cases of coronavirus surge and states like New York tell arriving travelers to quarantine in an effort to stop the disease from spreading.”Demand has stalled as the virus has grown, particularly down here in the South, across the Sun Belt, coupled with the quarantine measures that are going in place in many of the Northern states,” CEO Ed Bastian told CNBC’s “Squawk Box.” “Those two factors are causing consumers to pause.”Delta slashed its daily cash burn to $27 million by the end of June from roughly $100 million a day at the end of March. The airline has said it wants to break even by the end of the year.Bastian said Delta will likely have a similar cash burn in July and that it needs to see renewed confidence from customers willing to travel to further reduce that amount.Airlines are among the industries hardest hit by the pandemic as worries over the virus and an unprecedented series of travel restrictions in the U.S. and abroad curtail travel. Carriers like Delta have parked hundreds of planes, slashed routes and encouraged tens of thousands of employees to take unpaid time off.Delta’s revenue in the quarter ended in June fell 88% from a year earlier to $1.47 billion, slightly higher than analysts’ estimates and roughly in line with the carrier’s forecast for a 90% drop. On an adjusted per-share basis, Delta lost $4.43, above the $4.07 per-share loss analysts forecast.Shares were down 1.3% in Tuesday’s premarket trading.Delta and its competitors are urging employees to take buyouts or early retirement packages as they scramble to reduce their payroll. They’re prohibited from laying off staff until Oct. 1 under the terms of $25 billion in federal coronavirus aid but have already started to warn employees about potential cuts.Delta’s CEO Bastian told CNBC that he thinks the airline could largely avoid involuntary furloughs through these offers to employees.Delta executives will hold a call with analysts at 10 a.m. ET.

Surge in U.S. coronavirus cases causes testing delays across the nation as labs scramble to keep up
Trump says U.S. would have half the number of coronavirus cases if it did half the testing
To Top
error: Content is protected !!
Top