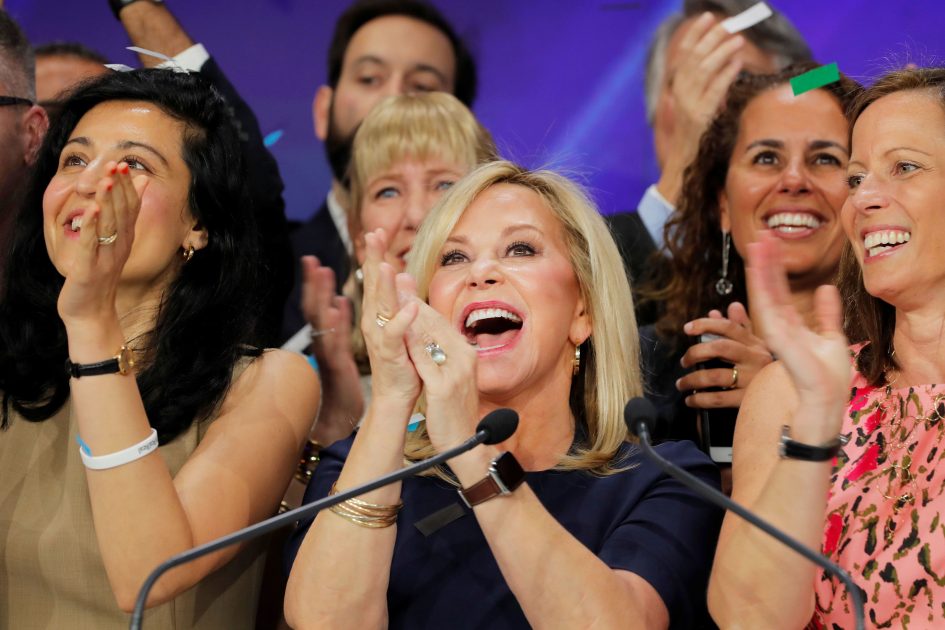 CNBC’s Jim Cramer on Monday gave “Mad Money” viewers the green light to buy into The RealReal, the online luxury consignment shop that made its public debut last week.

He called it an “intriguing growth story with some hair on it,” but suggests waiting for the stock price to recede a few bucks.

“At a time when the department stores are being eaten alive, The RealReal could be poised to make a killing,” the host said. “Right now, it’s at $26 and change. You’ve got my blessing to buy it if it pulls back to $22.50 or less. And if it doesn’t, you gotta just say you missed it.”

The RealReal, which reminds Cramer of the private sneaker reseller marketplace StockX, closed down more than 8% Monday. The stock opened on the market about 40% above its $20 IPO price. The digital platform lets people buy and sell goods that has been verified for authenticity, which can attract skeptical online shoppers.

With more than 180 luxury managers across the country who scout people willing to sell their luxury items, The RealReal has built a loyal fan base of buyers and sellers over the past eight years, Cramer said. The company also writes descriptions, takes photos and handles other logistics to conduct legitimate transactions, he added. It even has three retail stores in New York and Los Angeles.

Both active buyers and total orders increased 40% in the same three-month period. Cramer is not worried that the growing company is a long way from turning a profit, but he is wary that its margins are running the wrong way.

“They didn’t improve very much last year, and in the first quarter of 2019 they were actually down substantially,” he said. “The gross margin, what they make on the cost of goods sold, declined by 470 basis points to 61.2%. Still high, but not what I wanted.”

The RealReal also faces tough competition in a sector where eBay is pushing its own eBay Authenticate service. Plus, the privately-held Poshmark plans to go public in coming months, Cramer said. Both companies take a smaller cut of transactions — about 20% compared to a 30% cut at The RealReal.

“I think there’s enough room for multiple players here, but competition — it can be devastating for your margins and that’s what I’m worried about anyway,” he said. “I mean, this could end up being like Amazon’s attempt to move in on Etsy in the handmade goods market, where the smaller, more specialized player ultimately triumphed without breaking a sweat. “

Cramer also flagged that the company is being ran by Julie Wainwright, the former head of Pets.com, which he called the “posterchild for the excesses of the dotcom bubble.”

“The business models aren’t really comparable, and Wainwright’s built The RealReal into a formidable outfit, but I wouldn’t be doing my job if I didn’t mention it,” he said. “I think she’s really good.”

If The RealReal can maintain its growth rate, the stock trades at about 7-times 2019 sales estimates.

“Put it all together and I think it’s too pricey here, maybe even after today’s pullback,” he said. “Despite its flaws, I think RealReal has a lot going for it, and there’s absolutely a price where the stock’s worth owning, it’s just not this one.”