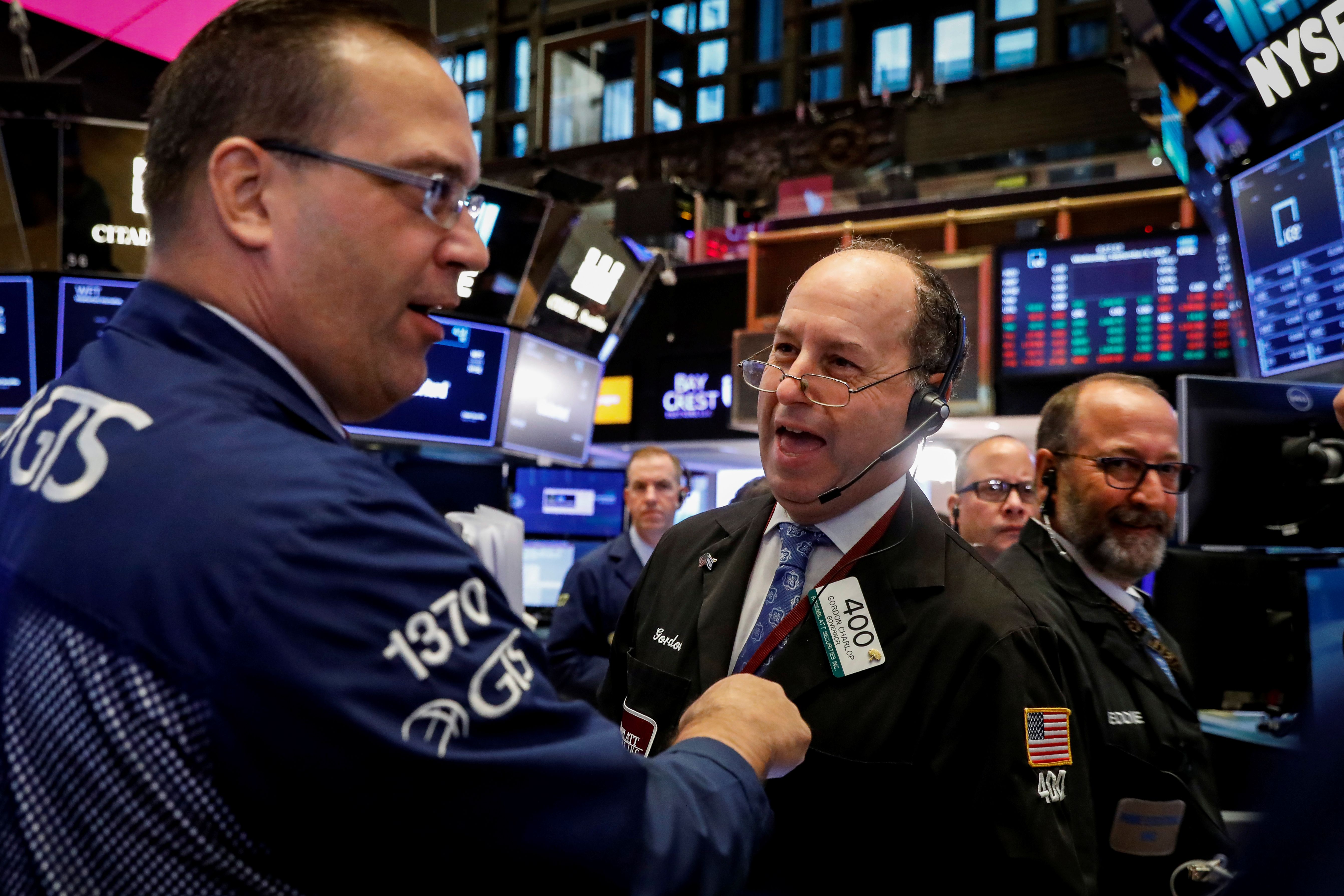 Traders work on the floor of the New York Stock Exchange (NYSE) in New York.

Check out the companies making headlines midday on Wednesday:

CSX — CSX dropped more than 10% after the transportation company’s second-quarter earnings missed estimates and it cut its revenue forecast. CSX reported earnings of $1.08 on revenue of $3.06 billion. Analysts surveyed by Refinitiv were expecting earnings per share of $1.11 on revenue of $3.14 billion. CSX executives say the company’s disappointing second-quarter earnings were due to a “softer industrial environment. “

Comerica — Comerica shares slid 3.1% after the bank reported weaker-than-forecast quarterly numbers. The company posted earnings per share of $1.94 on revenue of $853 million. Analysts expected a profit of $2 per share on sales of $859 million. A lower-than-expected net interest income weighed on Comerica’s results.

Interactive Brokers — Shares of the online brokerage fell 2.4% after reporting disappointing 2019 Q2 earnings. The company’s second quarter earnings-per-share were 46 cents. Analysts polled by Refinitiv expected a profit of 53 cents per share. The company’s results were impacted by lower trading commissions and an 8% rise in expenses.

Levi Strauss — Shares of Levi Strauss dropped 5.1% after the apparel company was downgraded by Goldman Sachs to sell from neutral. The bank cited a high valuation relative to peers and skepticism that the denim company could expand its margins.

Farfetch — An analyst at BTIG initiated Farfetch with a buy rating and a $26 price target, sending the stock up 3.9%. The analyst cited “ample avenues” for the luxury goods retailer to expand it total addressable market.

Redfin — Redfin shares rose 2.8% after an analyst at Susquehanna upgraded the real estate company to positive from neutral, citing an “attractive” risk/reward trade off.

Bank of America — The bank’s stock rose 1.7% on stronger-than-expected second-quarter results that were driven by the company’s retail banking operation. Bank of America posted a profit of 74 cents per share on revenue of $23.23 billion. Analysts polled by Refinitiv expected earnings of 71 cents and sales of $23.195 billion.