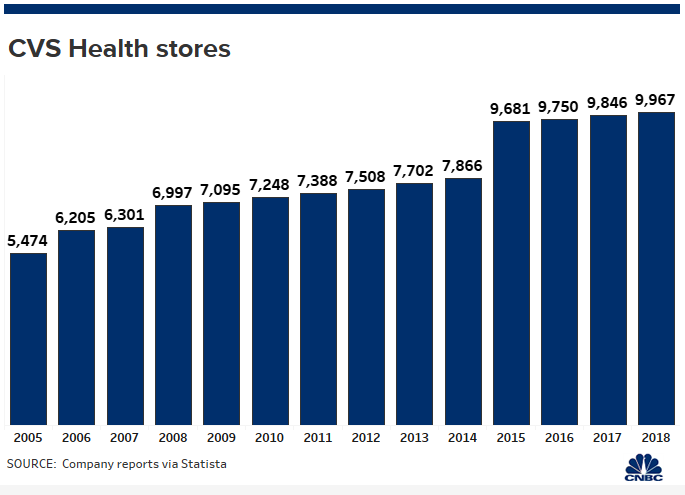 A pedestrian passes a CVS store in New York.

CVS Health will close some unprofitable locations as it redesigns about 15% of its 9,800 stores to focus more on health services, a top executive said at the company’s investor day meeting in New York on Tuesday.

CVS plans to remodel 1,500 locations by 2021 into its new HealthHUB format, which offers services like health screenings and blood tests. It also plans to open new stores in “high-growth markets” as well as in areas of the country where it doesn’t have much of a presence, like the Pacific Northwest, CVS Pharmacy President Kevin Hourican said.

“We will also close stores,” he said, noting that CVS shuttered “a couple hundred” in the past few years after the company stopped selling cigarettes in 2014 and lost the bulk of sales there. Leases on roughly 500 locations come up for renewal every year and are regularly reviewed to see how profitable they are, he said.

“As these stores come due, we will closely evaluate our best financial options for those specific locations, with the goal of improving our overall productivity of our fleet,” he said.

CVS in May said it decided to close 46 underperforming stores. Hourican told CNBC in a separate interview Monday that he does not anticipate any “meaningful” store closures this year.

“When our leases are up for renewal … we will evaluate each and every single one of those locations to determine the best possible outcome for the overall environment from a profit improvement perspective,” he said.