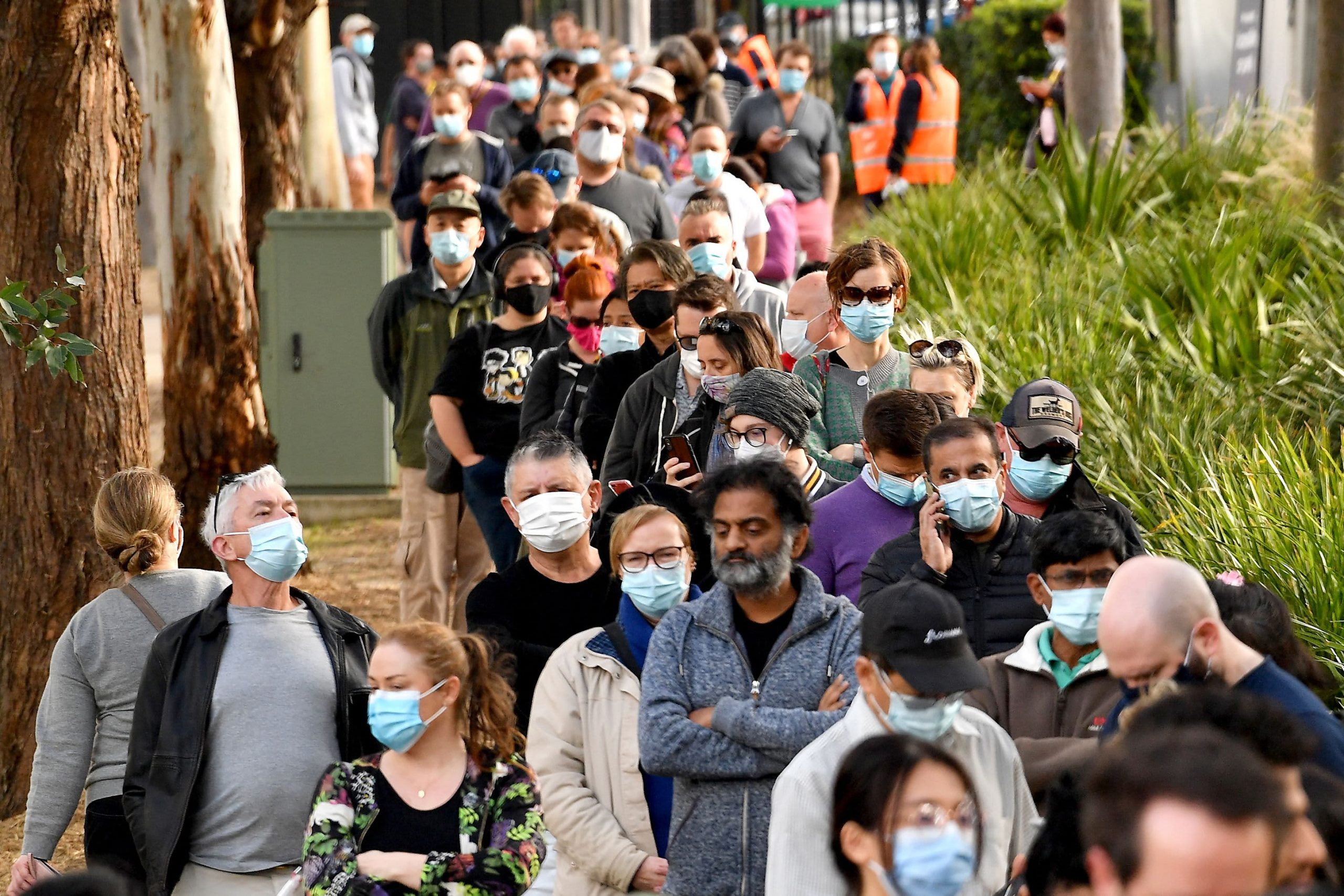 People queue outside a vaccination center in Sydney on June 24, 2021, as residents were largely banned from leaving the city to stop a growing outbreak of the highly contagious Delta Covid-19 variant spreading to other regions.SAEED KHAN | AFP | Getty ImagesThe “delta variant” has come to dominate headlines, having been discovered in India where it provoked an extreme surge in Covid-19 cases before spreading around the world.But now a mutation of that variant has emerged, called “delta plus,” which is starting to worry global experts.India has dubbed delta plus a “variant of concern,” and there are fears that it could potentially be more transmissible. In the U.K., Public Health England noted in its last summary that routine scanning of Covid cases in the country (where the delta variant is now responsible for the bulk of new infections) has found almost 40 cases of the delta variant, which has acquired the spike protein mutation K417N, i.e. delta plus.It noted that, as of June 16, cases of the delta plus variant had also been identified in the U.S. (83 cases at the time the report was published last Friday) as well as Canada, India, Japan, Nepal, Poland, Portugal, Russia, Switzerland and Turkey.India third wave?As is common with all viruses, the coronavirus has mutated repeatedly since it emerged in China in late 2019. There have been a handful of variants that have emerged over the course of the pandemic that have changed the virus’ transmissibility, risk profile and even symptoms.Read more: The fast-spreading delta Covid variant could have different symptoms, experts saySeveral of those variants, such as the “alpha” variant (previously known as the “Kent” or “British” variant) and then the delta variant, have gone on to be dominant strains globally, hence the attention on delta plus.India’s Health Ministry reportedly said Wednesday that it had found around 40 cases of the delta plus variant with the K417N mutation. The ministry released a statement on Tuesday in which it said that INSACOG, a consortium of 28 laboratories genome sequencing the virus in India during the pandemic, had informed it that the delta plus variant has three worrying characteristics.These are, it said: increased transmissibility, stronger binding to receptors of lung cells and the potential reduction in monoclonal antibody response (which could reduce the efficacy of a life-saving monoclonal antibody therapy given to some hospitalized Covid patients).India’s health ministry said it had alerted three states (Maharashtra, Kerala and Madhya Pradesh) after the delta plus variant was detected in genome sequenced samples from those areas.The detection of a variation to the delta variant largely blamed for India’s catastrophic second wave of cases has stoked fears that India is ill-prepared for a potential third wave. But some experts are urging calm.Dr. Chandrakant Lahariya, a physician-epidemiologist and vaccines and health systems expert based in New Delhi, told CNBC Thursday that that while the government should remain alert to the progress of the variant, there is “no reason to panic.””Epidemiologically speaking, I have no reason to believe that ‘Delta plus’ alters the current situation in a manner to accelerate or trigger the third wave,” he told CNBC via email.”If we go by the currently available evidence, Delta plus is not very different from Delta variant. It is the same Delta variant with one additional mutation. The only clinical difference, which we know till now, is that Delta plus has some resistance to monoclonal antibody combination therapy. And that is not a major difference as the therapy itself is investigational and few are eligible for this treatment.”He advised the public to follow Covid restrictions and to get vaccinated as soon as possible. Analysis from Public Health England released last week showed that two doses of the Pfizer-BioNTech or Oxford-AstraZeneca Covid-19 vaccines are highly effective against hospitalization from the delta variant.The WHO has said that it is tracking recent reports of a “delta plus” variant. “An additional mutation … has been identified,” Maria Van Kerkhove, WHO’s Covid-19 technical lead said at a briefing last week.”In some of the delta variants we’ve seen one less mutation or one deletion instead of an additional, so we’re looking at all of it.”

CDC group says there isn’t enough data yet to recommend Covid booster shots
Starbucks CEO says business is rebounding in markets where vaccinations are up
To Top
error: Content is protected !!
Top