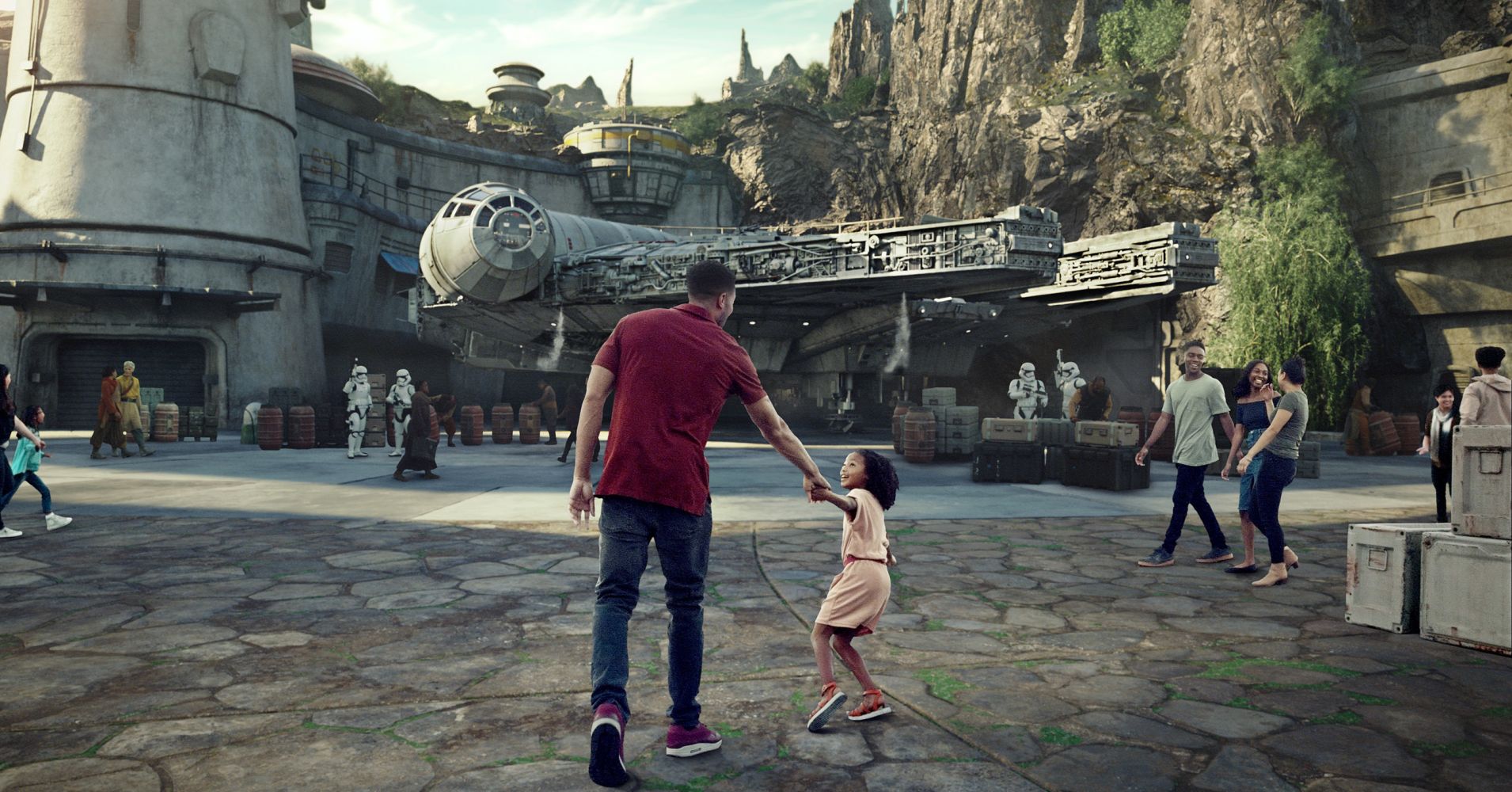 The new lands are set on Batuu, a new planet not yet seen on film. It’s a thriving port filled with rogue traders, droids and unique alien species.

“When we were trying to figure out what the land should be, we started to explore all the different places we could take our guests like Tatooine or maybe even Mustafar,” Doug Chiang, vice president and creative director of Star Wars for Lucasfilm, said during the panel.

However, those already established planets were very much a reflection of the characters that lived on them. Luke Skywalker was a poor moisture farmer hoping to escape the bleak desert landscape of Tatooine and Anakin Skywalker (aka Darth Vader) appears on Mustafar, a lava planet that represents the anger inside of him.

Disney park guests will be able to explore the planet’s Black Spire Outpost and shops as well as pilot the Millennium Falcon on the Smugglers Run ride and take part in an epic battle between the First Order and the Resistance ride.

How well guests work together while piloting Han Solo’s ship — yes, you get to flick switches and everything — will determine if they return to port unscathed or with a few dents in the hull.

“It’s up to you and your flight crew to determine the fate of your ship,” said Asa Kalama, executive creative director at Walt Disney Imagineering.

CEO Bob Iger teased investors in March that the Star Wars Rise of the Resistance ride, which will open at a later date, is “the most technologically advanced and immersive attraction” the park has ever seen.

“There is no movie magic behind this,” Chiang said. “These are all real attraction experiences and places that guests will actually get to visit.”

Shops and restaurants will offer an array of unique merchandise and food and beverages not available in any other location.