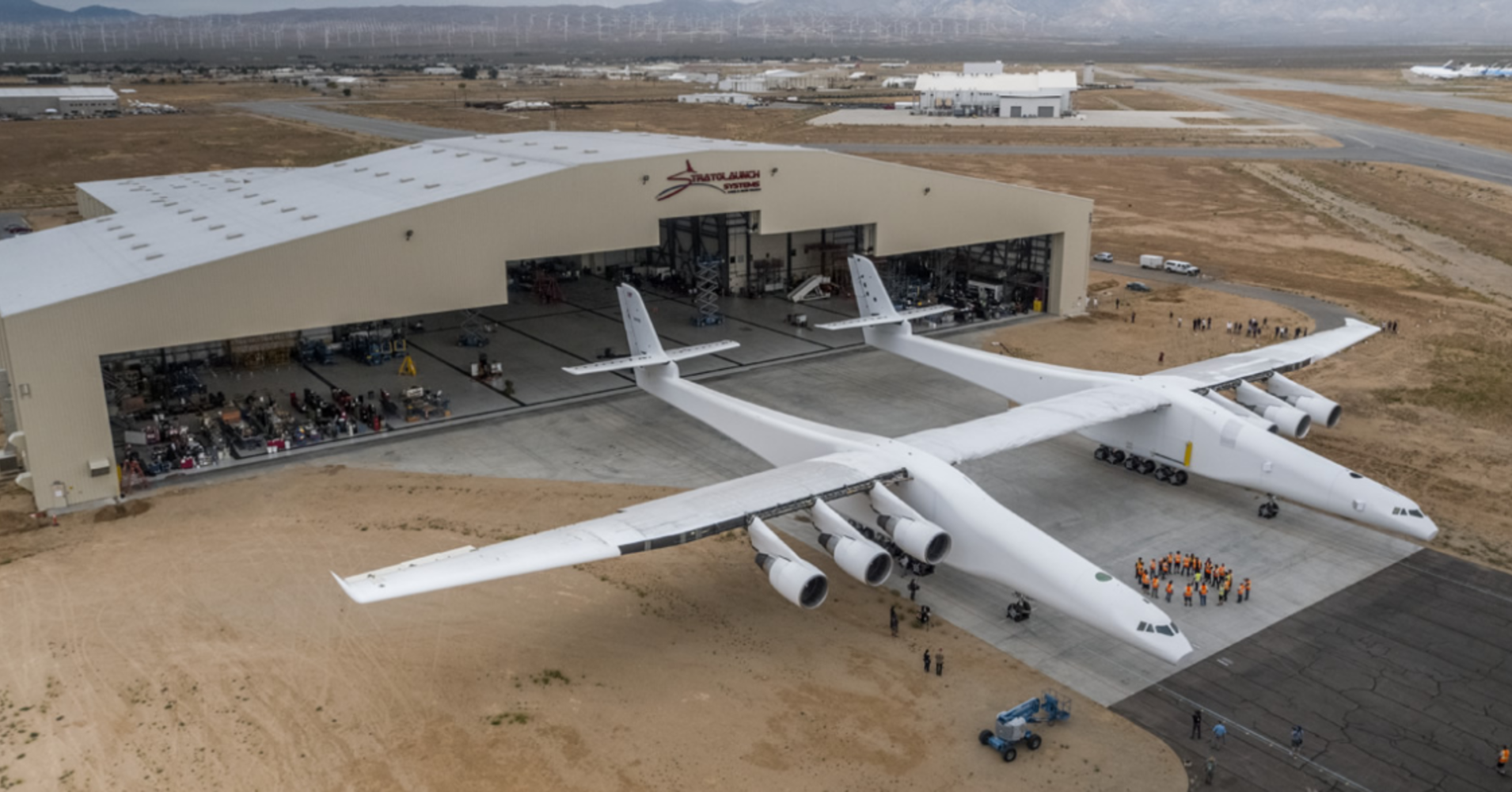 Aviation has a new number one in size, as a one-of-a-kind airplane completed its first test flight on Saturday morning above California’s Mojave desert, people familiar with the flight told CNBC.

The test makes the immense Stratolaunch the largest airplane in the world to fly, with a wingspan measuring 385 feet — wider than a football field is long. With two fuselages and six Boeing 747 engines. Stratolaunch is built to launch rockets from the air.

Stratolaunch is an “air launch” system, meaning that the aircraft will carry rockets up to about 35,000 feet and then drop the rocket. One of the advantages of such a system, touted by Stratolaunch as well as Richard Branson’s Virgin Orbit, is that flying in and out of a traditional runway gives greater flexibility and, eventually, will allow for quick turnaround between launches.

The company has had various partnerships, as well as internal plans, for the rockets that Stratolaunch will carry. SpaceX was one of the company’s earliest partners but Stratolaunch later switched to a contract with Northrop Grumman-owned Orbital ATK to fly the Pegeasus XL rocket. Stratolaunch’s plan to develop its own fleet of rockets was scrapped in January.