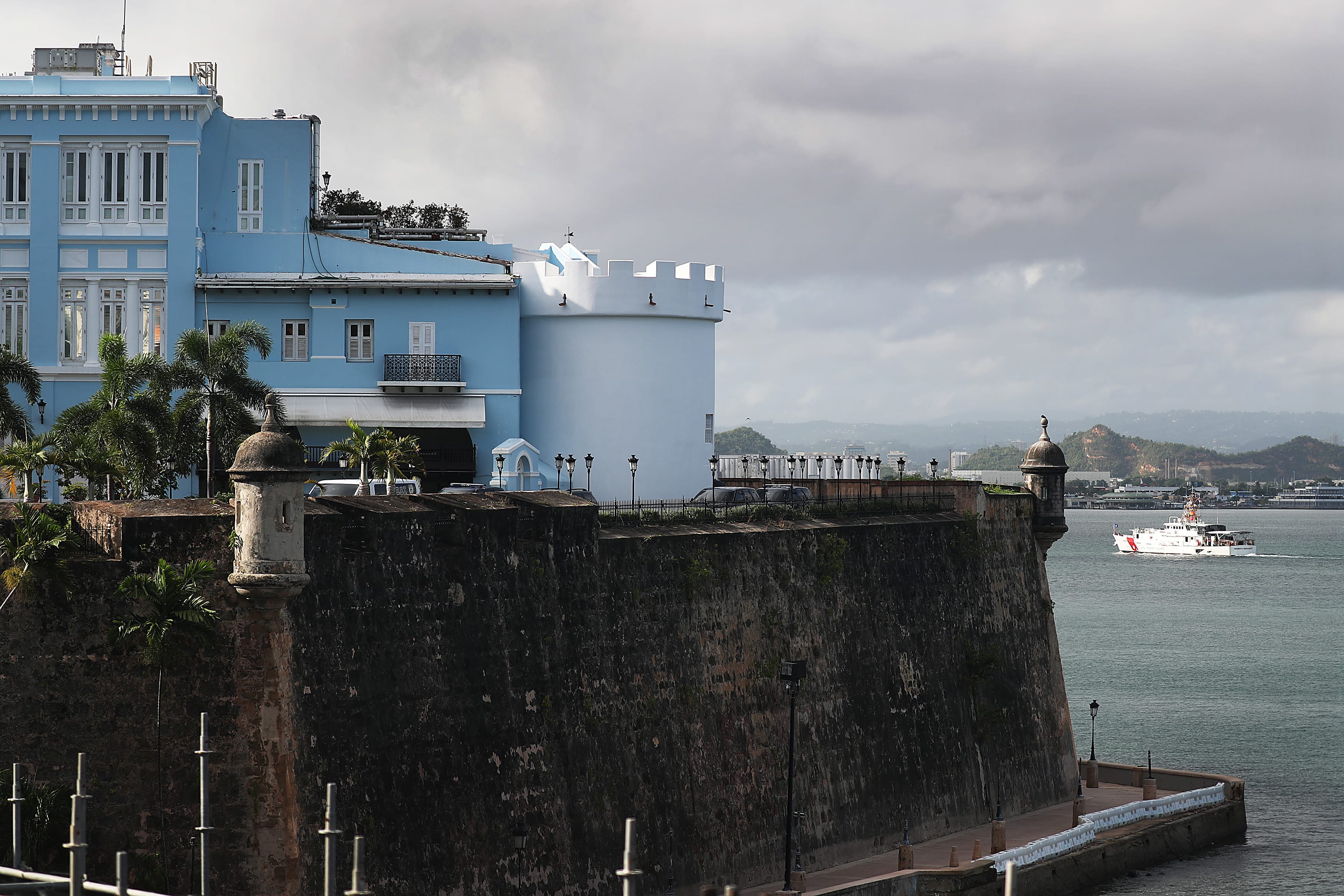 Tropical Storm Dorian is expected to land in Puerto Rico on Wednesday and strengthen into a dangerous Category 2 hurricane as it nears the U.S. mainland, forecasters said Wednesday.

Puerto Rico is under a state of emergency ordered by President Donald Trump and its new governor. Forecasters warn heavy rain could cause life-threatening flooding, landslides and power outages in the U.S. territory that’s still coping with damage and losses from Hurricane Maria nearly two years later.

Forecasters said Dorian will pass over Puerto Rico and the U.S. and British Virgin Islands later on Wednesday, move towards the Bahamas on Friday and could hit Florida’s coast as a hurricane late Sunday or early Monday, according to the National Hurricane Center.

As it announced an increased threat of hurricane conditions to Florida, the center also said its forecasts are on the “lower end of the guidance envelope,” as more serious warnings are expected as the storm continues to grow.

“From the South Carolina coast all the way down to South Florida, any of those areas could be impacted,” Ken Graham, the director of the NHC, said on CNN on Wednesday morning.

Authorities in Puerto Rico closed schools early Tuesday and prepared emergency shelters for tens of thousands of people. They said they have enough fuel and emergency supplies to respond to the storm, despite widespread concern about power outages, like those caused by Hurricane Maria in 2017.

The Trump administration on Tuesday announced an emergency declaration for Puerto Rico, allowing federal aid to supplement local response efforts to the storm.

“We are tracking closely tropical storm Dorian as it heads, as usual, to Puerto Rico. FEMA and all others are ready, and will do a great job. When they do, let them know it, and give them a big Thank You – Not like last time. That includes from the incompetent Mayor of San Juan!” Trump wrote.

The mayor was critical of Trump yesterday, saying on CNN, “His behavior, his lack of understanding – it is ludicrous.”

“3,000 Puerto Ricans did not open their eyes this morning because this racist man did not have it within him to do his job,” she said. “So get out of the way President Trump and let the people who can do the job get the job done.”

Nearly 3,000 people are estimated to have died from Hurricane Maria or its aftermath, which makes it one of the deadliest natural disasters in U.S. history.

Trump incorrectly said on Tuesday that Congress had approved over $90 billion in disaster relief aid for Puerto Rico last year.

In fact, the Federal Emergency Management Agency and other agencies had given out $11.2 billion in aid to the island so far. $91 billion is the Office of Management and Budget’s estimate of how much the island could receive over the next 20 years.

The Trump administration also said this month that it would delay about $9 million in disaster prevention funds intended for Puerto Rico and the Virgin Islands, due to fiscal management concerns.