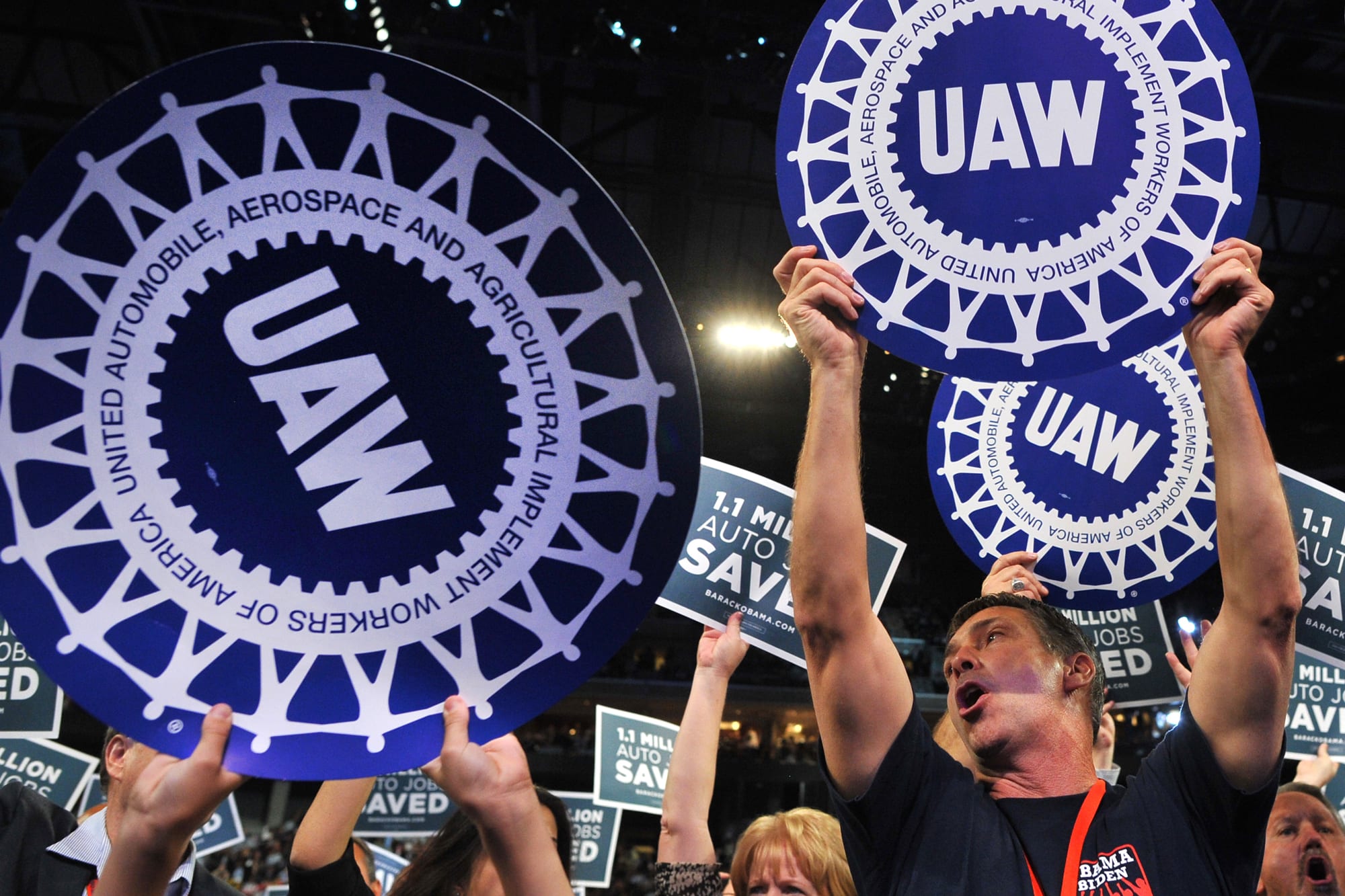 Supporters wave signs during an address at the Time Warner Cable Arena in Charlotte, North Carolina, on September 5, 2012 on the second day of the Democratic National Convention (DNC).

The agency has been widening its probe of corruption in the auto union’s top ranks as Detroit automakers renegotiate labor contracts for 158,000 employees. The probe has already led to the convictions of five people affiliated with the UAW and three Fiat Chrysler executives, including former head of labor relations, Alphons Iacobelli, who was sentenced last year to 5½ years in prison — the longest sentence in the case.

A federal investigation into misuse of millions of dollars in training center funds by Fiat Chrysler executives and UAW leaders expanded to General Motors in recent weeks.

Michael Grimes, a retired senior official with the union’s General Motors division, was charged earlier this month with wire fraud and money laundering for allegedly receiving $2 million in kickbacks from UAW vendors. He was charged in a criminal information, which indicates a guilty plea is expected at his next hearing sent for Sept. 4 in Ann Arbor, Mich.,

It would be a major milestone in the Department of Justice investigation into one of America’s largest unions. He is the first person not affiliated with Fiat Chrysler to be charged as part of the multiyear probe.

Prosecutors did not identify any GM executives as being involved in the corruption, as they did with FCA.