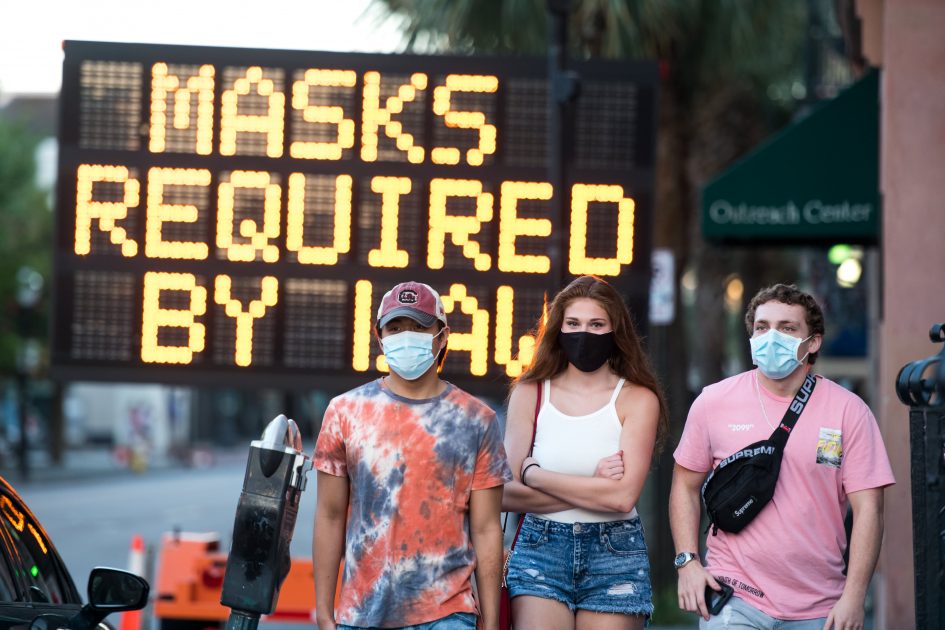 Americans vaccinated against Covid-19 cannot simply return to their pre-pandemic ways of life, Dr. Scott Gottlieb told CNBC on Wednesday.”It’s not going to be like it was in 2017 and 2018, when we didn’t worry at all about catching a respiratory pathogen,” the former Food and Drug Administration commissioner said on “Squawk Box.” “We’re going to worry about it, even if we’re vaccinated.”However, he did say, “I think we’ll worry much less than we’re worrying right now, hopefully.”The novel coronavirus emerged in late 2019 in Wuhan, China and spread around the world, causing a total of nearly 86.6 million infections and more than 1.87 million deaths, according to data from Johns Hopkins University as of Wednesday morning. The U.S., in the midst of another case and fatality surge, accounted for more than 21 million of those global cases and over 357,000 of the deaths.Gottlieb, who led the FDA in the Trump administration from 2017 to 2019, likened the potential post-coronavirus changes to life in America to flying on an airplane after the Sept. 11, 2001, terrorist attacks. For example, he said he believes due to the pandemic that public venues may continue taking temperature screenings.”I just think things are going to be different, just like they’re different when you go through an airport now after 9/11,” said Gottlieb, who serves on the board of Pfizer, which makes a Covid-19 vaccine. “I don’t think masks are going to be mandatory next fall and winter if we can get the vaccination rate up and if these new variants go away or don’t become prevalent. But I do think a lot of people will want to wear masks, and that’s OK.”Gottlieb cited a couple reasons behind his beliefs, including reluctance by some people to be vaccinated against Covid-19, just like there’s not universal vaccination against seasonal influenza. Additionally, he stressed that the vaccines protect people from developing symptomatic Covid-19, not necessarily from ever being infected by the coronavirus.”It’s going to take time to fully answer that question because we’re going to be dependent on real-world evidence, but the conventional wisdom … is that the vaccine is probably preventing some people getting infected and probably reducing likelihood of people who are infected [from transmitting] the virus,” Gottlieb said. “What we don’t know is the magnitude of that effect.”Gottlieb’s remarks followed a warning he issued Tuesday evening about the new strain of coronavirus circulating in South Africa, telling CNBC’s Shepard Smith it is “very concerning” because it may have mutated in a way that could limit the effectiveness of antibody drugs.Disclosure: Scott Gottlieb is a CNBC contributor and is a member of the boards of Pfizer, genetic testing start-up Tempus and biotech company Illumina. He also serves as co-chair of Norwegian Cruise Line Holdings’ and Royal Caribbean’s “Healthy Sail Panel.”