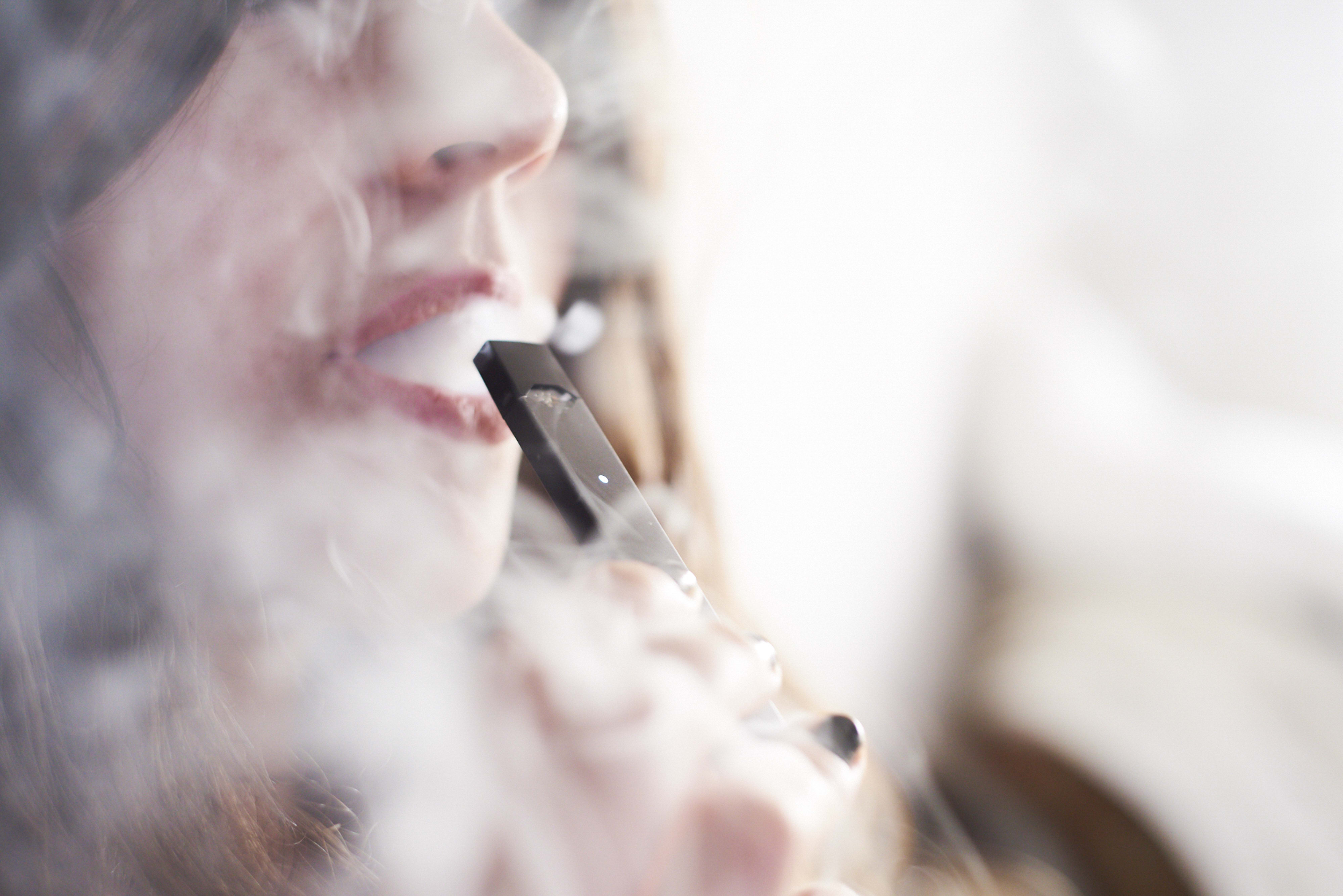 A person smokes a Juul Labs e-cigarette in this arranged photograph taken in the Brooklyn, New York.Gabby Jones | Bloomberg | Getty ImagesThe value of e-cigarette maker Juul in the private market is “coming down sharply,” people familiar with the matter tell CNBC’s David Faber.While Philip Morris invested in the controversial vaping company at around $250 per share, sources say that Juul is now valued at 20% lower in a range between $225-$230.The decline in Juul’s valuation in the private market comes amid a flurry of regulatory headwinds for the company, which was recently accused of of illegally advertising vaping as a way to quit smoking and targeting children with flavors like mint and bubble gum.The Food and Drug Administration on Monday lambasted Juul for illegally marketing its nicotine pods as a safer alternative to traditional combustible cigarettes and  threatened action against the company, including the seizure of its products.Regardless of where products like e-cigarettes fall on the continuum of tobacco product risk, the law is clear that, before marketing tobacco products for reduced risk, companies must demonstrate with scientific evidence that their specific product does in fact pose less risk or is less harmful,” Acting FDA Commissioner Ned Sharpless said in a statement.The White House then announced on Wednesday plans to remove all flavored e-cigarettes from the market following a few fatalities and potentially hundreds of illnesses linked to the practice.Health and Human Services Secretary Alex Azar said that with President Donald Trump’s approval, the FDA is working on a “guidance document” that would prohibit all flavors barring tobacco.”Once the FDA would finalize this guidance, we would begin enforcement actions to remove all such products from the marketplace,” Azar told reporters during a meeting with the president and first lady Melania Trump.

Retirement destinations with the best weather
FDA finds impurity in heartburn medicine Zantac that could cause cancer
To Top
error: Content is protected !!
Top