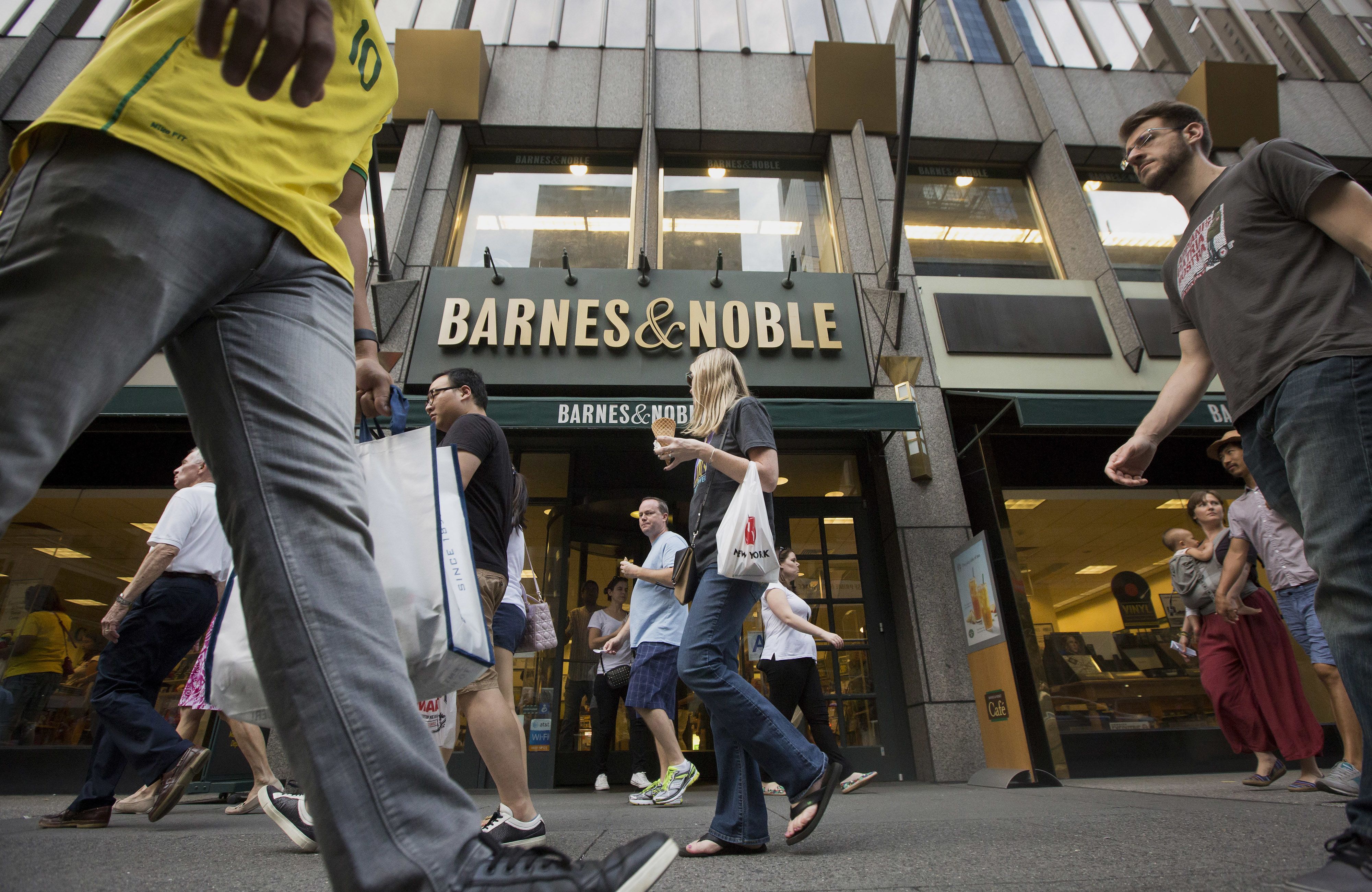 Elliott Management is the lead bidder for bookseller Barnes & Noble in a deal that could be announced as soon as later this week, The Wall Street Journal reported on Thursday.

Barnes & Noble shares were briefly halted on the news, and surged more than 24% when trading resumed. Talks among Elliott and other companies bidding for Barnes & Noble are still underway and a deal is not guaranteed, the Journal reported, citing people familiar with the matter.

The paper said the terms of the deal weren’t known. Barnes & Noble has faced continued pressure from Amazon and independent booksellers. Its shares have fallen roughly 25% year-to-date, giving it a market capitalization of $336 million.

The retailer said last year it was exploring a sale after having received “expressions of interest” from “multiple parties,” including its chairman, Leonard Riggio, who founded the company in 1965.

In March, Barnes & Noble reported flat sales during the key holiday season and warned investors of weaker than expected full-year earnings as the company struggled with slower traffic and weak sales momentum.

Part of the bookseller’s turnaround plan has included closing some of its more than 600 stores across the U.S. and relocating to smaller spaces that receive a fresh and modern look. The company has said its prototype stores encourage shoppers to buy books online or from a tablet.

Barnes & Noble named a board committee to review bids for the company in October 2018.

The company did not immediately respond to request for comment.