Episode IX’s title is ‘The Rise of Skywalker” 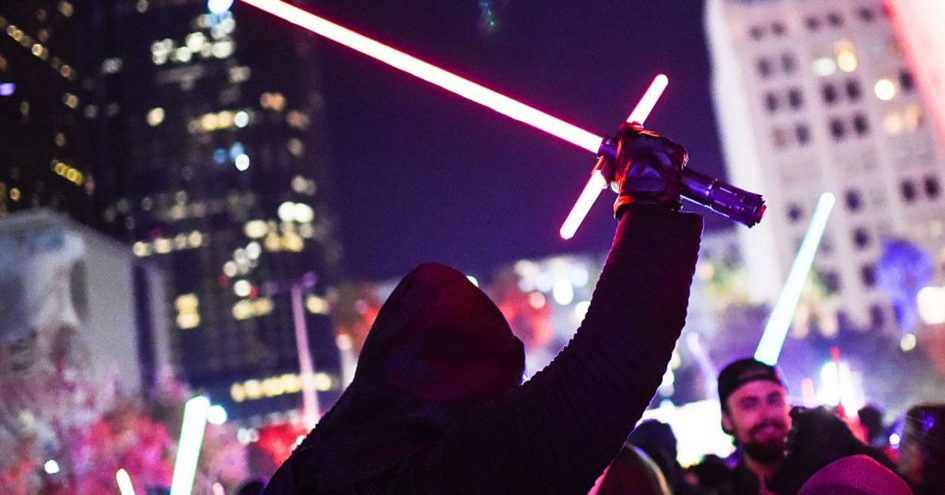 After nearly two years of waiting, the much-anticipated finale to the Skywalker Saga finally has a name: “The Rise of Skywalker.”

At Star Wars Celebration in Chicago on Friday, Disney unveiled the first trailer for what has until now been called “Star Wars: Episode IX.”

The film will not take place directly after the events of “The Last Jedi,” director J.J. Abrams said Friday during the “Star Wars: Episode IX” panel at the Chicago event.

The trailer features voice over from Mark Hamill as Luke Skywalker, telling Rey, “We’ve passed on all we know. A thousand generations live in you now. But this is your fight.”

She is carrying his hand-me-down lightsaber, now mended following the events of “The Last Jedi,” and staring down the barrel of Kylo Ren’s TIE fighter in a desert.

Through several cuts we see characters from the previous two films in the newest “Star Wars” trilogy as well as returning favorites such as Billy Dee Williams as Lando Calrissian.

The trailer wraps with ominous theme music and cackling laughter. It is likely the voice of Emperor Sheev Palpatine. Once the trailer was shown at the panel, Ian McDiarmid, the actor behind the iconic villain, appeared from backstage telling the tech team to roll the clip again.

“The Rise of Skywalker” is the final installment in the nine-film “Star Wars” saga centered around the Skywalkers. Not much is known about the plot of the film, only that some time has passed between the second and third installments in the most recent trilogy.

Joonas Suotamo, who took over the role of Chewbacca from Peter Mayhew for the last four “Star Wars” films, will also be featured in the film. Naomi Ackie will take on the role of newcomer Jannah. During the panel, Ackie dodged questions about whether this character was related to Lando Calrissian.

“Lando is a very charming man, so he could have children all over the universe,” Ackie said.

The late Carrie Fisher also appeared in the trailer. Unused footage from “The Force Awakens” has been repurposed to give her character Leia Organa more scenes within the film. Abrams said that CGI was never an option for extending her presence in the film.