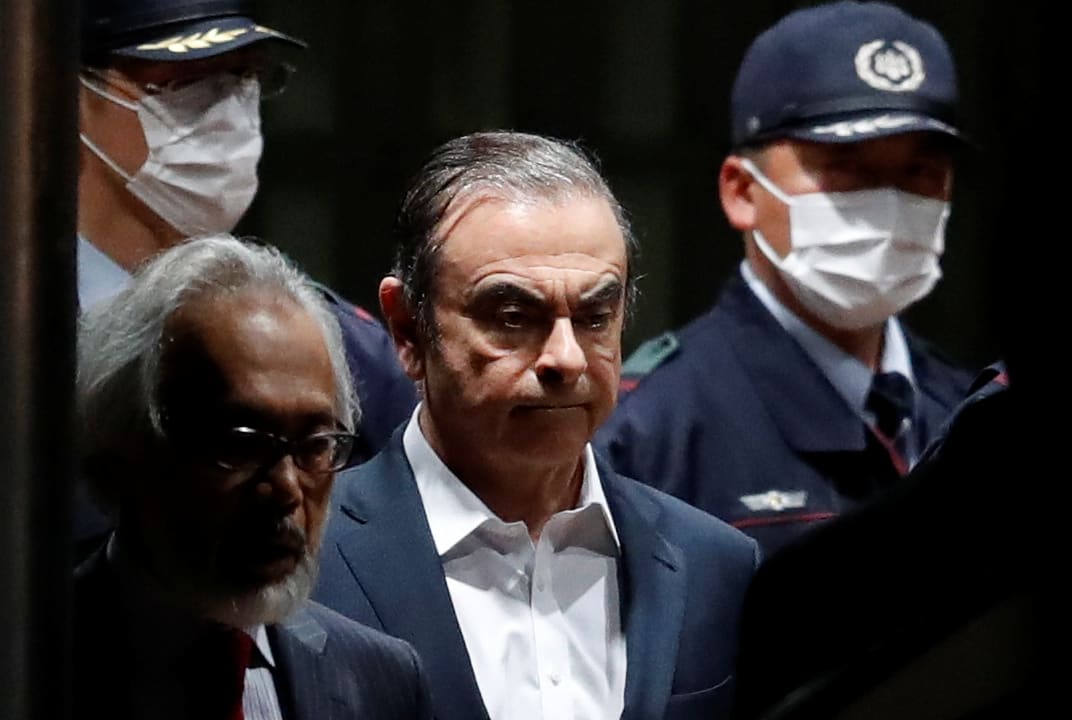 Former Nissan Motor Chariman Carlos Ghosn leaves the Tokyo Detention House in Tokyo, Japan April 25, 2019.Issei Kato | ReutersThe U.S. Securities and Exchange Commission settled charges Monday against former Nissan CEO Carlos Ghosn and former director Gregory Kelly over false financial disclosures that omitted more than $140 million in total compensation.Ghosn, with substantial assistance from Kelly and others, attempted to conceal more than $90 million of his pay from 2009 until his arrest in Tokyo in November 2018, according to the SEC. The scheme also included increasing Ghosn’s pension by more than $50 million.The commission said Nissan omitted more than $140 million in undisclosed compensation and retirement benefits for Ghosn in its financial disclosures. The sum was never paid to Ghosn, the SEC stated.Ghosn and Kelly “crafted various ways to structure payment of the undisclosed compensation after Ghosn’s retirement, such as entering into secret contracts, backdating letters to grant Ghosn interests in Nissan’s Long Term Incentive Plan, and changing the calculation of Ghosn’s pension allowance to provide more than $50 million in additional benefits,” the SEC said in a statement.The commission also charged Nissan with violating anti-fraud provisions, which the company settled by agreeing to pay a $15 million civil penalty. The SEC also accused Ghosn of violating the securities laws and Kelly with aiding the violations.Ghosn agreed to a $1 million civil penalty and a 10-year bar from serving as an officer or director of a public company. Kelly agreed to a $100,000 penalty, a five-year officer and director bar and a five-year suspension from appearing before the commission as an attorney.Nissan, Ghosn and Kelly all settled without admitting or denying such allegations and findings, the SEC stated.”Simply put, Nissan’s disclosures about Ghosn’s compensation were false,” said Steven Peikin, co-director of the SEC’s division of enforcement. “Through these disclosures, Nissan advanced Ghosn and Kelly’s deceptions and misled investors, including U.S. investors.”