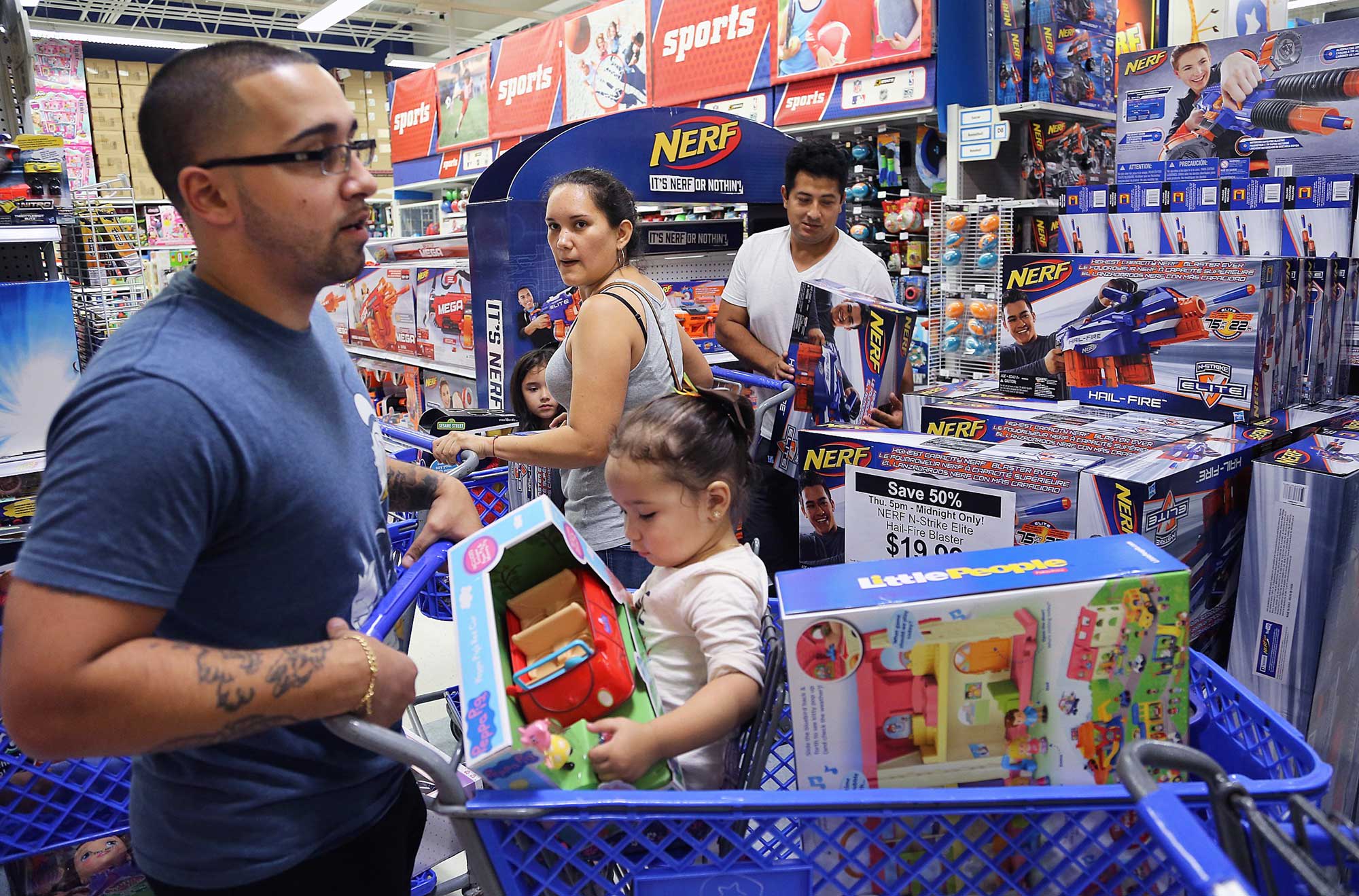 Shoppers at the ‘Toys R Us’ store in Doral, Fla.Carl Juste | Miami Herald | Getty ImagesToys R Us’ bankruptcy was not the death of toys.Although toy sales will likely decline this year, sales are expected to pick up again in 2020, according to a recent report from NPD Group.”Most people thought that when Toys R Us shuttered its doors that the industry would fall apart,” said Juli Lennett, vice president and industry advisor at NPD Group. “But it didn’t, and it’s not going to.”Toys R Us’ bankruptcy caused a 7% surge in sales for the toy industry during the first half of 2018. Whether it was a feeling of childhood nostaglia or sweet deals at liquidation sales, parents stocked up. But overall toy sales ended the year down 2% to $21.6 billion as manufacturers experienced their first Christmas without the toy retailer, according to reports by NPD Group.The market researcher declined to provide a specific estimates for toy sales in 2020.Building sets were hurt by Toys R Us’ closure, Lennett said, as they were popular purchases at the store. But they’re rebounding.”They had a lot of really great displays,” Lennett said. “When they closed, it took some time for building sets to find a new home and get back up to where they were, combined with the fact that there are a lot of great building sets out there and new ones launching.”She added that this “new home” includes retailers that have started selling building sets since Toys R Us closed, as well as some that had sold them that are now getting more attention for them from toy shoppers.Lego also has been taking its fate into its own hands by opening more of its own stores. The company is on track to open more than 70 stores globally this year. The tally, doesn’t include China, where it expects to have more than 140 stores by the end of this year. Sports toys — like Nerf guns — were also hit by the toy giant’s bankruptcy, and are now starting to recover.Lennett said that shoppers who hoarded the toys they bought when Toys R Us announced its bankruptcy have now gifted most of them, so they’re expected to start shopping again, reinvigorating the industry.The NPD group also expects to see growth in sales of action figures, stemming from upcoming movies from Warner Bros. and Universal Studios, and arts and crafts, as the “do it yourself” craze slows.While dolls have been performing on par with the overall toy industry, Frozen 2’s release at the end of the year, as well as the success from the two largest brands — L.O.L. Surprise! and Barbie — could cause a spike in sales.”L.O.L. Surprise is killing it in the category,” Lennett said. “Once those are fully stocked this year, we’re going to see great things from L.O.L. Surprise, and of course Barbie is celebrating her 60th anniversary.”Older children are spending more time on electronic devices, which means less time with toys, but Lennett doesn’t think that will hurt doll sales.”They are still playing with toys and I always say in order to play with the toy, you have to buy the toy,” she said. “Maybe you used to spend two hours playing with the Barbie doll and now you’re spending an hour and 45 minutes — you still have to buy the Barbie doll.”Toys R Us is also trying to make a comeback. When the company liquidated its business, its lenders took over its intellectual property, including the Toys R Us, Babies R Us and Geoffrey brand names and are operating them under the name Tru Kids. Richard Barry, the president of Tru Kids told CNBC that the company would emphasize technology, in-store experiences and customer service, as Toys R Us was criticized for not investing in its stores and digital strategy.The first signs of its strategy in action were announced last week as Tru Kids struck a partnership with Candytopia to create interactive play rooms, that will travel to different cities.