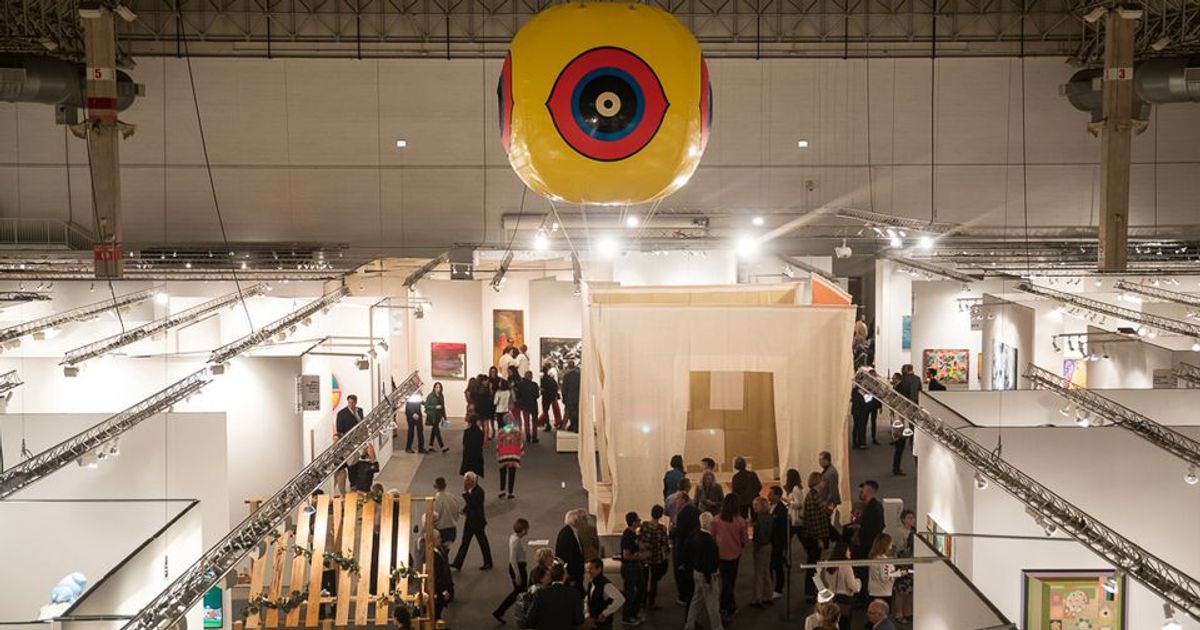 A scene from the 2018 edition of Expo Chicago
Justin Barbin

Expo Chicago’s ninth edition has been postponed due to the coronavirus pandemic: the 2021 fair will now take place at the Navy Pier in July 2021. No official dates have been confirmed, but an online edition of the fair will run beforehand from 8 through 11 April, which were the original dates. This will be the second time Expo Chicago has been forced to postpone its ninth installment as a result of a rise in Covid-19 cases. Originally it was set to open last September. “With the advice and council of our selection committee, civic leaders and dealers worldwide, we have decided to produce a digital experience this coming April, while simultaneously preparing for an in-person fair as soon as it is safe to do so,’’ Tony Karman, president and director of Expo Chicago, noted in a news release.Details have yet to be announced about the digital presentation, but attendees of the in-person fair this summer can look forward to programming from Marcella Beccaria, the chief curator and curator of collections at Castello di Rivoli Museo d’Arte Contemporanea in Turin, Italy, for the fair’s IN/SITU section, which focuses on large-scale site-specific installations, and from Humberto Moro, who works as deputy director and senior curator at Mexico City’s Museo Tamayo for the fair’s Exposure segment, which features solo and dual-artist presentations from those represented by galleries ten years and younger. “We will carefully monitor the progress with vaccines and protocols in order to make the announcement with ample time for our participating galleries, patrons and institutional partners to prepare,’’ Karman says.