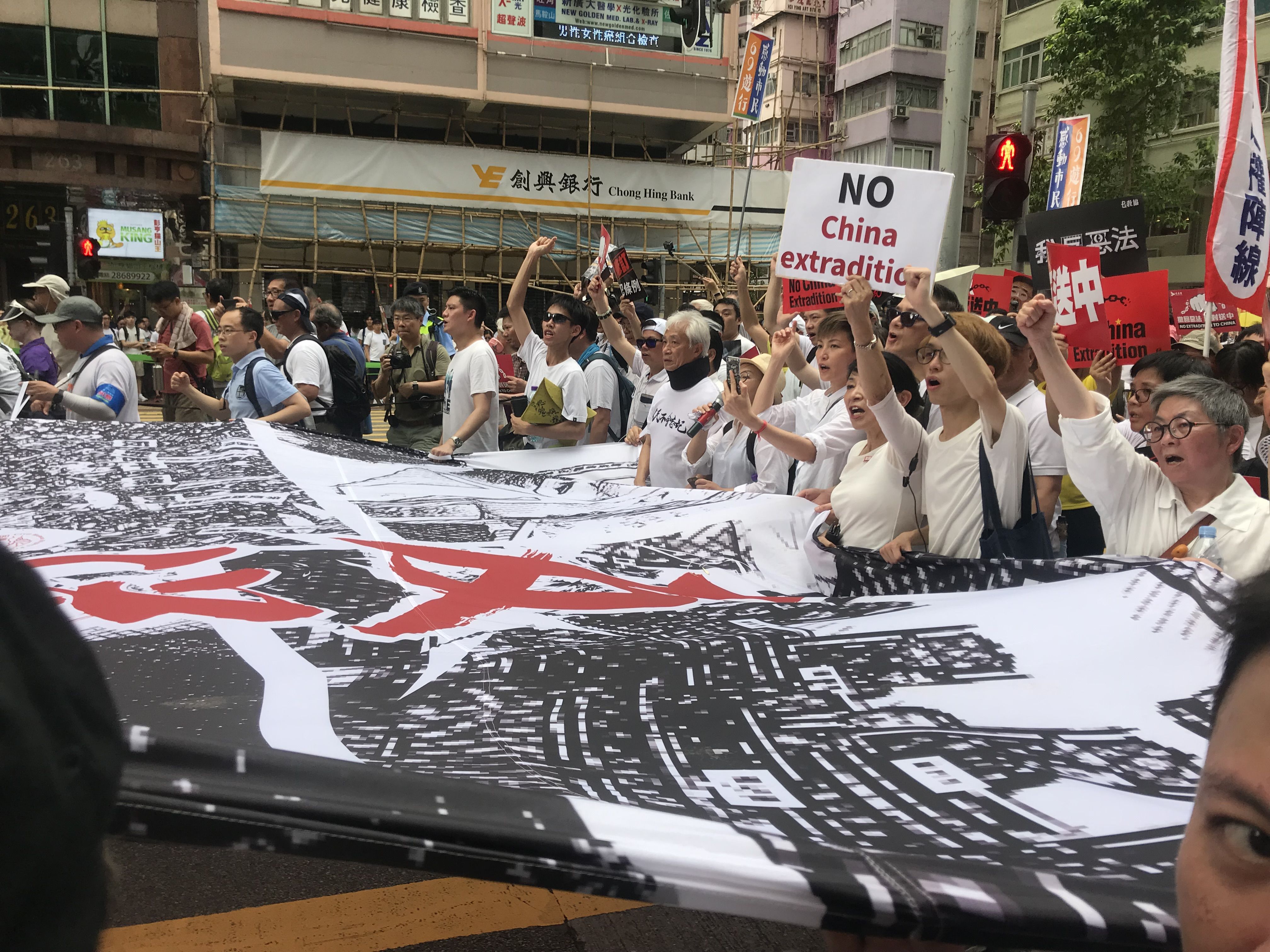 Hong Kong runs the risk of losing its special customs status with the U.S. if its autonomy is seen to be eroded with the contentious extradition bill, according to one analyst.

There’s much at stake for Hong Kong, a special administrative region in China, with the risk that it is increasingly perceived as a “weak link” amid the U.S-China trade war, Eleanor Olcott, China policy analyst at research firm TS Lombard, wrote in a note on Thursday.

Protesters have taken to the streets in Hong Kong, calling on the government to drop a proposed change to a law that will allow extraditions to China. The heart of the issue, demonstrators say, is the city ceding its autonomy to Beijing.

Therefore, Hong Kong exports to the U.S. are not subject to the tariffs that the Trump administration has imposed on goods from mainland China.

With the U.S.-China trade fight in full swing, however, “the risk is that (Hong Kong) is seen by the U.S. as a weak link in the economic and technology conflict,” wrote Olcott.

That is especially since Hong Kong firms are increasingly turning to the “first sale rule” — which Olcott says is “a legal loophole” in American trade legislation that allows exporters to avoid the full cost of Trump’s China tariffs.

Under the  “first sale rule,” tariffs are payable on the original price — which in this case, is what the Hong Kong-based company pays the factory in China, instead of the price paid by the American buyer.

“The danger is that the U.S. starts to view this practice as akin to a weak-point in its trade war,” she wrote, explaining that some companies could re-route their goods to a third destination in order to avoid higher tariffs.

The extradition bill is posing a risk to Hong Kong — in large part due to its timing, Olcott said, as the U.S. is currently “reappraising its China policy.”

“The US administration … has drifted away from its pre-Trump strategy of deepening economic ties with allies in the region as a hedge against the (People’s Republic of China),” she said, citing the U.S. decision to back out of the Trans-Pacific Partnership as an example.

American politicians are already warning about what could come if the extradition bill is passed.

U.S. Speaker of the House Nancy Pelosi suggested that if the extradition changes are made official, Hong Kong may no longer be “sufficiently autonomous” to justify a special trade arrangement between the territory and the United States.

Passing the law could be seen as a “major tipping point” in the erosion of Hong Kong’s autonomy and will come “precisely (at) the moment that the U.S. is sharpening its weapons in the trade war,” Olcott said.