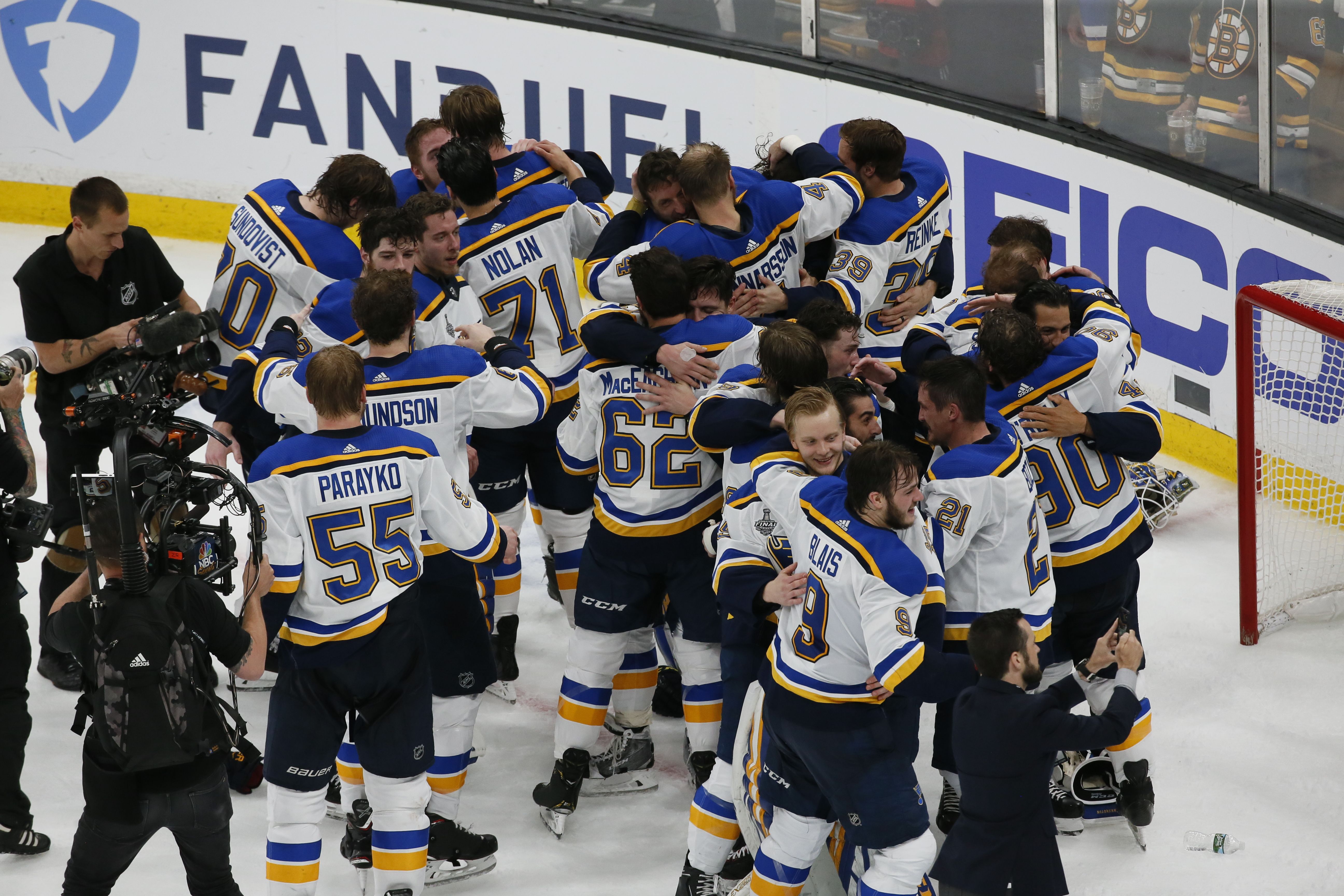 The St. Louis Blues celebrate after defeating the Boston Bruins in Game Seven to win the 2019 NHL Stanley Cup Final at TD Garden on June 12, 2019 in Boston, Massachusetts.

The St. Louis Blues won the National Hockey League’s Stanley Cup for the first time with a 4-1 win over the Boston Bruins in the decisive seventh game of the championship series on Wednesday.

With the victory, the visiting Blues not only completed a remarkable turnaround considering they were dead last in the NHL in early January but also ended the longest wait in NHL history — 51 seasons — for a team to win their first championship.

The Blues scored two goals late in the first period and then put on a defensive masterclass while Jordan Binnington made 32 stops, including the save of the game when he got a leg out to stop by Joakim Nordstrom from in close midway through the third.

The Bruins, who had never before hosted a Game Seven of a Stanley Cup Final, made a solid start and created all sorts of pressure but it was the Blues who jumped out to an early 2-0 lead despite being outshot 12-4 in the opening frame.

Ryan O’Reilly opened the scoring with about three minutes left in the period when he cleverly re-directed a shot from the point by Jay Bouwmeester that went right through Boston goalie Tuukka Rask’s legs.

Blues defenseman Alex Pietrangelo added another with eight seconds left in the period when he skated in and used a nifty backhand deke to beat Rask and silence the stunned home crowd.

St. Louis nearly added a third midway through the second period but Zdeno Chara managed to swat the puck away from the goal line after a shot from Brayden Schenn went off the crossbar and Rask’s shoulder before dropping in the crease.

Schenn did make it 3-0 when he took a centering pass from Vladimir Tarasenko and fired it off the post and past Rask with under nine minutes to play before Zach Sanford put the game out of reach with his first of the playoffs with under five minutes to play.