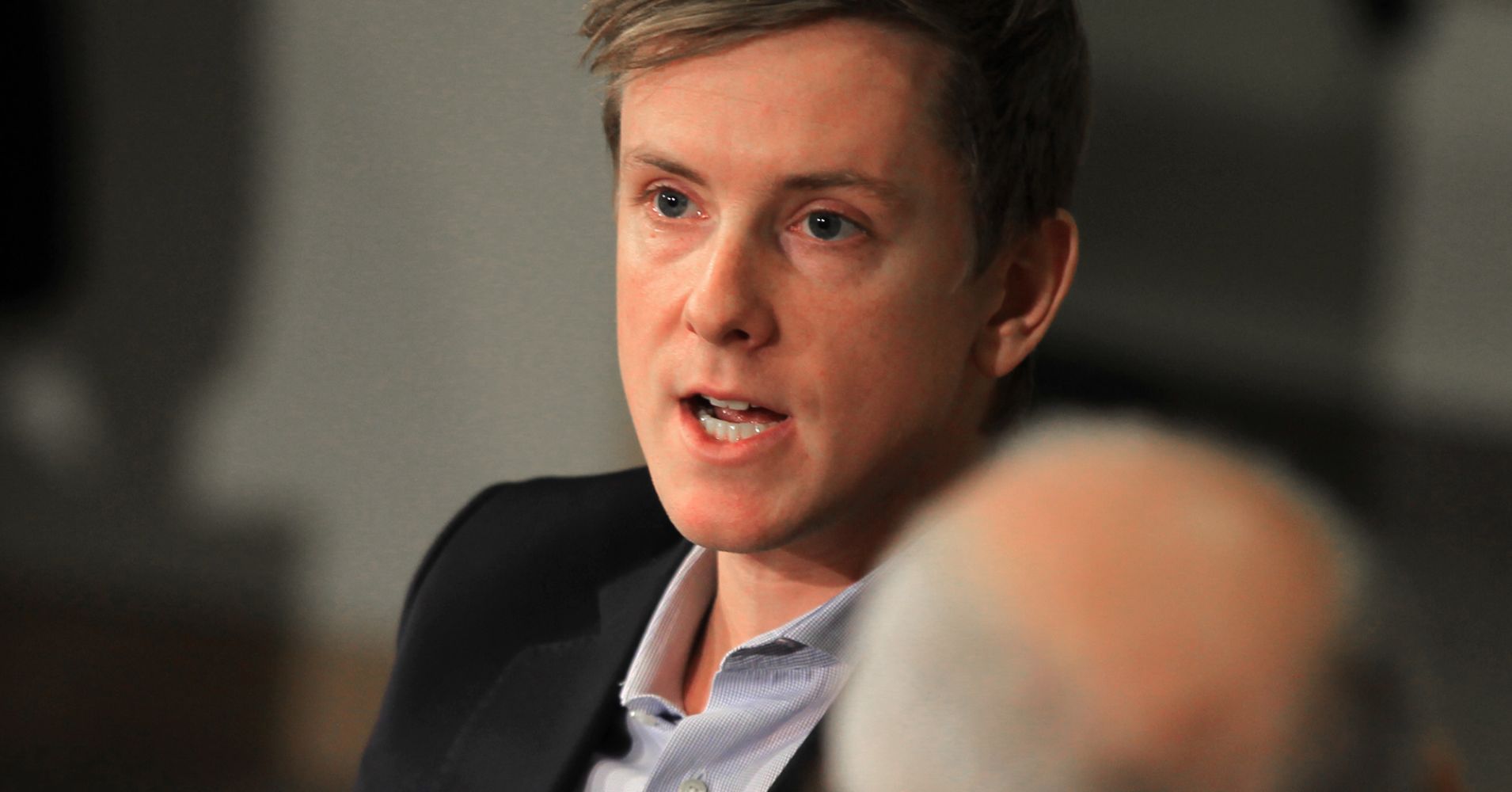 Facebook co-founder Chris Hughes issued a forceful call for regulators to break up the company he helped build in a New York Times op-ed published Thursday.

Hughes, who left Facebook to work for Barack Obama’s 2008 presidential campaign, said that from his own experience building and working inside the company, Facebook now has more power than a private sector entity is due. While emphasizing his belief that CEO Mark Zuckerberg is has good intentions overall, he said the executive has far too much unchecked power, aided by his majority voting stake in the company.

“The most problematic aspect of Facebook’s power is Mark’s unilateral control over speech,” Hughes wrote. “There is no precedent for his ability to monitor, organize and even censor the conversations of two billion people.”

Hughes mentioned Zuckerberg’s response to the spread of violent messages in Myanmar through his company’s services. The United Nations blamed Facebook’s services for helping to spread hate speech amid a mounting crisis that led about 700,000 Rohingya Muslims to flee the country after what then-Secretary of State Rex Tillerson called an “ethnic cleansing.”

It’s no coincidence that Hughes chose to write this op-ed now. Facebook is preparing to merge the technology behind its three messaging platforms, Facebook Messenger, Instagram and WhatsApp, as part of its new vision for social media as a private communication network. That vision came after Facebook’s more public forms of communication were found to be used by foreign actors to influence voters ahead of the 2016 U.S. presidential election.

Facebook’s plans to integrate the platforms means that “time is of the essence,” Hughes wrote, saying that if the plans are completed, it would be more difficult for the Federal Trade Commission to break them apart.

“I don’t think these proposals were made in bad faith,” Hughes said. “But I do think they’re an attempt to head off the argument that regulators need to go further and break up the company. Facebook isn’t afraid of a few more rules. It’s afraid of an antitrust case and of the kind of accountability that real government oversight would bring.”

Hughes called the FTC’s decision to let Facebook acquire Instagram and WhatsApp in the first place the regulator’s “biggest mistake” and said the three entities should be broken into separate companies before Facebook weaves them together.

Facebook could soon face a fine from the FTC expected to be as large as $5 billion as a result of the regulator’s probe into whether the company violated a 2011 consent decree that Hughes said Facebook “largely ignored.” Facebook’s stock still jumped the day it disclosed the potential size of the fine and lawmakers from both major parties have called it a “bargain.” Facebook’s stock is up nearly 45% in 2019 with a market cap of $541 billion.

Facebook has adopted a strategy of acquiring and copying other companies where it feels it cannot compete, Hughes said, making it unduly difficult for new social media companies to survive. Facebook infamously copied Snapchat’s “Stories” feature for Facebook and Instagram, for example, and Hughes said that in 2012, Facebook blocked the up and coming video app Vine from using a tool that would allow users to find their Facebook friends on their service, eventually crippling the app.

Part of Hughes’ argument is that Facebook’s size and scale leaves users with few options for other social networks to turn to if they want to leave Facebook’s services. If Facebook doesn’t acquire a social networking company, it can just copy its features and launch them at scale before its smaller competitor has a chance to take off.

Hughes said in the article he liquidated his Facebook shares in 2012 and no longer owns shares of any social media company.

Breaking up Facebook, or at least attempting to do so, would send a powerful message to the tech industry at large, Hughes said. He called for additional oversight of the industry through new systems like an agency “empowered by Congress to regulate tech companies.” The nature of tech companies has made them difficult to regulate since theory around antitrust law has previously centered around the question of whether consumers are being forced to pay inflated prices, which doesn’t really apply to a company like Facebook.

“Facebook is the perfect case on which to reverse course, precisely because Facebook makes its money from targeted advertising, meaning users do not pay to use the service,” Hughes said, adding that Google and Amazon may take such a case a warning for their own businesses. “But it is not actually free, and it certainly isn’t harmless.”

Read the full op-ed at The New York Times.

Watch: Facebook co-founder Chris Hughes calls for the breakup of the company