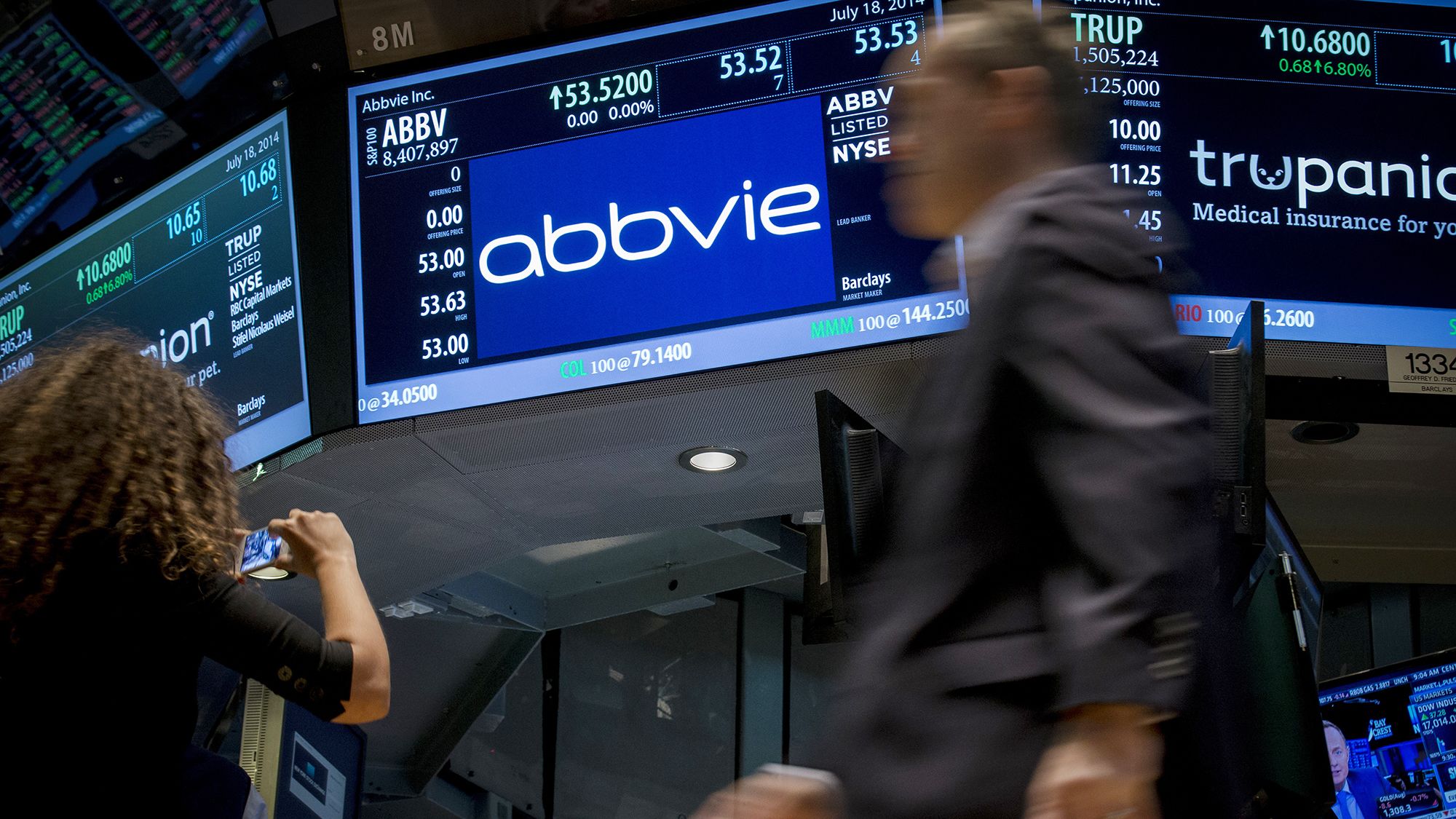 A screen displays the share price for pharmaceutical maker AbbVie on the floor of the New York Stock Exchange.

The U.S. Food and Drug Administration on Friday approved AbbVie’s new treatment for rheumatoid arthritis, a win for the drugmaker seeking to widen its portfolio as its blockbuster flagship therapy Humira faces competition.

It is set to compete with Pfizer’s Xeljanz and Eli Lilly’s Olumiant.

Rinvoq’s label has a warning that flags risks of serious infections and lymphoma. In a notice, the FDA also said that patients taking JAK inhibitors in general risked developing blood clots.

AbbVie has been aggressively fending off competition for Humira by signing deals with rival companies to prevent their cheap versions of the drug from entering the United States, its biggest market, until 2023.

Humira, which treats rheumatoid arthritis and psoriasis, is the world’s best-selling medicine, and brought in global revenue of $4.87 billion in the second quarter, but sales have been falling as it faces competition from cheaper rivals in Europe.

To further diversify its pipeline, AbbVie in June announced a deal to buy Botox-maker Allergan for $63 billion.

It has also launched a new psoriasis medicine, Skyrizi, to help retain some market share.