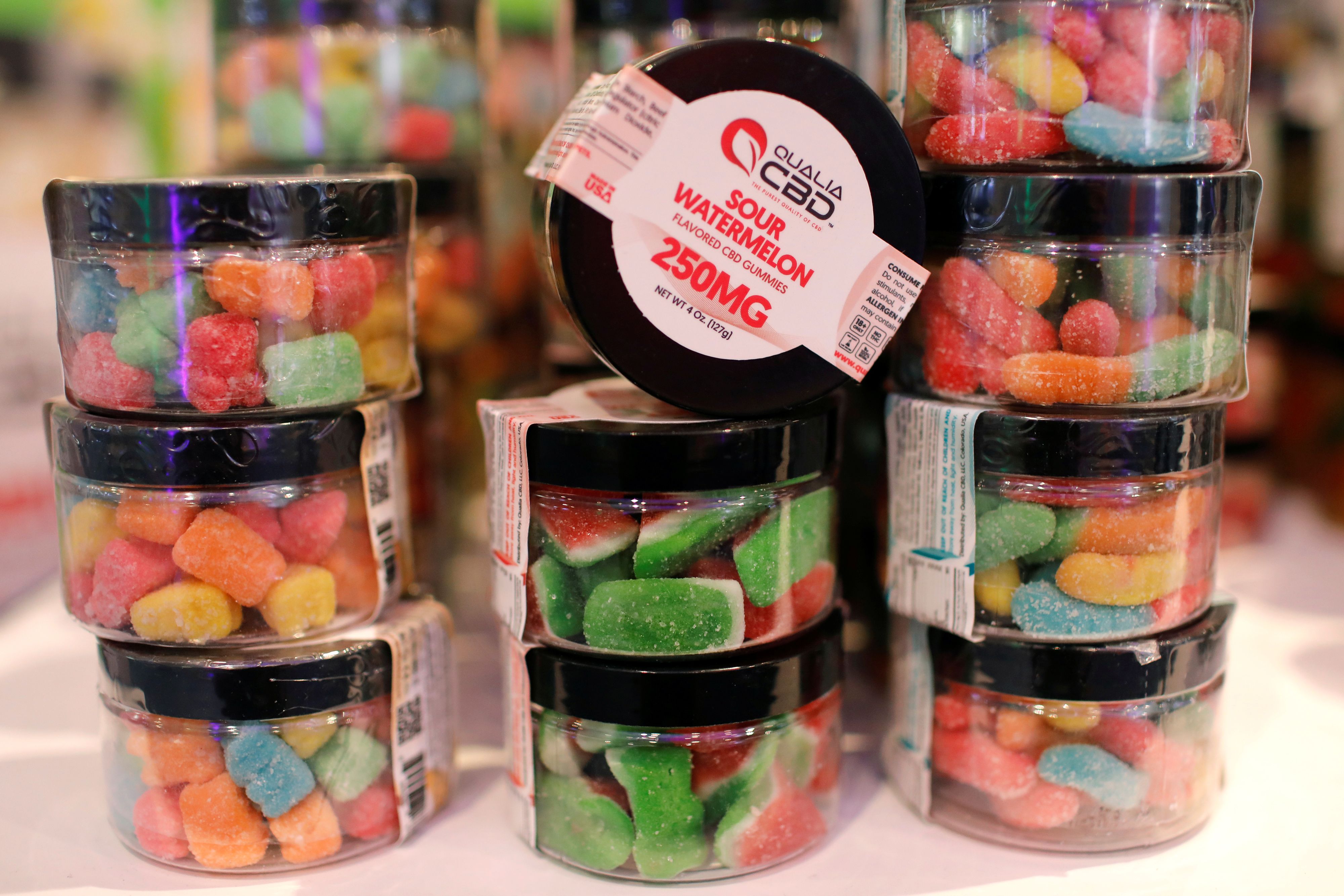 SILVER SPRING, Md. — Food and Drug Administration regulators grilled manufacturers and advocates Friday for evidence that CBD actually does anything they claim it does.

Companies are adding CBD, short for cannabidiol, to just about everything, including makeup, tea, pet treats and soft drinks — even though there’s little data to support the many claims of its benefits. FDA regulators trying to learn more about the cannabis compound held the agency’s first hearing on it Friday.

More than 100 people testified at the hearing. Speakers pushed the FDA to set up a regulatory framework to legally add CBD to food products and dietary supplements. They praised CBD and the purported benefits — and FDA panelists repeatedly asked for data. Scientists warned of the little research and many potential risks CBD brings.

Regulators requested data on how companies develop dosage recommendations for different people and purposes. They asked about the health benefits of CBD and why companies are adding them to consumer products. They also wanted to learn more about what happens when people use CBD in multiple products or when people give it to their pets.

“The theme of the day is data, specifically about dosage, interactions and why are you putting this in products, and unfortunately, I don’t think anybody is giving good answers to that,” Jonathan Havens, co-chair of the cannabis law practice at Saul Ewing Arnstein & Lehr, told CNBC.

Friday’s hearing highlighted the polarizing viewpoints on CBD. Some people praised the compound as a great discovery of our lifetimes, and others warned it could expose consumers to unnecessary and possibly lethal risks. Most speakers agreed the FDA should establish at least some oversight over the manufacturing processes, quality assurance and labeling of CBD products.

The hearing ended without a consensus on how the agency would move forward. Friday’s public hearing was simply a listening session for the FDA. The agency will take public comments through July 2, and panelists encouraged presenters to submit more data.

James Shults of Wildflower, a company that sells CBD products, including soaps and topicals, told FDA panelists that consumers need to trust the products they’re buying are safe. He said he plans to submit a citizen’s petition requesting regulation allowing CBD to be used in dietary supplements. Lowell Schiller, principal associate commissioner for policy and co-chairman of the FDA’s CBD working group, asked what the functional purpose of adding CBD to beauty products is.

Shults said he’s not “100%” on the science. Schiller asked what Shults means when he says “effective.”

“It delivers a more, a higher sense of personal attraction,” he said. “It’s more desirable in the product, not through clinical definitions but consumer opinion.”

Andy Snyder, who writes e-letter Manward Press, criticized the FDA for acting too slowly on regulating CBD, saying most Americans will view CBD like Vitamin C or other common drugs or vitamins. Schiller asked whether Snyder was familiar with any data on CBD use in children and whether he’s supportive of it. Snyder said he’s a publisher, not a scientist, but he wouldn’t give CBD to his children.

“Would you give your son or daughter Vitamin C?” Schiller asked.

“I would,” Snyder replied.

Schiller asked Susan Cromer, who owns retailer LilyHemp, what actions she takes to prevent youth access. Cromer said she requires shoppers to be at least 21, an age limit she set based on the minimum age to buy alcohol.

Scientists warned regulators how little they know about CBD. Igor Grant, from the University of California, San Diego’s Center for Medicinal Cannabis Research, presented research showing cannabis’ efficacy varies based on how people consume it. For example, the body absorbs it much quicker when people vape CBD than when they eat it, he said.

“If you’re talking about putting some CBD salve on an elbow, maybe it helps, maybe it doesn’t. We don’t know,” he said.

Bill Gurley, professor at the University of Arkansas for Medical Sciences, presented a study that reviewed products in Mississippi labeled as containing CBD. The study found that numerous such products actually contained synthetic CBD.

“This unregulated industry with high public demand and no requirements and oversight for quality that is skirting the edge of legality has ample room for nefarious activity,” said Michelle Peace, an assistant professor at Virginia Commonwealth University who specializes in forensic toxicology.

Some presenters held up quality issues as evidence of why the FDA needs to regulate CBD products. Betsy Booren, Grocery Manufacturers Association’s senior vice president of science and technology, said the group and its members applaud the FDA for taking the first step in stakeholder engagement.

Acting FDA Commissioner Ned Sharpless said Friday that regulators don’t know much about CBD despite the claims. His predecessor, former FDA Commissioner Scott Gottlieb, warned in an interview with CNBC’s “Squawk Box ” on Friday about possible risks with using CBD like unintentionally getting high.

“I think the FDA is going to have to grapple with what the legal framework looks like here, based first, ultimately, on the science and whether it’s safe and what’s an allowable level with respect to putting CBD in the food supply,” Gottlieb said later in an interview with CNBC.

Some presenters urged the FDA not to allow companies to add CBD to consumer products.

Friday’s meeting was the first step in what could be a lengthy regulatory process. Writing new regulations for CBD could take years, if the FDA decides to pursue any at all.

“Some people are going to leave this and say FDA is overreaching and crying danger when there’s no danger and they’re trying to stop a lucrative and incredible capitalist growth potential,” said Douglas MacKay, CBD company CV Sciences’ senior vice president of scientific and regulatory affairs. “Then there will be folks who say FDA is about to make the worst mistake ever and we’re in terrible danger because this stuff is about to be unleashed on the population. Neither of those viewpoints make sense.”

Amy Abernethy, deputy commissioner and acting CIO at the FDA, said in a tweet Friday that the agency has a tough job in evaluating the compound, but that the public docket available for entry is likely to  “expand our understanding, add new information, and reinforce observations today.”

“We will work as quickly as possible to define a way forward,” she said.