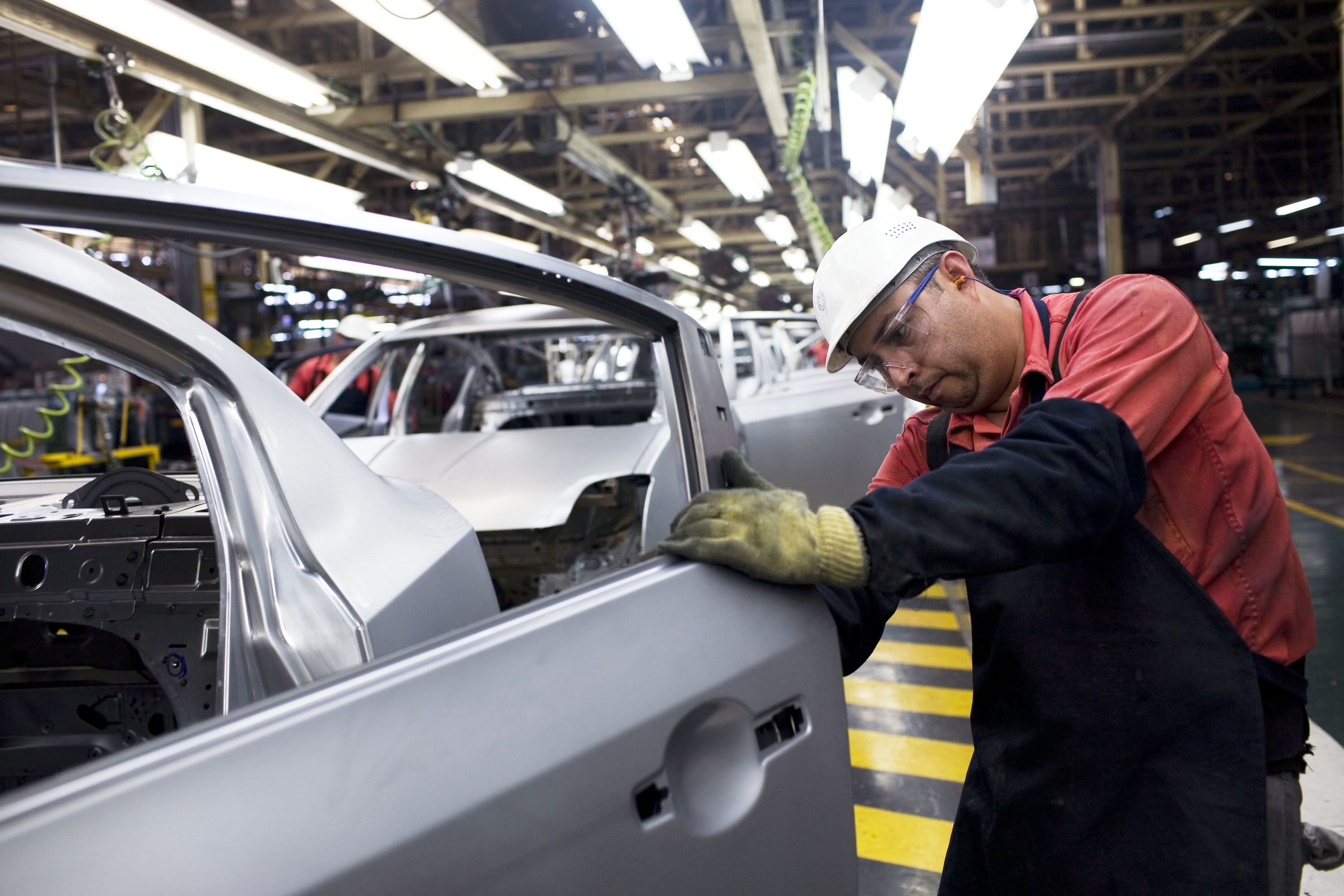 An employee carries puts the finishing touches on a car at the Nissan Motor plant in Aguascalientes, Mexico.

When General Motors took the wraps off the new Chevy Blazer in June, the company expected it to be a very profitable vehicle. After all, SUVs are in hot demand, the styling got high marks and the fact that it was being built in Mexico meant the profit margin would be fatter than usual.

Now the Blazer is one of many models potentially caught up in President Donald Trump’s latest trade threat. If Trump makes good on his promise to put a 5% tariff on everything the U.S. imports from Mexico, GM will be stuck with a tough choice on the Blazer.

“What is GM’s strategy going to be for handling these tariffs?” asked Michelle Krebs, an analyst at Autotrader. “I’m not sure GM knows if it should eat the cost, which would kill profit margins, or pass the 5% along to consumers which would raise prices and hurt sales.”

Neither choice is a good one for GM or any other automaker importing models and parts from Mexico. Since the passage of the North American Free Trade Agreement in the mid-1990s made producing cars in Mexico more financially attractive, the auto industry has increasingly added plants and assembly lines south of the border. That’s turned Mexico into the world’s sixth-largest country for auto production.

The majority of what’s built in Mexico winds up being sold in the U.S., the total climbing to just under 2.7 million vehicles last year, according to the International Trade Administration.

When it comes to using Mexico as a production hub, no manufacturer has embraced Mexico more than GM. Last year, the automaker sold 690,865 Mexican-made Chevy and GMC models in the U.S., that’s 27% of the domestic sales for those brands, according to Cox Automotive. Fiat Chrysler’s Ram truck brand also has a huge production footprint south of the border. Cox Automotive says 39% of the Ram trucks sold in the U.S. were built in Mexico.

Neither Fiat Chrysler nor GM are commenting on Trump’s new tariff threat, leaving the auto industry’s trade association to comment on the potential impact. David Schwietert, CEO of the Auto Alliance said, “Any barrier to the flow of commerce across the U.S.-Mexico border will have a cascading effect — harming U.S. consumers, threatening American jobs and investment.”

The president is hoping the threat will force Mexico to stop migrants from crossing the border. If not, he believes tariffs adding hundreds of dollars to the cost of a new vehicle will force automakers to move out of Mexico.

“In order not to pay Tariffs, if they start rising, companies will leave Mexico, which has taken 30% of our Auto Industry,” Trump tweeted Friday morning.

Industry analysts doubt that will happen.

“These decisions [on factory locations] predate Donald Trump, and that plant will be in place for 30 or 40 years. So it will long outlive him as well. So they have to make strong economic sense to make these plant investment decisions,” said Kristin Dziczek of the Center for Automotive Research.

Krebs is also skeptical auto tariffs would force GM, Fiat Chrysler or any other automaker to close an existing plant in Mexico and replace it with a new facility in the U.S.

“Heavens no that is not going to happen,” said Krebs, ” It costs billions of dollars and takes years of planning to set up an auto plant. Automakers can’t just move them around quickly.”