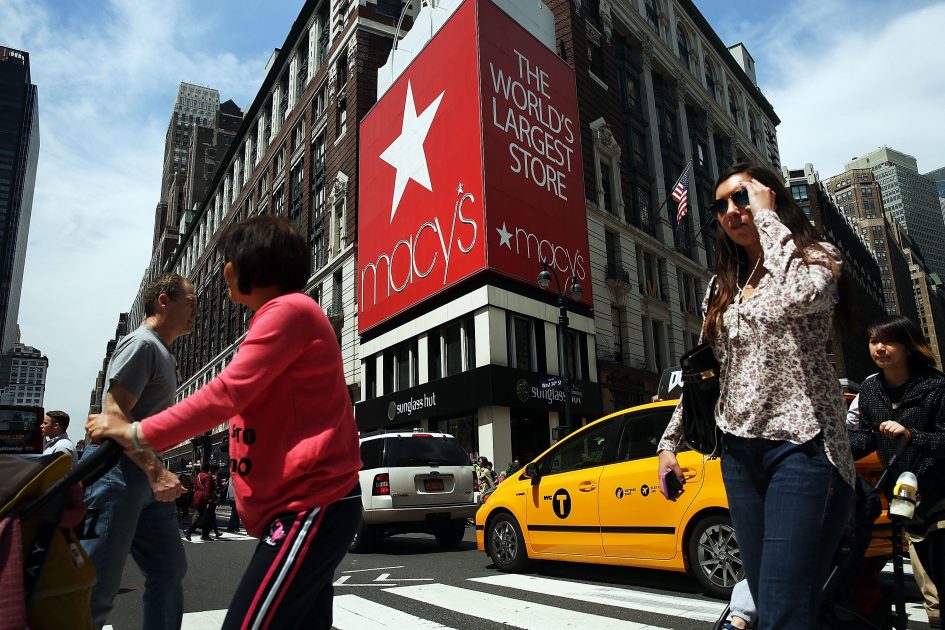 Retail stocks buckled on Thursday as a dreaded fourth round of tariffs moved swiftly from a threat to a reality with one tweet. The sector’s slide continued Friday as investors braced for this latest blow.

U.S. President Donald Trump wrote in part in the third tweet of a thread of four “…the U.S. will start, on September 1st, putting a small additional Tariff of 10% on the remaining 300 Billion Dollars of goods and products coming from China into our Country. This does not include the 250 Billion Dollars already Tariffed at 25%. “

Many consumer products, like clothing, shoes and electronics have been spared from the last three rounds of tariffs. But the remaining $300 billion of China-made goods will capture it all.

Most retailers are letting lobby groups speak on their behalf on the issue as investors wait for earnings, but not all.

“Let’s not tank the economy with the misguided conception that trade wars are fun,” said Columbia Sportswear CEO Tim Boyle, in a statement.

Tariffs are “a disaster for the American economy, employers and consumers,” he continued, adding that his company and others “will be forced to raise prices.”

Shares of Best Buy shed almost 11% Thursday, and slipped a bit further Friday. Up to now, the consumer electronics company has said tariffs impacted around 7% of the total cost of goods sold.

When analysts asked executives to define the impact if a fourth round of tariffs were levied, then-CEO Hubert Joly said: “While we understand List 4 as proposed is comprised of many consumer items, including many electronics, we think it is premature to speculate on the impact of further tariffs, as it is unclear whether List 4 will actually be implemented, what products would ultimately be included, at what rate, and when.”

Shoe-maker Steve Madden shares shed more than 9% Thursday, and tumbled another 3% on Friday. Madden is on a number of analysts’ watch lists as a name that could be particularly hard hit if tariffs are levied on shoes. Piper Jaffray estimates 94%t of its manufacturing is done in China.

A whopping 70% of shoes sold in the U.S. comes from China, according to the Footwear Distributors & Retailers of America, an industry organization with more than 500 members including Madden.

Department stores, like Macy’s, Kohl’s and Nordstrom were among the carnage on Thursday, but were about flat on Friday. All three sell a mix of national brands like Nike and Ralph Lauren along with their own private label and exclusive merchandise. While department stores will see categories previously excluded from recent tariffs like apparel now subject to the extra duties, at least for the national brands there may be some level of splitting the higher costs between the vendors and the department stores.

Macy’s had said it has mitigation strategies in place, and each category is being looked at individually. When it comes to price increases, the retailer has said it will hold prices on some products, likely those that are more elastic. In other cases, prices will rise. Home Depot is employing a similar strategy.

Cowen & Company estimates Gap Inc. and L Brands both have around 20% sourcing exposure to China. Both retailers are mostly vertically integrated, meaning the goods sold are manufactured just for their own brands, which means there aren’t vendors help absorb, or split, the higher costs from tariffs.

But even retailers with lower exposure to Chinese manufacturing, like Coach- and Kate Spade-owner Tapestry, and Michael Kors-parent Capri Holdings sold off sharply in reaction to pending tariffs. Tapestry shares were up less than 1% on Friday, while Capri slipped nearly 2% more.

Many retailers have been working on diversifying supply chains outside of China for years, and in many cases have tried to accelerate those plans when possible over the last year. Still, more U.S. sold apparel is made in China than anywhere else. In 2018, 42% of all U.S.-sold apparel was made in China, according to the American Apparel & Footwear Association.

RH is one of the retailers that has been looking at production outside of China. In a statement Thursday, the company formerly known as Restoration Hardware, said it has “multiple sourcing alternatives outside of China” it has been evaluating and noted it “expects no impact” to its current fiscal or next year’s results from the new tariffs.

The furniture seller said the categories subject to the Sept. 1 tariffs make up less than 1% of its total inventory receipts for fiscal year 2019 and less than 2% of anticipated inventory for fiscal 2020. RH shared closed down more than 2% Thursday, and fell another 2% Friday.

“We are disappointed the administration is doubling-down on a flawed tariff strategy that is already slowing U.S. economic growth, creating uncertainty and discouraging investment,” said David French, senior vice president for government relations at the National Retail Federation. He added, “the tariffs imposed over the past year haven’t worked.”

“American families shouldn’t be a pawn in this trade war” said Hun Quach, in a statement from the Retail Industry Leaders Association.

“The fact that this tweet comes after only one meeting with the Chinese delegation following the resumption of talks is extremely concerning,” Helfenbein said.