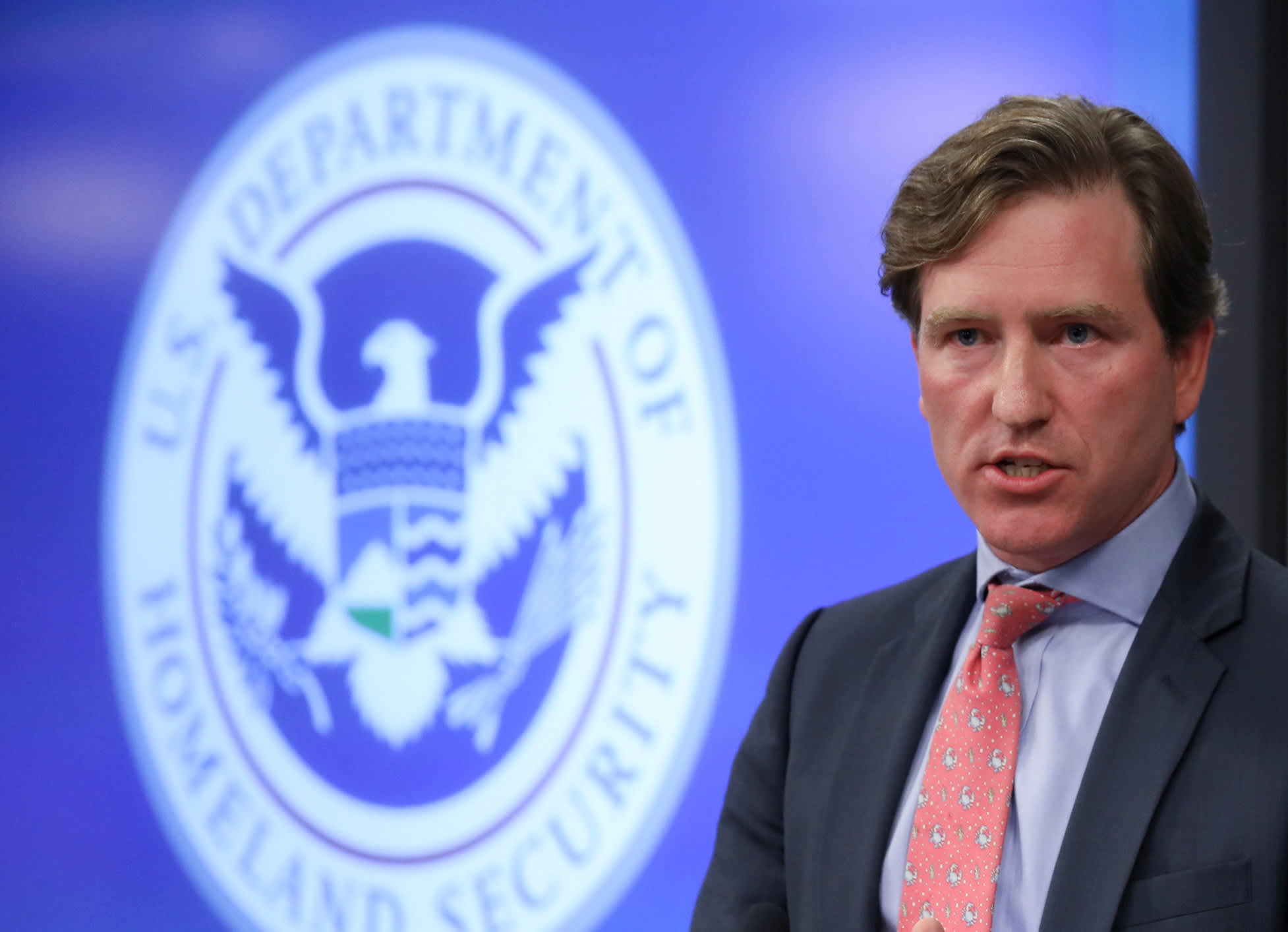 U.S. Department of Homeland Security Under Secretary Chris Krebs speaks to reporters at the DHS Election Operations Center and National Cybersecurity and Communications Integration Center (NCCIC) in Arlington, Virginia, U.S. November 6, 2018.Jonathan Ernst | ReutersWASHINGTON — The former head of the Department of Homeland Security’s Cybersecurity and Infrastructure Security Agency said Sunday that adversaries have attempted to steal intellectual property related to the coronavirus vaccine.”The big four, Russia, China, Iran and North Korea we have seen to some extent all four of those countries doing some kind of espionage or spying, trying to get intellectual property related to the vaccine,” Chris Krebs, former CISA Director said on CBS “Face the Nation.””What we had been thinking through at CISA was not just the vaccine developers but their entire supply chain and really trying to look for those critical weak spots,” Krebs said.”So it’s not just about Moderna and some of the others that are developing the vaccine — it’s their supply chains, its the distribution channels and public health institutions,” he said. “Those are the folks that we have to continue to spread cybersecurity support to from the national security community and from the private sector.”IBM released a report last week which found a global phishing campaign targeting the Covid-19 cold chain, a part of the supply chain that preserves vaccines a low temperatures during storage and transit. CISA encouraged organizations associated with Operation Warp Speed, the U.S. vaccine program, to review the IBM report for any indicators they may have been compromised.Krebs, the former head of the CISA, was responsible for leading the effort to protect U.S. elections. He was fired by President Donald Trump in a pair of tweets last month.Trump said that Krebs gave a “highly inaccurate” statement about the security of the 2020 presidential election.Trump, who has not yet conceded to president-elect Joe Biden, alleged that the election was riddled with “massive improprieties and fraud.” Twitter labeled the president’s tweets with a warning the claim about election fraud is disputed.Krebs had previously said that there is no evidence the elections were compromised by foreign interference.”It is time for leaders in the national security community, in the Republican party to stand up, accept the results and move forward,” said Krebs, a life long Republican.

Most Republican lawmakers still won’t acknowledge Biden’s win over Trump, report says
Dr. Scott Gottlieb: ‘I will not eat indoors in a restaurant’ because the Covid risk is too high
To Top
error: Content is protected !!
Top