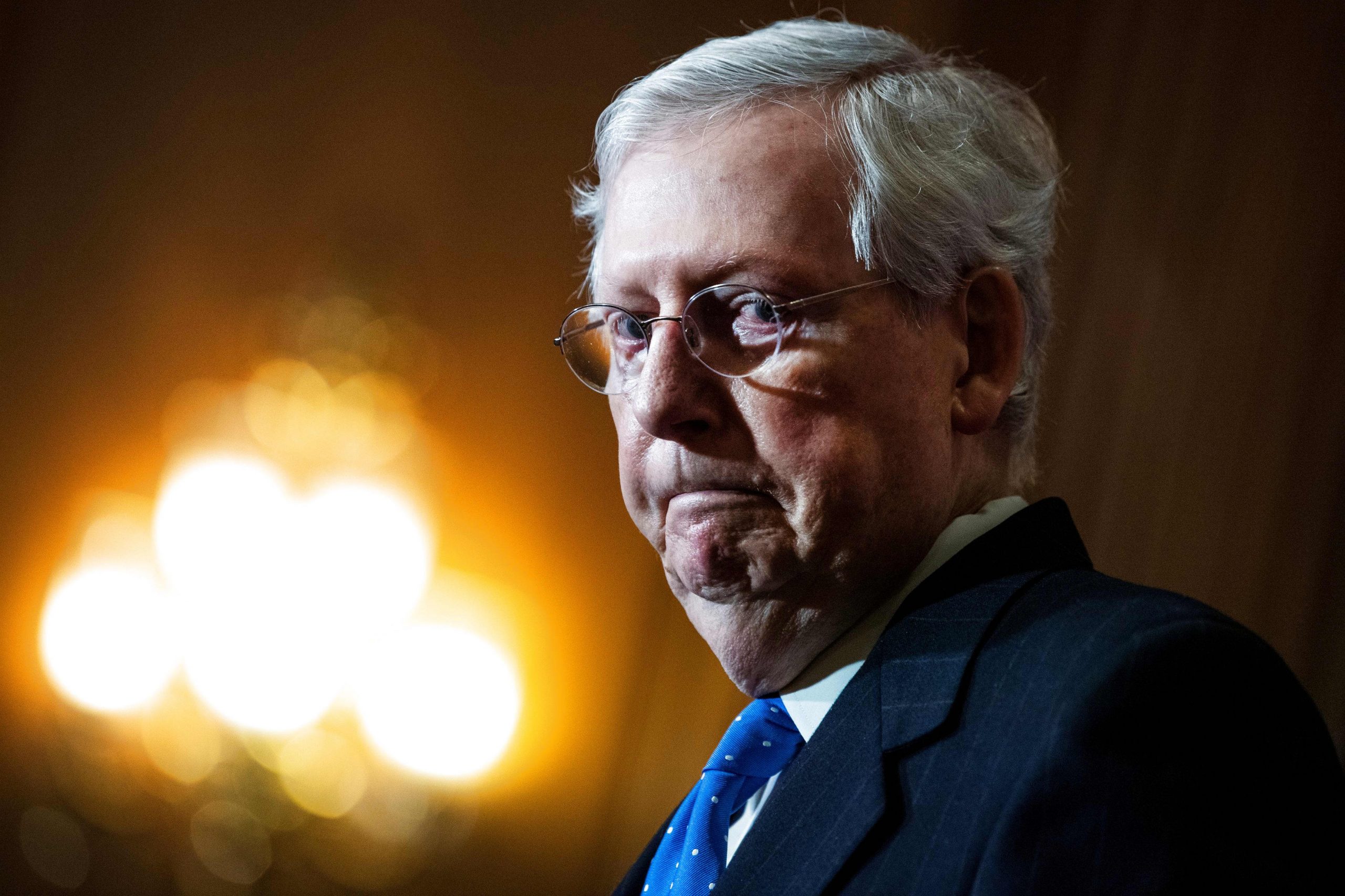 U.S. Senate Majority Leader Mitch McConnell (R-KY) talks with reporters following the weekly Republican Senate conference meeting in the Mansfield Room at the U.S. Capitol in Washington, December 1, 2020.Tom Williams | ReutersOnly 27 GOP lawmakers in Congress acknowledge Democrat Joe Biden’s win over Donald Trump in the U.S. presidential election, according to a Washington Post survey released Saturday.Of all Republicans in Congress, roughly 88% — or 220 lawmakers — would not say who won the election, and two lawmakers said Trump won, the survey found. The results come nearly a month after NBC News projected Biden as the winner.Regardless of the findings, Biden will win the White House with 306 electoral votes, according to NBC News, flipping the states of Pennsylvania, Michigan, Wisconsin, Georgia and Arizona. Lawyers for the Trump campaign, including former New York Mayor Rudy Giuliani, have tried to overturn Biden’s win by launching lawsuits in a number of key swing states, though most of them have been rejected.After weeks of delay, General Services Administration chief Emily Murphy told Biden’s team on Nov. 23 that the Trump administration is making federal resources available for his transition into office. However, the president has continued to make unsubstantiated claims about electoral fraud, falsely claiming that he’s won the election “by a lot.”Incoming White House chief of staff Ron Klain told MSNBC on Nov. 12 that some Republican senators reached out to Biden after the election, though he wouldn’t name which ones. On Friday, former White House advisor Kellyanne Conway told The 19th News that “it looks like Joe Biden and Kamala Harris will prevail” as the winners of the election despite Trump’s legal battles.Many of Trump’s voters appear to be following the president, according to a recent CNBC/Change Research poll. Only 3% of Trump voters surveyed said they accept Biden’s victory as legitimate, the survey released Monday found.A staggering 73% of respondents consider Trump the legitimate winner. Another 24% said they are not sure.Read the story from the Post here.— CNBC’s Jacob Pramuk and Kevin Breuninger contributed to this report.Update: This story has been updated to reflect a response Sen. Deb Fischer, R-Neb., emailed to The Washington Post that described Joe Biden as “president-elect.” A spokesman for Rep. Anthony Gonzalez, R-Ohio, responded Saturday to the Post survey.