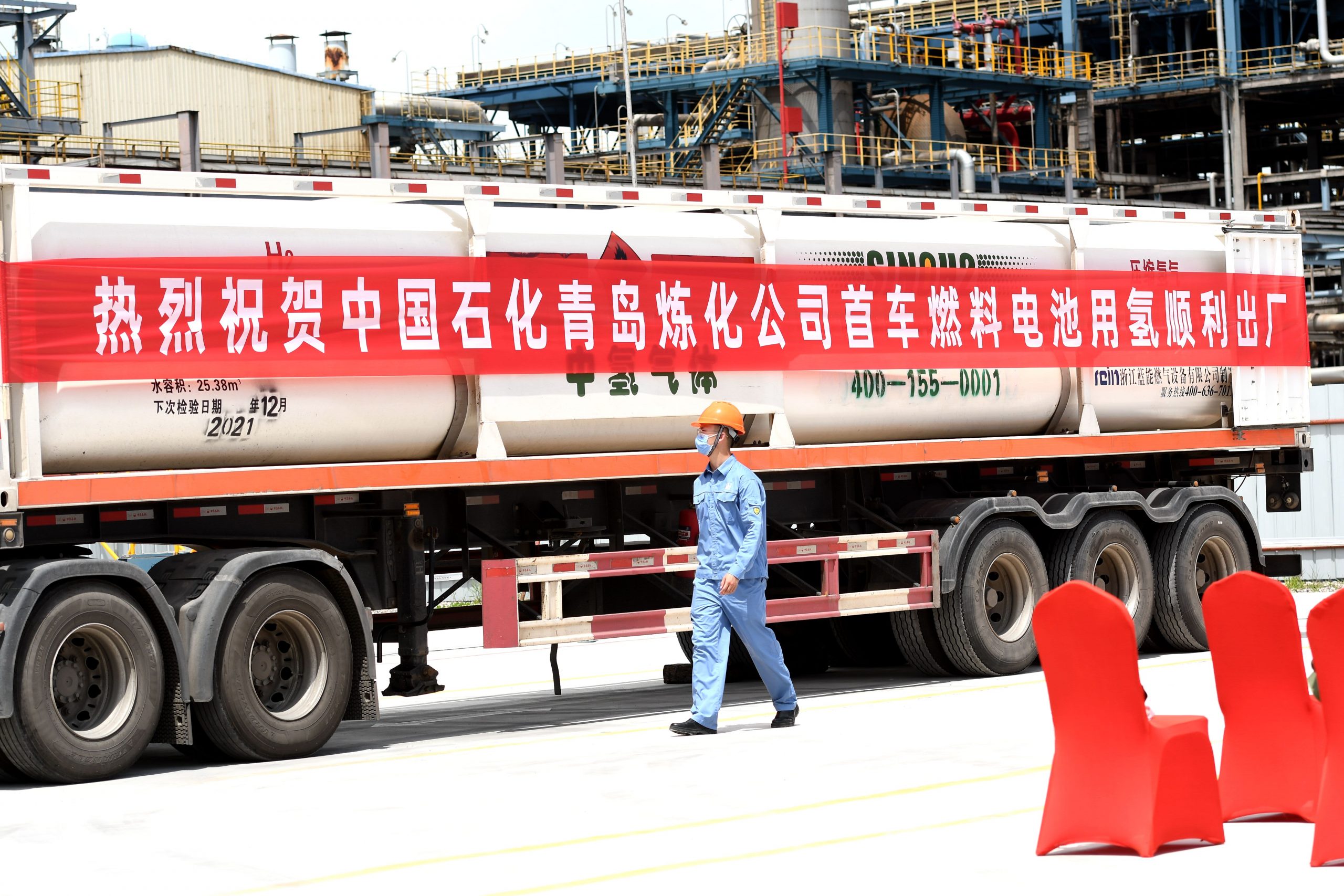 Hydrogen fuel cell vehicles are set to become a major player in China’s commercial truck market, predicts JPMorgan’s Elaine Wu.”Currently, the fuel cell vehicles account for less than 5% of the commercial truck market in China and that could grow to about one-third of total market share in 2050,” Wu, head of Asia ex-Japan ESG and utilities research at the firm, told CNBC’s “Squawk Box Asia” on Monday.Fuel cell electric vehicles run on electricity powered by hydrogen, which can can be used to store and deliver energy derived from other sources. Hydrogen is a clean fuel and when consumed in a fuel cell, produces only water.One reason why fuel cell vehicles are a “very good option” for the commercial truck market is due to their refueling time of only around 10 to 15 minutes, Wu said. They also have a travel range of around 800 kilometers, about 50% to 100% above lithium battery electric vehicles.Major automakers such as Toyota, Honda and BMW are tapping into the hydrogen fuel cell market.China is already pushing for the promotion of fuel cell vehicles, according to the JPMorgan analyst.”The [Chinese] government is promoting something, what we call ‘city clusters’ so that there could be demonstrative cities telling successful stories of how fuel cell vehicles are implemented in various parts of the country,” Wu said.”This is also a policy that we saw implemented about a decade ago, when the central government was trying to produce lithium battery electric vehicles. And we saw how successful that was.”Beijing has said it would like 20% of new cars sold to be new energy vehicles by 2025. Competition is fierce in the domestic electric vehicle space, with Tesla competing against the likes of homegrown players such as Nio and Xpeng.China’s climate goalsWith China’s pledge to become carbon neutral by 2060, hydrogen will likely play a role in heavy industry as a clean energy source, according to Wu.”For this heavy industrial sector, high heat content is required and renewable power therefore is not a good option to fuel heavy industrial sector — but hydrogen is,” she said.The analyst said China leads the world in hydrogen production, and accounts for a third of global output.Read more about electric vehicles from CNBC Pro”In the future, there could be promotion of green hydrogen production whereby renewable power is going to be used to produce hydrogen,” Wu added.Hydrogen is currently produced from coal, and shifting to green production will only be possible if renewable power costs continue to decline, she added.”What we’ve seen in the past 10 years is that the cost to produce solar power has dropped by 80% in China. The cost of wind power production has dropped by 40%,” she said. “If this trend continues — and we believe that it will due to technology advancement — so that means that green hydrogen will be possible in the future when these things come into play.”— CNBC’s Anmar Frangoul and Evelyn Cheng contributed to this report.