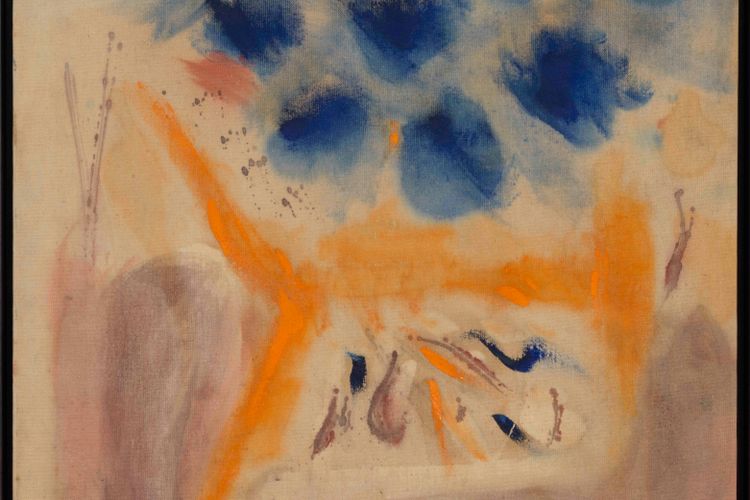 
Last year, Gagosian introduced an innovative virtual online viewing room during Art Basel. This year, the gallery is creating another sales platform during the Swiss fair, this time taking a bricks and mortar approach with an off-site pop-up exhibition titled Continuing Abstraction (10-16 June).

It is unusual for large, non-Basel resident galleries to mount satellite exhibitions in the Swiss city during the fair—they are more normally mounted by smaller operations that do not exhibit at Art Basel.

But, for its first off-site exhibition in the city, Gagosian has taken a space at Rheinsprung 1—well placed to capitalise on collectors in town, it is a mere 160m toddle from Les Trois Rois, the hotel of choice for the better-heeled among the Art Basel crowd.

Continuing Abstraction traces the development of the visual language of abstraction from Abstract Expressionism in the aftermath of the Second World War to the present, enduring through myriad artistic movements, styles and sociohistorical contexts. The show is concentrated, writes Sydney Stutterheim in the catalogue introduction, around the “three key formal components of abstract painting”—namely the exploration of the materiality of paint, of gesture and of composition.

“We are presenting an exhibition this year because we found the right space, both in size and location, to present a show of the calibre expected in Basel,” says a gallery director. “While the idea of abstraction itself is not new, our exhibition looks at its trajectory beginning from the immediate post-war era, both in the United States and in Europe.” Works by several of the gallery’s current artists, such as Joe Bradley, Theaster Gates, Brice Marden, Albert Oehlen and Mary Weatherford, will be “in conversation with historical artists, such as Willem de Kooning, Helen Frankenthaler, Agnes Martin, Jackson Pollock and Cy Twombly,” the director adds. Most of the are for sale but, as ever, Gagosian will not comment on prices.

Unlike many other blue-chip Art Basel exhibitors, such as Hauser & Wirth and Lévy Gorvy, Gagosian has not mounted an exhibition in Zurich for Zurich Art Weekend (7-9 June), the traditional stopping off point for collectors en-route to Basel—Continuing Abstraction could be viewed as an alternative, in a more convenient location for the fair.