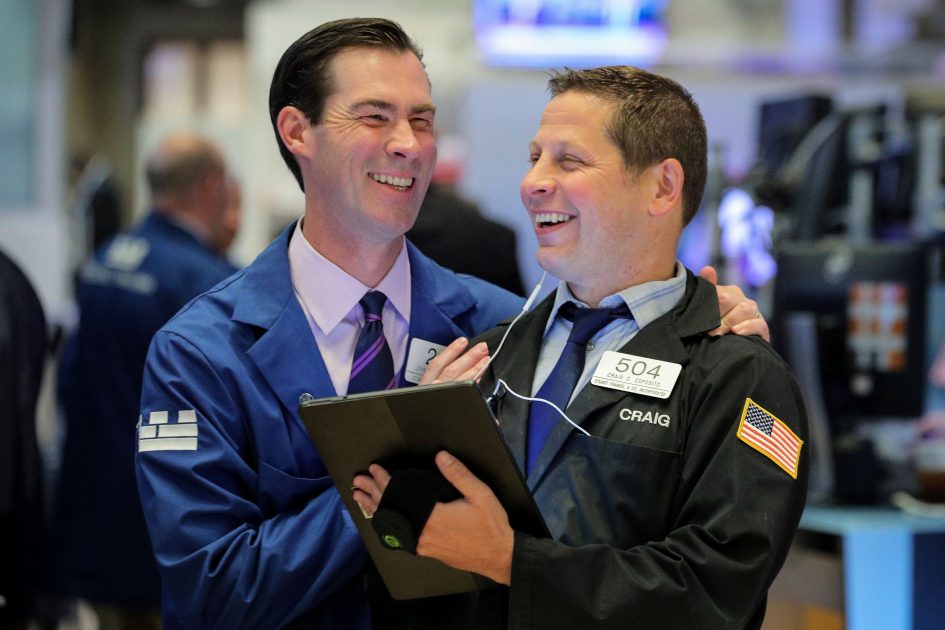 General Electric – GE reported adjusted quarterly profit of 17 cents per share, 5 cents a share above estimates. Revenue also beat forecasts, and the company boosted its full-year outlook. GE saw ongoing weakness in its power business, but aviation, oil and gas, and renewable energy revenue grew. Separately, GE announced the impending departure of CFO Jamie Miller, who will stay on until a replacement is found.

Spotify – The music streaming service posted a wider-than-expected loss for its latest quarter, but revenue exceeded estimates. Spotify also reported a 29% jump in monthly active users and a 30% increase in premium subscribers compared to a year ago, although some subscriber metrics were below analysts’ forecasts.

Garmin – The GPS device maker beat estimates by 15 cents a share, with adjusted quarterly profit of $1.16 per share. Revenue also beat forecasts, and Garmin raised its full-year earnings and sales guidance amid improvement in all four of its segments.

Humana – The health-care company earned an adjusted $6.05 per share for its latest quarter, beating the consensus estimate of $5.31 a share. Revenue also topped forecasts, and Humana raised its full-year earnings guidance on strength in its Medicare Advantage health plan business. Separately, the company announced it will buy back $1 billion in stock from a third party financial institution.

Carlyle Group – The private-equity firm announced it would convert from a publicly traded partnership to a C-corporation effective January 1. It’s the latest PE firm to do so, following rivals like Blackstone, KKR, and Apollo.

Apple – Apple reported quarterly profit of $2.18 per share, 8 cents a share above estimate. Revenue beat forecasts as well. The better-than-expected results came despite a 12% decline in iPhone sales during the quarter.

Gilead Sciences – Gilead beat estimates by 10 cents a share, with adjusted quarterly profit of $1.82 per share. Revenue also came in above estimates. The drugmaker’s bottom line got a boost from improved sales of HIV treatments. Gilead also raised its full-year sales forecast.

Amgen – Amgen earned an adjusted $3.97 per share for its latest quarter, compared to a consensus estimate of $3.59 a share. The biotech giant’s revenue also came in above estimates, as sales of newer drugs helped offset a drop for its older treatments that have gone off patent.

Mondelez – Mondelez matched estimates with quarterly earnings of 57 cents per share, with the snack maker’s revenue slightly above Street forecasts. Mondelez raised its 2019 forecast for organic sales, and also announced a 10% increase in its quarterly dividend.

Electronic Arts – EA reported adjusted quarterly profit of 19 cents per share, compared to a consensus estimate of 1 cent per share. The video game publisher’s revenue also came in above Street forecasts. EA got a boost from the success of its “Apex Legends” game, which helped drive a nearly 20% increase in revenue from the company’s live services.

FireEye – FireEye lost 1 cent per share for the second quarter, surprising analysts who had expected a 1 cent per share profit for the cybersecurity firm. Revenue came in above estimates, but operating expenses were up more than 7%. The company cut its full-year guidance, as it continues its transition to a subscription based model.

Advanced Micro Devices – AMD reported in-line profit of an adjusted 8 cents per share for its second quarter, with the chip maker’s revenue essentially in line. AMD warned, however, that third-quarter revenue would be below analysts’ projections as gaming console chip demand falls.

Yum China – Yum China beat estimates by 7 cents a share, with quarterly profit of 46 cents per share. The restaurant operators revenue was slightly below forecasts, however, and Yum China said it expected sales growth to “moderate” going forward.