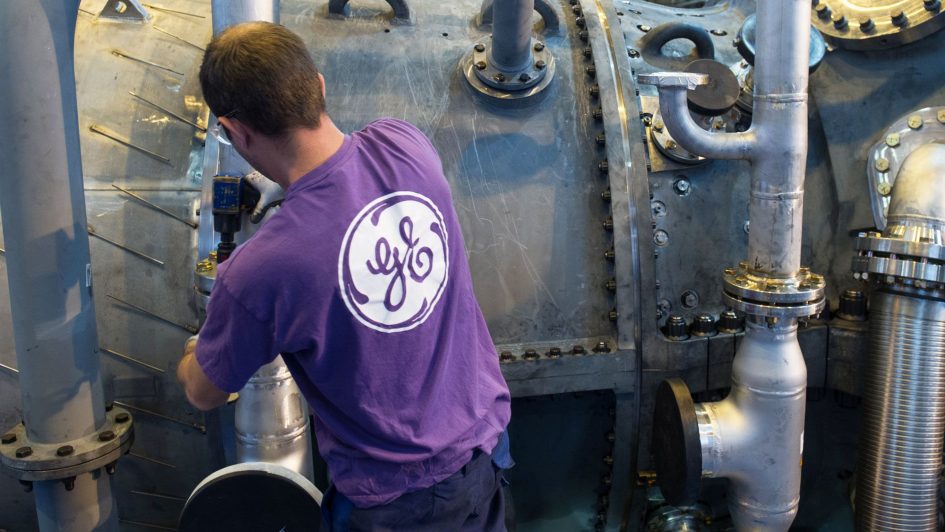 An employee of General Electric works on a gas turbine at the GE plant in Belfort, France.

Shares of GE rose over 1% in premarket trading from its previous close of $10.52 a share.

GE reported adjusted earnings of 17 cents a share, down 6% from the same quarter last year but above the 12 cents a share anticipated by analysts surveyed by Refinitiv. The company also reported lower revenue of $28.83 billion compared to its previous second quarter, which was also a hair above the $28.68 billion analysts surveyed by Refinitiv expected.

“We made steady progress on our strategic priorities in the second quarter. Our top-line growth was solid, and Power made meaningful improvements on fixed cost reduction and project execution,” GE Chairman and CEO Larry Culp said in a statement.

Culp tempered investor expectations for this year in previous comments, as he seeks to turn GE around. The company’s struggling power business “is in a serious turnaround mode,” Culp said in March, and GE expects the market for gas-powered turbines will remain stagnant through 2020.

Despite Culp’s warnings, GE shares are up nearly 45% this year — on pace for its best year since 1999.