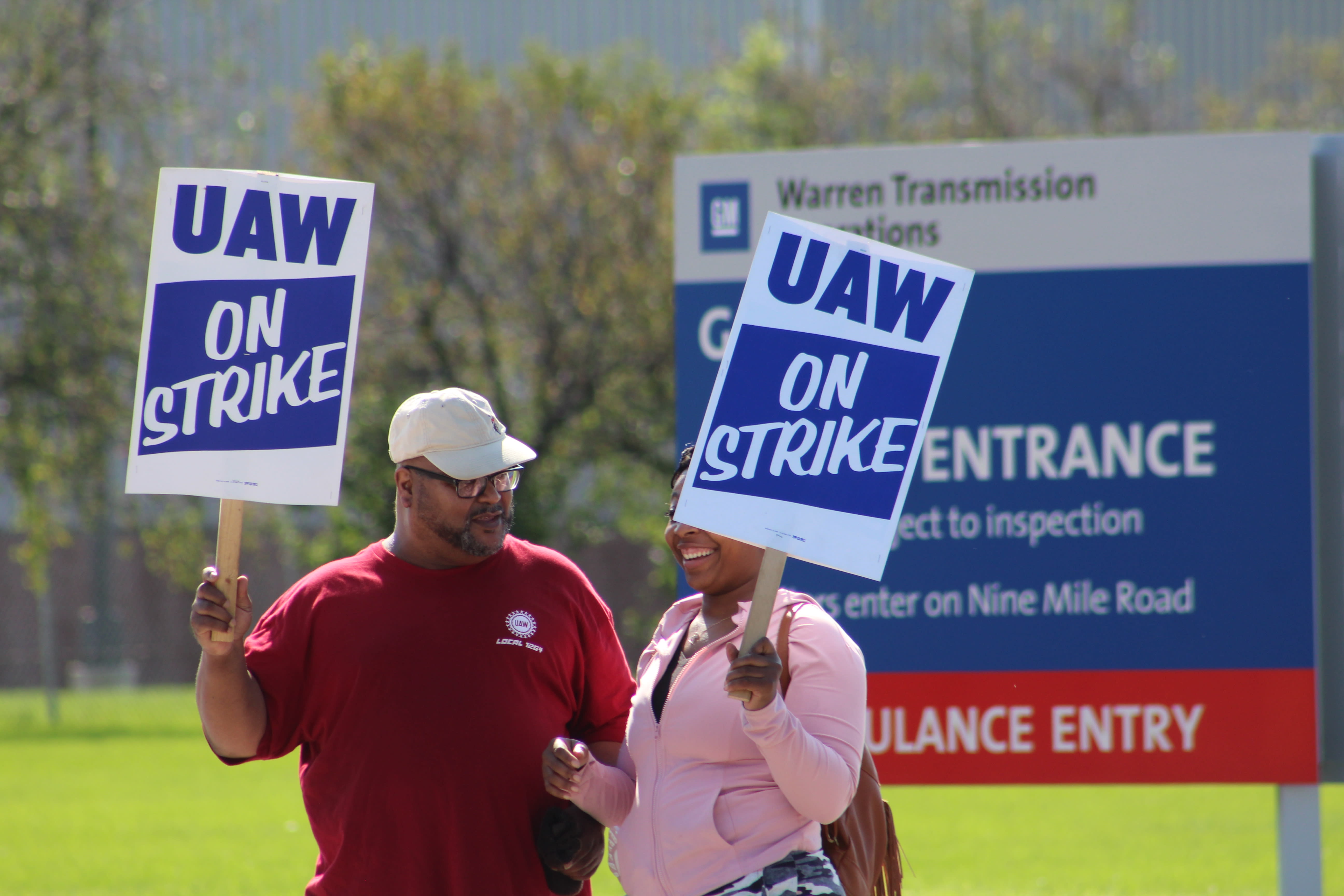 United Auto Workers members picket outside a General Motors transmission plant on Sept. 18, 2019 in Warren, Mich.Michael Wayland / CNBCDETROIT – General Motors told more than 1,200 workers in the U.S. and Canada they were being temporarily laid off as of Monday due to the United Auto Workers’ ongoing strike against the automaker.The fresh round of cuts is on top of an estimated 4,500 temporary layoffs GM and its suppliers handed out to employees as of Friday, according to Jerry Dias, president of Canadian trade union Unifor, which represents GM and other auto workers in Canada.The latest furloughs include roughly 525 hourly employees at the automaker’s jointly-operated DMax engine facility in Ohio and about 700 people at GM’s St. Catharines, Ontario, powertrain plant, according to company and union officials. That brings the total number of workers temporarily out of jobs to 3,725 at GM and at least 2,000 employees at its suppliers. The total is likely significantly higher as there isn’t a way to track all of GM’s suppliers. GM didn’t immediately comment on the new layoffs Monday. On Friday, the company said it planned to resume operations at plants that have been temporarily shuttered due to the strike “as quickly as possible” once they get a deal. Julie A. Fream, president and CEO of auto parts trade group the Original Equipment Supplier Association, said last week the “vast majority of North American supplier plants shipping product to GM will need to adjust their production schedules” if the strike continues for a week or more. The group declined Monday to say how many suppliers have been impacted by the UAW strike so far. Roughly 48,000 UAW members with GM have been on strike since Sept. 16 after the two sides failed to reach a deal by a Sept. 14 deadline. It is the union’s first national strike against the automaker since a two-day work stoppage in 2007 and the longest national strike since the 1970s.GM’s use of temporary workers, potential closure of plants and health care contributions have been among the major sticking points, according to people familiar with the talks.The strike is estimating to cost GM up to $100 million a day in lost production, according to Wall Street analysts.GM shares remained stable early Monday afternoon after opening at $36.79. The stock is down about 4% since closing at $38.86 on Sept. 13 – the Friday before the strike began.

Toy sales are expected to make a comeback this year, NPD says
‘You are failing us,’ Greta Thunberg at UN Climate Action Summit
To Top
error: Content is protected !!
Top