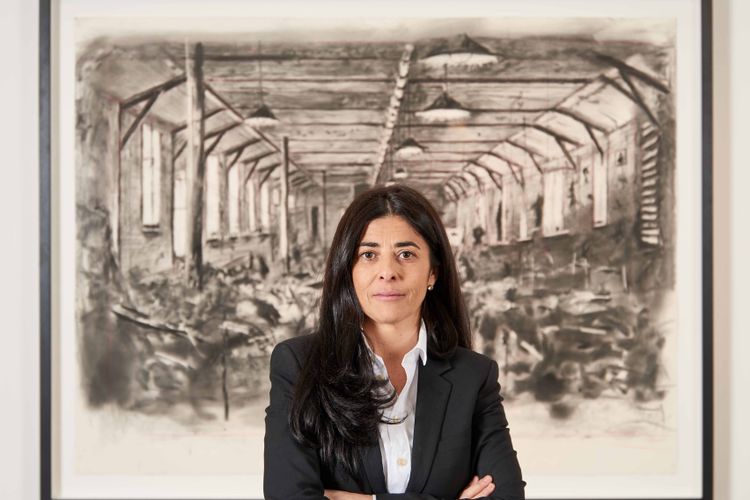 
South Africa’s Goodman Gallery is to open in London this autumn, the first name to be confirmed for Pollen Estate’s capacious Cork Street gallery redevelopment which has been empty aside from pop-up shows since it was completed last year.

Adding to galleries in Cape Town and Johannesburg, Goodman Gallery’s new space at 26 Cork Street will extend to 5730 sq. ft across the ground and basement floors of the Rogers Stirk Harbour and Partners designed building.

Undeterred by Brexit jitters and political upheaval, Goodman Gallery’s owner and director Liza Essers says she feels this is the perfect time to move into the UK capital: “For a gallery that has championed social justice for over 50 years, I feel it is important to play more of a front line role in shaping the discourse in the UK. At this time of heightened nationalist sentiment and populist politics, it’s important to reach beyond one’s own borders and arriving in the UK approaching Brexit is an interesting time.”

She adds: “A lot of people have said ‘why are you coming now, aren’t you scared of Brexit?’ And I actually don’t feel that.” She wants to face it head on? “Yes, absolutely. It’s about promoting social justice.”

“Having a space in London really grows our impact on the global ecosystem in the long-term, as opposed to [African art] just being part of a fashionable moment,” Essers says. “We can ensure that the influence of African and diasporic art can stretch beyond that fashionable moment and be part of the discourse in terms of writing other perspectives into art history.” Although she does not rule out opening in New York in the future, Essers says: “London has always been the first place I wanted to open up out of Africa.”

Is opening here in part to keep hold of artists at a time of increasing competition from other galleries? “It’s definitely a part of it, but it’s not the prime reason,” Essers says. “We’re opening with a global programme, and Alfredo Jaar, for example, has been committed to not signing with London galleries because he feels particularly passionate about our programme. So it goes beyond that,” Essers says. More important, she says, is closer proximity to European institutions, such as Tate, that are increasingly buying African art: “Their curators may come to South Africa once a year, but it’s hard to build real relationships with them due to the distance.”

As the first to sign for one of the Cork Street spaces, Essers had first dibs on the exact location within the building and “considered four or five different spaces and configurations.” Julian Stocks, the chief executive of Pollen Estate, says: “I have no doubt that Goodman Gallery’s presence on Cork Street will generate even more interest in the remaining spaces.” He adds the Pollen Estate is “close to agreeing terms with another gallery and should have more good news to share shortly.”

Global refugee crisis brought to the fore in United Nations installation
The only way is ethics: the art world’s ‘networks of undue influence’
To Top
error: Content is protected !!
Top