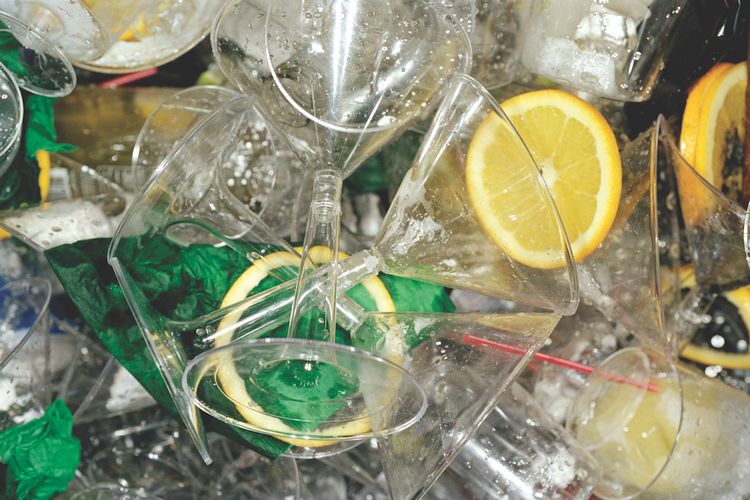 
During the opening of the Venice Biennale last month, commercially-funded satellite exhibitions from artists showing with galleries such as Gagosian, Thaddeus Ropac, David Zwirner, Hauser & Wirth and Blain Southern were as much a focus as the Biennale itself—not to mention the lavish parties these powerful galleries laid on at palazzos.

The boundary between “church” and “state”—the non-profit art world and trade—has never been so blurred and, against the backdrop of the commercial gallery involvement in the Venice Biennale, pressure is continually rising for the market to start abiding by a more formal code of ethics. Piergiorgio Pepe, a collector and founder of the consultancy firm Quantum Ethics who teaches a course on Ethics in the Art Market at Sciences Po university in Paris, believes it “needs to mature from a professional ethical perspective” following its rapid growth.

“Good judgement comes with experience and too much money flowed in [to the market] far too fast,” Pepe says. The art market’s opacity may have made it attractive to external investors, but now, Pepe argues, it needs to start playing by the same ethical rules as other sectors to prevent the “systemic biases and non-transparent practices such as conflict of interests, abuse of dominance, insider trading, nepotism, sexism, networks of undue influence” that are more prevalent in the art world than elsewhere.

A key issue is that power in the art world is still held in the hands of a few, the “network of undue influence” as Pepe calls it. He gives the emerging artist market as an example: “Galleries promote these artists to public institutions across the country for exhibitions, where their art-school friends sit in selection committees,” he says. Such well-connected galleries, he adds, also have journalist friends who write about these young artists, “resulting in a rapid overexposure of the artists and their disappearance only a couple of years down the line to leave space for a new generation of disposable artists”.

In Pepe’s view, opacity of pricing is artificially propping up some artists’ careers: “Entire careers have been built upon lies about who bought what and for how much money. Prices must remain secret—as a sign of insider power.” José Freire of the New York-based Team Gallery agrees that, without opacity surrounding pricing, “a part of the art world might collapse—namely the market that exists between the emergent and the canonical. This is the demographic most reliant on opacity.”

However, many galleries are open about their pricing—to an extent. “Pricing is something an artist and the gallery decide together, and whether it’s for a gallery exhibition or for an art fair, when works are available, we are open about prices,” the dealer Thaddeus Ropac says. “I think transparency is important. Of course, sometimes a collector doesn’t want their purchase price to be known, so we respect their privacy.”

The London-based dealer Josh Lilley says he has “always disclosed my prices” although “everyone will have their own reasons for conducting their affairs quietly”. That said, he thinks art fair committees could be structured in order to spread power, and suggests having artists on selection committees. “I still fail to see how you can have your peers/competitors having such an influence on your ability to grow and develop,” Lilley says. “The potential for conflicts of interest is there—that is unquestionable.”

Too close for comfort

It is no secret that parts of the art world thrive on conflicts of interest and nepotism. While Pepe doubts we will see a repeat of complex cases such as the Tate buying Chris Ofili’s work while he was on the museum’s board, he still believes there is an unresolved “conflict of interest of private collectors sitting on boards of museum and using the privileged non-public information disclosed in those forums for the benefit of their private collections.”

The influence of museum funders is currently a contentious issue. Charles Saumarez Smith, the senior director at Blain Southern and former secretary and chief executive of the Royal Academy of Arts, says: “There are some [donors] I wouldn’t deal with when I was at the RA. That’s an individual rather than institutional moral judgement.”

“Now, there are more questions about accepting money from people who are morally dubious. The difficulty with that is you get into the issue of [institutional] moral judgement. You start saying X is good, Y is bad.” Saumarez Smith argues that institutions should be doing due diligence on their funders. “You can’t escape the fact that art institutions have acted like the Catholic church, promising some form of salvation and moral benefit.”

Though self-regulation has been proposed as a solution, it is unlikely, Freire says: “It seems to me that accountability at an institutional level is the only possible solution. If the system is indeed fixed, we can only demand change at a public level; railing against private interests seems a lost cause. The public is starting to see how the vast majority of museum solo [shows] come from a tiny handful of mega-dealers.” Indeed, research by The Art Newspaper in 2015 revealed that artists from five of the biggest global galleries made up a third of solo museum shows in America between 2007 and 2013.

Some guidelines have been introduced, such as the Basel Art Trade Guidelines and the American Alliance of Museums’ Code of Ethics for Museums, but they only go so far and are rarely enforced. Pepe suggests that changes could include ethical training in art business courses and the workplace—what employees should do, not simply what they must do to avoid legal ramifications.

However, somewhat quietly, the larger auction houses do have formal ethics guidelines for employees. A Christie’s spokeswoman says “all employees are contractually obliged to adhere to a comprehensive code of conduct”, and the company has training programmes on subjects such as anti-bribery and—a new addition—unconscious bias.

Christie’s and rival auction house Sotheby’s both have whistleblowing hotlines through which staff can report suspected dubious practice. Sotheby’s, as a publicly listed company, has an EthicsPoint portal through which staff can report “potentially illegal, unethical or questionable conduct” by colleagues. But such systems are there to protect companies’ reputations as much as anything else. They do not exist in most smaller operations such as galleries, and Pepe argues for a broader enforcement of “solid and effective ‘compliance and ethics programmes’ for all stakeholders involved” in the market. And, it is not just down to the art trade and museums, collectors must also be more ethically accountable—after all, there are numerous stories of strong-arming galleries into complex purchase agreements to avoid VAT and other taxes.

Goodman Gallery will open in London to rail against ‘heightened nationalist sentiment and populist politics’
Rikrit Tiravanija offers cups of sake and space for contemplation at the ICA
To Top
error: Content is protected !!
Top