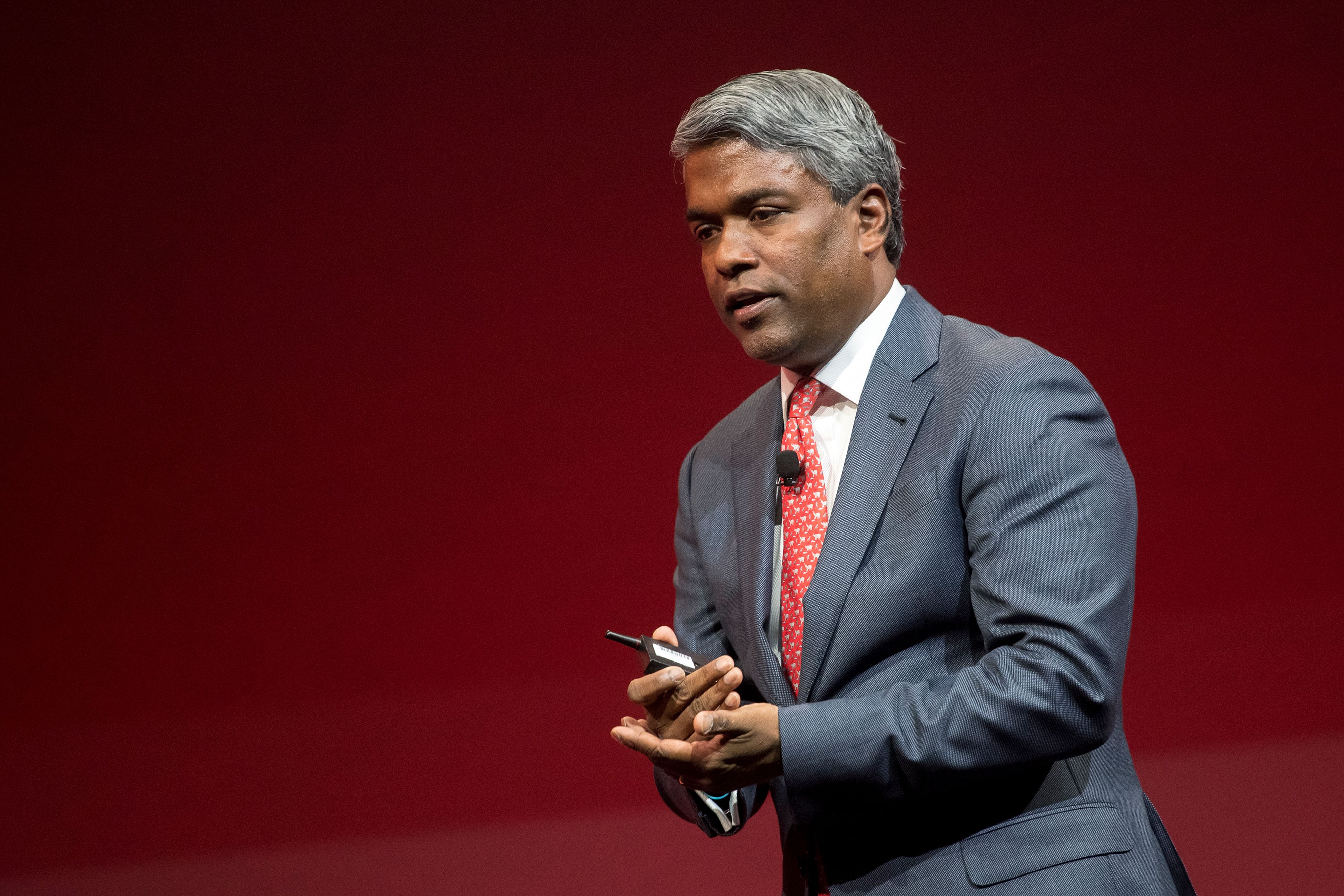 Thomas Kurian, CEO of Google Cloud and formerly president of product development at Oracle, speaks at the Oracle OpenWorld conference in San Francisco on Oct. 3, 2017.

Google is set to acquire Looker in what will be its new cloud chief’s first major acquisition in his tenure. Google said it will buy Looker for $2.6 billion in cash.

Former Oracle executive Thomas Kurian joined Google Cloud as its new CEO in November, replacing former CEO Diane Greene. Kurian indicated at a conference in February he is looking to invest and expand the business significantly, saying,  “You will see us accelerate the growth even faster than we have to date.”

Google parent company Alphabet has already invested in Looker through its venture fund, Capital G. It will be Google’s biggest acquisition since it bought home automation company Nest, another Alphabet-funded company, for $3.2 billion in 2014.

Google has been trying to gain market share from industry leader Amazon Web Services, which reported $7.7 billion in revenue for the last quarter. Google does not break out revenue for its cloud business, but has said it brings in more than $1 billion per quarter between its public cloud and cloud apps. Google had 7.6% of the cloud market share at the end of 2018 compared to 13.7% for Microsoft and 32% for Amazon, according to a report from Canalys.

The purchase of Looker will add a new analytics tool for Google Cloud’s customers. Google said the technology will help its customers analyze their data in a consistent way across different sources and help Google provide industry-specific analytics for its targeted verticals. Google said in its press release that it already shared over 350 customers through an existing partnership, including Buzzfeed, Yahoo! and Hearst.