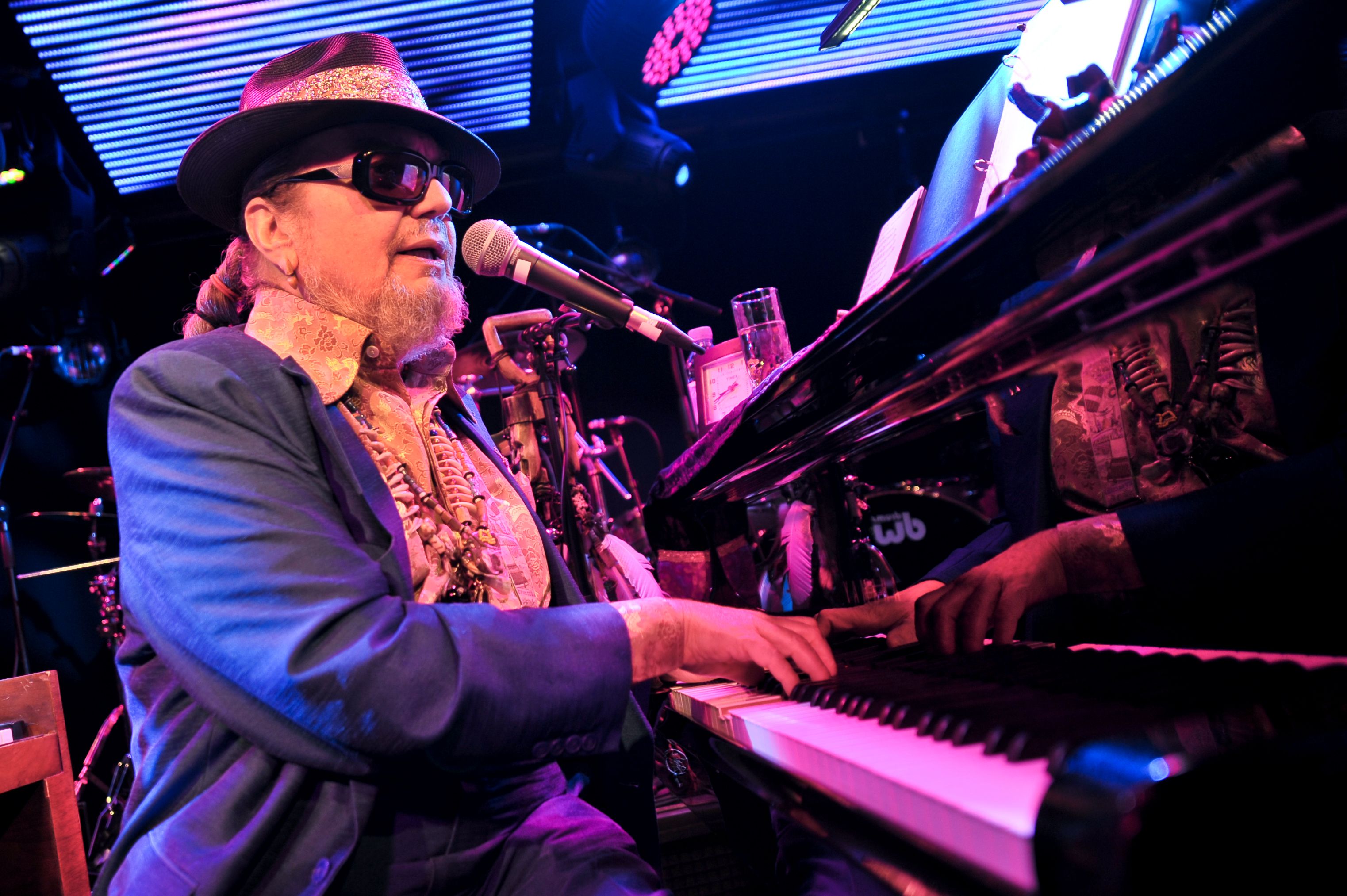 Dr. John, a six-time Grammy winner who in his incarnation as the “Night Tripper” brought the New Orleans voodoo vibe to America’s music scene and became one of the most venerated pianists in the city’s rich musical history, died on Thursday at age 77.

The New Orleans native, born Malcolm John Rebennack into a family amateur musicians, including an aunt who taught him to play piano, died “towards the break of day” from a heart attack, his family announced on his official Twitter account.

Immersed in music from a young age, he was an avid radio listener, and his father, who sold records in his appliance store, sometimes took his son along to nightclubs when he worked on their sound systems.

In grade school he began hanging around clubs, and by the time he was a teenager, Rebennack was playing in rough bars and strip clubs. Along the way, he absorbed a blend of rhythm and blues, cowboy songs, gospel and jazz, as well as New Orleans’ Mardi Gras music, boogie, barrelhouse piano and funk — or “fonk,” as he pronounced it.

Early on he was principally a guitarist, but errant gunplay in 1961 led him to change course. One of his fingers was nearly blown off when he intervened to help the singer in his band, who was being pistol-whipped by another man.

The finger did not heal sufficiently for proper guitar playing right away, but was less troublesome on a piano, and eventually Dr. John would become an heir to the New Orleans keyboard tradition of Jelly Roll Morton, Professor Longhair, Huey “Piano” Smith and Fats Domino.

He also was a successful record producer, session player and songwriter in New Orleans before a lifestyle of hanging around addicts, hustlers and thieves while working as a pimp caught up with him.

He had started smoking marijuana at age 12, and was a regular heroin user before being kicked out of high school and landing in prison on drug charges in 1965, he wrote in his autobiography, “Under a Hoodoo Moon.”

By the time he had finished his prison sentence in Texas, the local prosecutor in New Orleans was trying to clean up the city, and he was advised not to return.

That was how he ended up in Los Angeles, nearly 2,000 miles (3,200 km) from his hometown, creating the persona of Dr. John the Night Tripper, a shaman-like figure draped in furs and feathers, beads and Mardi Gras Indian-style headdresses who would make his entrance in a cloud of smoke.

He had concocted the stage character, based on a 19th-century New Orleans medicine man, for another singer but took it on himself when that performer declined to go along.

After working as a studio musician for everyone from Sonny and Cher to the Monkees, Dr. John recorded his first album, “Gris-Gris,” in 1968 with the help of several New Orleans natives.

The record, named for a protective amulet worn in voodoo culture, was inspired by the city’s music with his own twists, making it moody and mysterious with a tinge of psychedelia. It was not a big seller but found a cult audience among rock fans.

Bullfrog with a hangover

That was followed in 1973 by “In the Right Place,” which featured two standbys of the New Orleans music scene — producer Allen Touissant and the band The Meters.

With a unique vocal style reminiscent of a bullfrog with a hangover, the album would become Dr. John’s biggest commercial success, thanks to the hits “Right Place, Wrong Time” and “Such a Night.”

“Music is the one thing that keeps me alive and happy. If it don’t be for music, I think I would have threw in the towel,” he told the Times-Picayune newspaper in a 2011 interview.

A conversation with Dr. John almost required a translator to understand his malapropisms, Creole patois, hipster lingo and fabricated words, all spiced with profanities.

After Los Angeles, Dr. John moved to New York in the late 1970s, and in 1989 he finally overcame his heroin problem. He returned to live in the New Orleans area in 2009.

Dr. John recorded some 35 albums, and three of them won Grammys – “Goin’ Back to New Orleans” for best tradition album in 1992; “City That Care Forgot” about the destruction and heartbreak of Hurricane Katrina; and 2013’s “Locked Down,” which touched on his prison time, drugs and efforts to repair his relationship with his children.

He was inducted into the Rock and Roll Hall of Fame in 2011.

Dr. John was married twice and told the New York Times he had “a lot” of children.