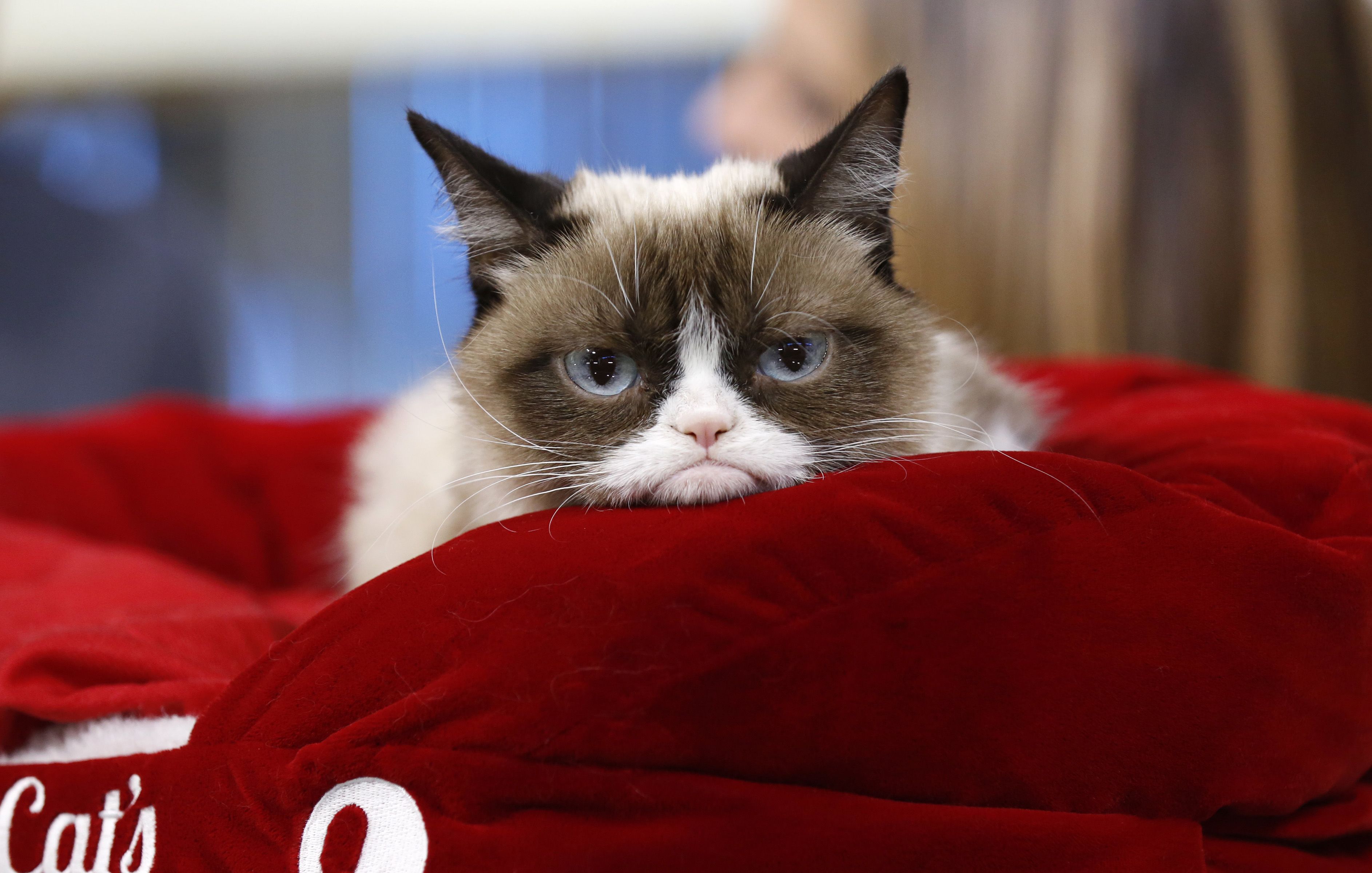 Internet celebrity Grumpy Cat, the face of countless memes, has died at the age of 7, her owners confirmed Friday.

Grumpy Cat — real name Tardar Sauce — shot to fame as a figurehead of online culture thanks to her permanent frown apparently signalling displeasure at anything and everything.

The official Grumpy Cat Twitter account announced that she died on Tuesday due to complications from a recent urinary tract infection.

“Grumpy Cat has helped millions of people smile around the world — even when times were tough,” the statement said.

Grumpy’s rise to fame began when the brother of her owner, Tabatha Bundesen, posted a picture to Reddit in 2012. It was later remixed and turned into thousands of memes on social media sites, with captions such as: “I HAD FUN ONCE… IT WAS AWFUL.”

The cat’s unusual appearance was not in fact due to her temperament but an unusual combination of an underbite and feline dwarfism, a form of genetic mutation.

Bundesen always maintained that Grumpy was in fact very pleasant and playful.

Such was Grumpy Cat’s fame that her owners began a full-time publicity operation to fulfill demand for personal appearances.

She appeared at the SXSW festival and on several commercials.

And in 2013, the Bundesens launched Grumppucino, a branded coffee drink.