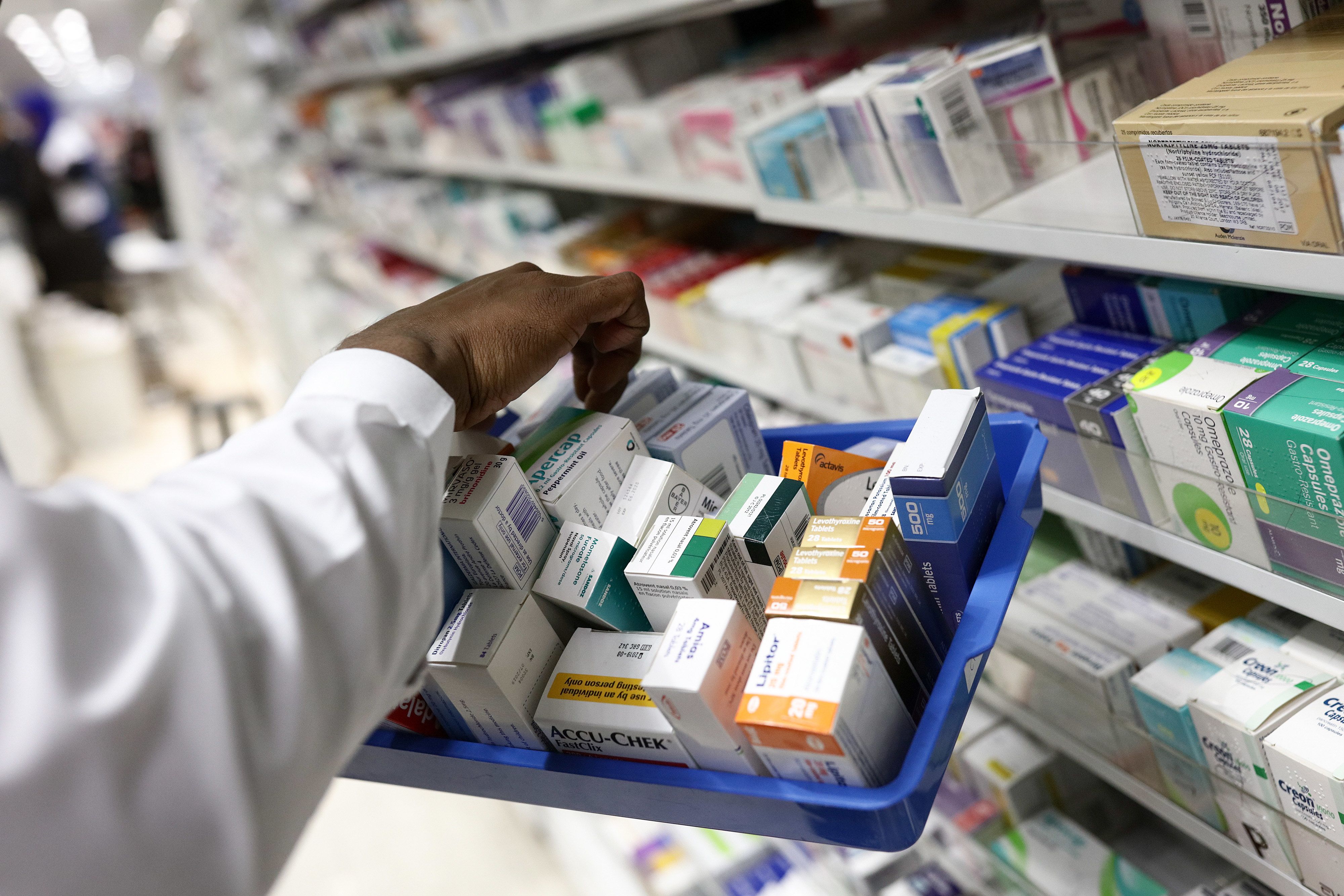 The Trump administration has decided to put part of its Medicare drug cost-cutting proposals on hold, for now, announcing that it will not give health plans the authority to negotiate pricing for certain drugs considered protected classes and will not require pharmacies to make sure Medicare patients get the lowest price on prescriptions.

The Centers for Medicare and Medicaid said Thursday it will not be implementing its lowest pharmacy price proposal for 2020, after receiving more than 4,000 comments on the rule.

“CMS is continuing to carefully review these comments as we continue to consider policies that would lower prescription drug costs, address challenges that independent pharmacies face, and improve the quality of pharmacy care,” the agency said.

A pharmacist collects medications for prescriptions at a pharmacy.

The administration also said it is not implementing a proposal, announced last fall, that would have allowed private Medicare Advantage and Part D drug plans to negotiate prices on so-called protected classes of drugs, which include cancer and HIV treatments. A number of physician and patient groups raised concerns that opening the door to negotiations on those protected class drugs would allow plans to exclude some brand drugs and limit access to important treatments for Medicare patients.

While not permitting plans to exclude coverage of drugs in protected classes, the administration will require insurers to list information on lower-cost alternative therapies in monthly Explanation of Benefits reports that are sent to patients. It also will allow plans to require prior authorization for some therapies.

“Some Medicare beneficiaries may find it harder to access particular drugs without bureaucratic hassle, but other beneficiaries who do not take drugs in these classes may not see a change,” said Rachel Sachs, associate law professor at Washington University in St. Louis who specializes in health policy law.

Not allowing the drug plans to negotiate prices for protected classes means that the administration will face increased costs to implement its key proposal to bring down drug prices, the ban on confidential pharmacy benefit discounts, known as PBM rebates.

CMS actuaries and analysts at the Congressional Budget Office have estimated that the proposed rebate rule could bring down drug costs for individual patients but will cost the government up to $200 billion more than the current rules over the next 10 years to cover some of the cost of higher premium subsidies.

The comment period on the rebate proposal ended in early April. Insurers and investors have been expecting the administration to issue final rule on the PBM rebate proposal this week.

With just over two weeks until the deadline for submitting preliminary rate filings for 2020 Medicare plans, insurers are looking for clarity on whether the measure will have to be implemented for next year.

The administration has argued the rebates, which pharmacy benefit management firms negotiate from drugmakers, have contributed to the rise of prescription list prices and out-of-pocket drug costs for patients.

The proposed rebate rule would require that negotiated discounts be passed on directly to patients at the pharmacy counter. Health insurers say they currently use those discounts to maintain lower overall premiums and that eliminating them will result in higher premiums in the short run.

Shares of CVS Health, UnitedHealth, and Cigna have come under pressure this year in part over uncertainty about the outlook for their pharmacy benefit businesses under the push for PBM rebate reform in Washington, both in the administration and in Congress.

Yet the postponement of price negotiation on protected drug classes points to just how much pressure regulators and legislators face trying to shift pricing and payment models quickly in Medicare.

“You’re seeing a proposal that could have had significant impact on classes (of drugs) … where commercial is paying less than the Part D program because of negotiation,” said Eric Percher, drug supply chain analyst at Nephron Research. He said the administration appears to have caved to advocacy groups on one of its key proposals.

“They punted on it. This isn’t guns blazing” on drug prices, Percher said.

BMO analyst Matt Borsch sees the Medicare announcement as a net positive for health insurance plans but cautions on reading too much into what the administration’s postponement on special class drugs could mean for the final rebate rule.

“I don’t think it tells us what they’re going to do,” Borsch said.