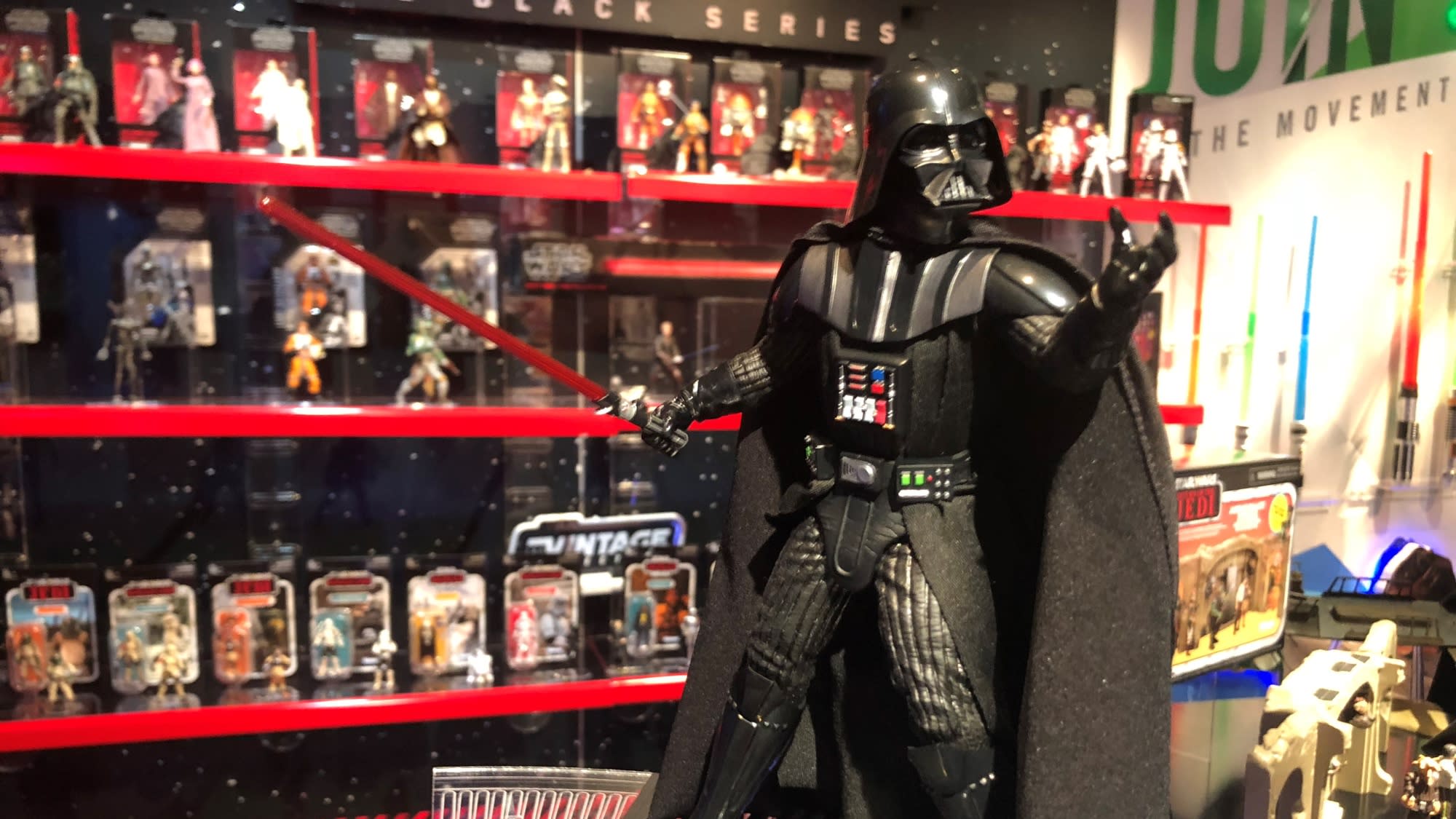 Check out the companies making headlines midday Monday:Dunkin’ Brands — Shares of the restaurant chain spiked more than 16% after the company said it held preliminary talks regarding its potential acquisition by Inspire Brands, although the company said there’s “no certainty that any agreement will be reached.” The New York Times reported that the deal could value the restaurant chain at nearly $9 billion.SAP — SAP plunged more than 23% for its worst trading day in at least 12 years after Europe’s biggest software company by sales slashed its revenue and profit forecast for 2020. The German company said coronavirus lockdowns would affect demand for its business relations and customer management software well into 2021. JPMorgan cut its rating on the company to neutral from overweight.American Airlines, United Airlines, Delta Air Lines — Shares of the major U.S. airlines sold off on Monday amid a surge in Covid-19 cases and little hope of a fiscal stimulus deal. American and Delta lose more than 6% a piece. United fell 7%. Southwest and Alaska Air ticked 3.95% and 7.2% lower, respectively.AstraZeneca — AstraZeneca shares rose 2.1% after the company said its coronavirus vaccine candidate triggered an immune response in younger and older adults alike. The company also said adverse responses to the vaccine were found to be lower among the elderly.Hasbro — Hasbro dropped 9.4% even after the toy company reported third-quarter earnings and revenue that beat analysts’ expectations. Hasbro posted a profit of $1.88 per share on revenue of $1.78 billion, while Wall Street was expecting $1.63 per share on revenue of $1.74 billion, according to FactSet. However, the company’s sales for its TV, film and entertainment division fell short of estimates.Lordstown Motors — Shares of the Ohio-based electric vehicle maker briefly jumped nearly 20% before easing to close just 4.2% higher in the company’s public-market debut. The stock began trading on Monday after a reverse merger with DiamondPeak Holdings, a special purpose acquisition company, or SPAC.Apple — Evercore ISI added Apple to its tactical outperform list, briefly sending the stock up as much as 1.3%. The Wall Street firm said Apple’s stock should keep working higher thanks to the “iPhone super cycle” and demand for other devices like Macbooks and Airpods. Apple reports earnings on Thursday. Apple shares closed flat.Mirati Therapeutics — Shares of Mirati Therapeutics jumped 9.2% after releasing preliminary data on adagrasib, a drug aimed at treating lung cancer. According to the data, the drug shrank tumors in 45% of the patients participating in the trial.—CNBC’s Pippa Stevens, Maggie Fitzgerald and Yun Li contributed.